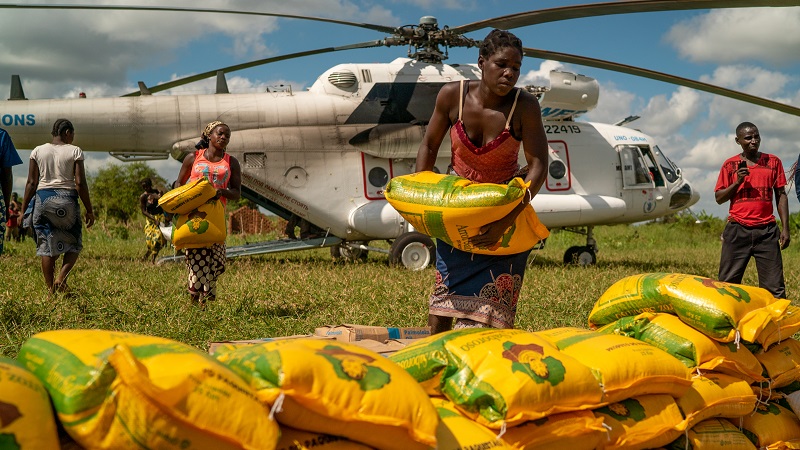 As 2019 draws to a close, the rift between the climate vanguard and the laggards has never been so wide.

Public pressure for faster and deeper emissions cuts has peaked this year and a growing alliance of countries, regions, cities and businesses are pushing for more ambitious climate action.

Across the world, the reality of climate impacts has grown ever starker. But support to help the most vulnerable cope is lacking. Meanwhile, scientists continue to warn of a narrowing window of time to act.

Entrenched nationalism continues to threaten the multilateral order which underpins the Paris Agreement and a global commitment to limit warming “well below 2C”.

Donald Trump has officially started to pull the US out of the Paris Agreement and Jair Bolsonaro is working to open up the Amazon to large agribusiness interests. Other emerging economies such as China and India are seemingly hiding behind the US retreat to delay bolder action.

Throughout 2019, Climate Home News has continued to report on the science, the people and the big diplomatic players shaping the commitments and disagreements taking the world into the future. Here were the biggest moments.

Public outcry for more ambitious climate action has never been stronger, and resonated through the western world and beyond.

Swedish activist Greta Thunberg inspired a generation of young climate strikers demanding their governments curb emissions growth and protect their future. Millions took to the streets in September calling for faster action aligned with limiting warming to 1.5C – the tougher goal of the Paris Agreement.

In the UK, a non-violent uprising by the civil disobedience group Extinction Rebellion saw thousands of climate protesters being arrested in the name of climate action. They demanded rich countries cut their emissions to net zero in less than 10 years.

Over the channel in France, CHN reported on how the crackdown on anti-government protesters is stifling the climate movement. We also looked at how the gilets jaunes, often wrongly framed as against climate action, see themselves.

The climate sector is not immune to abusive power dynamics and a life-destroying work environment. In one of CHN’s most powerful investigations this year, Megan Darby exposed the culture of bullying and harassment under Wael Hmaidan, former head of the climate movement’s largest network of organisations, Climate Action Network International.

We also exposed the harassment and racism accusations that preceded the resignation of the UN’s biodiversity chief, just as the world prepares for what some are calling the ‘super year’ for nature.

All this reporting is free to access, but not to produce. Please give a few dollars a month to support CHN’s work through our Patreon account. It’s safe, easy and a high help.

Cyclones, water shortages, droughts, floods and wildfires have caused devastating damage around the world, affecting people from California and Australia to Mozambique and India and hitting the most vulnerable the hardest. Sophie Mbugua reported from Zimbabwe where the taps ran dry as part of CHN’s African reporting programme.

Natalie Sauer went to Siberia to report on illegal logging in the taiga, the Russian boreal forest. And Fabiano Maisonnave has continued to report on the struggle of indigenous people under the Bolsonaro administration in the Amazon.

Two major scientific reports by the Intergovernmental Panel on Climate Change (IPCC) put the spotlight on the impacts of warming on land and oceans and the implications for growing food and coastal communities. CHN broke down the key findings:

In the air and at sea

How to cut emissions from the quickly growing aviation industry?  Should climate activists stop flying? Greta Thunberg sailed across the Atlantic twice to avoid the high carbon footprint of international flights, spurring the flight-shaming movement. This has become one of the thorniest debates among the climate movement this year.

Yet, the body responsible for the aviation sector is also one of the UN’s most opaque. A CHN investigation found non-disclosure agreements and closed door meetings were the norm at the International Civil Aviation Organisation (Icao).

While progress to decarbonise shipping continues  to be slow at the International Maritime Organisation (IMO), this year also saw a series of positive announcements from the sector.

UN secretary general António Guterres called a climate action summit to galvanise political leadership ahead of a key meeting in Glasgow next year when countries will be under pressure to increase their climate targets.

Standing knee-deep in water in the lagoon of a small Pacific island nation, Guterres urged countries to come with plans, not speeches, to cut emissions by 45% by 2030, stop building new coal plants, end fossil fuel subsidies and start working towards carbon neutrality by 2050.

In a deeply insightful piece, Megan Darby looked at the story behind the net zero target.

But Guterres’ demands failed to resonate among the world’s largest emitters, none of which came to the summit with a plan to decarbonise their economies. CHN reported from this year’s high-level summit in New York.

Elections brought a greener EU Parliament to Strasbourg in May, quickly followed by a new EU Commission in Brussels, which made climate change its signature issue.  The commission unveiled proposals to increase the bloc’s 2030 target to reduce emissions by at least 50% from 1990 levels.

Every member state but Poland also agreed to achieving net zero emissions by 2050. How quickly the EU can turn its plans into law-binding targets will be critical for countries to ramp up ambition next year. CHN’s coverage of this story continues into next year.

A flop at Cop

Cop25 in Madrid broke records as the longest climate talks in history. But despite the Sunday afternoon finish and two days and nights of extra time, countries could not agree on common rules to set up a global carbon market.

The summit was also a moment for countries to show their readiness to increase their climate plans next year. Small developing states and European countries backed a clear call for enhancement but a handful of large emitters obstructed progress.

A host of unresolved issues, including carbon markets, have now been kicked down the road to Cop26 in Glasgow, UK, next year. From Madrid, CHN covered the fortnight of negotiations day by day.

The road to Cop26

As the world enters the 2020 decade, the UK faces a steep climb to facilitate a resolution on the rules governing global carbon markets and leverage the world into promising greater climate ambition at Cop26 in Glasgow next year.

The country’s diplomatic corps will be put to the test at a time when diplomats are likely to be solicited to strike new trade deals as the UK prepares to leave the EU at the end of January. No small feat.

Indeed, the year ahead is critical for climate action and the spotlight will be on governments to increase their climate plans. Much expectations lie on a key EU-China summit in September that could see the world’s largest emitter promise to enhance its climate target alongside Europe. Watch this space.

Cop26 is also due to start five days after the US election. Donald Trump is seeking re-election. The outcome could be defining for climate diplomacy. The world will be watching.