Study finds one of the clearest climate change signals to date in July 2018’s record high temperatures, in a result that surprised scientists 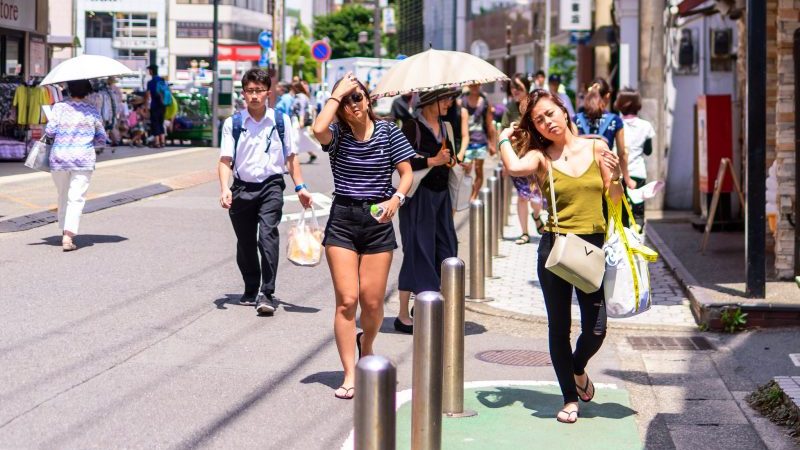 Japan’s heatwave in July 2018 could not have happened without climate change.

That is the unequivocal conclusion of a report released last week, as the country battles yet another record-breaking heatwave.

The July 2018 heatwave, which killed 1,032 people, saw temperatures reach 41.1C, the highest temperature ever recorded in the country. Torrential rains also triggered landslides and the worst flooding in decades.

Penned by the Meteorological Society of Japan, the study is the first to establish that some aspects of the international heatwave could not have occurred in the absence of global warming. Scientists reached this conclusion by employing a technique known as event attribution (EA).

The relatively new method, lead author Yukkiko Imada told Climate Home News, sought to pin down the causality of climate change in the heatwave by simulating 18 climate scenarios with and without the current 1C global warming above pre-industrial levels.

They found a one in five chance of the heatwave occurring in the current climate, but almost no chance of in a climate unchanged by human activity.

Imada described the findings as “really surprising”. “For more than 5 years, we have been studying several extreme events… using the EA strategy,” Imada said. “But in most cases, we could express the results like ‘the likelihood of the event increased by X times due to the human-induced climate change’. That is, the probability rarely becomes ‘zero’ even under the non-warming climate [scenario].”

The study shows it was “essentially impossible” for a heatwave that devastating to happen under natural conditions, Nicholas Leach, a researcher in climate attribution at Oxford University, told CHN.

“Climate change is happening and it’s happening more and more quickly, at least in the past decade,” he said. “You would expect that from the fact that it is still warming to start seeing more of these papers.”

Born in the early 2000s, the field of “extreme weather attribution”, of which the study is part, has grown in the past years, with 230 peer-reviewed studies on record in March.  It tracks the human fingerprint of climate change on extreme weather events such as droughts, heatwaves, floods and storms. Though the field will usually conclude that the likelihood of an event has been multiplied by climate change, papers categorically linking an event to the climate crisis are not unheard of.

Back in December 2018, a study of the 2017/18 heatwave in the Tasman Sea concluded the “overall intensity of the 2017/18 Tasman [heatwave] was virtually impossible without anthropogenic forcing”.

On Sunday, temperatures hit a new record of 39.5C on the island of Hokkaido, according to the Meteorological Society of Japan. This was the first time that the temperature shot past 38C during any month of the year.