Comment: Even as governments agreed the ambitious goals of the 2015 global pact, it was clear citizens would have to mobilise to hold them to their promises 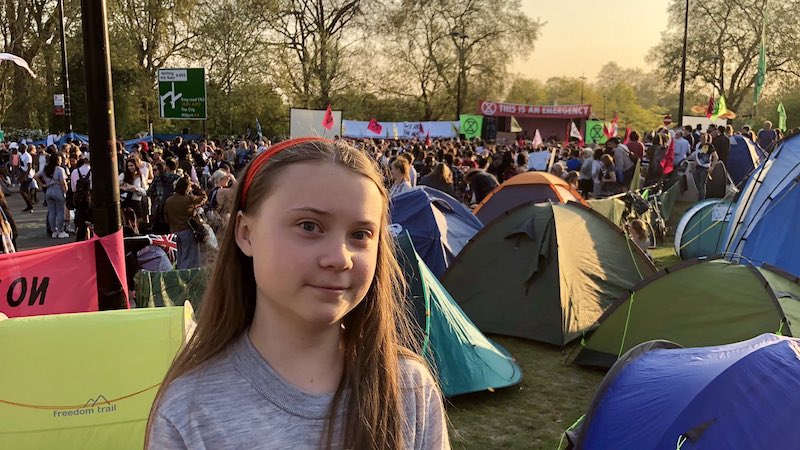 London was hot over the recent bank holiday – hotter than ever recorded for Easter Monday.

And it saw climate protests the like of which we have never seen before as the Extinction Rebellion movement sought to disrupt transport at key points in the city. This was extraordinary in itself – but just part of a bigger picture of mounting anger and protest at climate inaction in so many places.

From the school strike movement started by Greta Thunberg in Sweden and which has spread across the world, to the youth-led Sunrise Movement that has catalysed a new political offer from the progressive end of US politics (the Green New Deal), something is stirring and growing in scale and intensity at remarkable speed.

The roots of this hopeful tipping point in the politics of climate change lie in the failure to deliver on the promise of something virtually every nation in the world agreed to do. The Paris Agreement of 2015 achieved agreement and ratification by country governments at an unprecedented rate for any international agreement – and, quite remarkably, entered into force years ahead of schedule at the end of 2016, due to the political momentum generated in the international community.

Michel Barnier: We need a Green New Deal for Europe

So, this wasn’t a minority concern. All countries – in all their economic, social and cultural diversity – agreed that we needed to act, and act urgently.

But there was a problem. The central goal of the Paris Agreement is to keep global temperatures to 1.5C above pre-industrial levels (there is a 2C goal too, but increasingly the consensus is that the less ambitious target is wholly inadequate to protect nature and people alike). The original set of national action plans submitted for Paris – even if fully implemented – would see the world at around 3C above pre-industrial temperatures in 2100.

Increasingly it is clear that the level of warming we are headed for without rapid and urgent action will involve massive destruction of human wellbeing and the natural world. Latest science suggests a high risk that 3-4C of temperature increase over pre-industrial levels will trigger runaway warming (through cascading tipping points) and throw the climate system into a ‘hothouse’ state.

Even now the impacts of climate change on the poorest people in the poorest countries are severe and growing. They are paying the price for the emissions that have built the prosperity that richer countries enjoy.

According to UN scientists global emissions need to drop by half by 2030 and reach net zero by 2050. And rich countries need to move much faster than this to give the world a chance of avoiding climate breakdown. As Greta Thunberg told the UK parliament we need to stop talking in terms of ‘lowering’ emissions and start thinking in terms of eliminating them.

In practice this step change means rapid and far-reaching transitions in energy, the management of land, radically rethinking our urban societies and infrastructure and transforming our industrial systems. These are huge challenges but achievable if action is taken quickly.

In human history the big shifts rarely happen without a major challenge from motivated citizens to the established order. It seemed at one point a part of the natural order of human society that some peoples lived in slavery, that small children should work for a living, that only wealthy men should be allowed to vote. There are many more examples of things that were once considered acceptable – even necessary to the functioning of the social order – which we now see as morally abhorrent. Without the determination of people on the right side of history we could not have progressed past those points.

The world agreed to do something in Paris in 2015 that is absolutely necessary – and since then has not done remotely enough to fulfil the ambition. It was clear from the start that the first set of national plans were grossly inadequate. So the Paris Agreement incorporates a five year review process – often referred to as ‘the ratchet’.

It was also clear this drastic raising of ambition would need citizens to mobilise and demand action from their governments. It should be a sign of great hope and affirmation of faith in the future of human society that that is now happening with such speed and power. It really is becoming possible to visualise a range of countries (not all, for sure) coming back to the table with meaningful increases in ambition to tackle the climate crisis at the next round of submissions for national plans in 2020.

The changes we need to make now to secure a hopeful future for nature and people are profound and challenging. But it is wonderful that so many people – and above all so many children who will have to live with the future consequences – are mobilising to demand urgent and serious action. This is a moment of hope.

Andrew Norton is director of the International Institute for Environment and Development (IIED).