A loan from International Monetary Fund allows the African country to rebuild from climate-linked disaster – but drives the poor into debt, campaigners warn 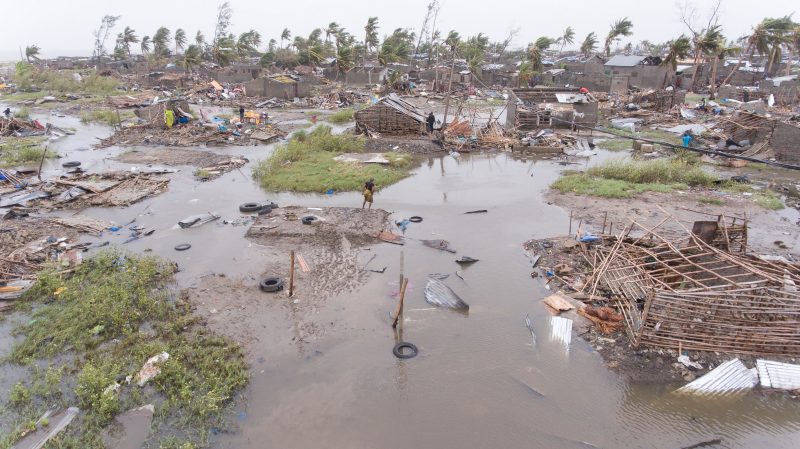 The world’s sixth poorest country faces the second storm with an extra $118 million of debt, after the International Monetary Fund (IMF) last week granted an interest-free loan for rebuilding.

It unfairly saddles victims of climate disaster with the costs of a problem they did little to cause, campaigners argued, calling for better support systems.

Sarah-Jayne Clifton, director of Jubilee Debt Campaign, said it was “a shocking indictment of the international community” that Mozambique had to borrow money to cope.

“What’s happening to Mozambique is going to happen to other places more frequently. Unless there is a more systematic approach for tackling debt problems of poor countries, there is going to be a climate debt trap spiralling out of control,” she told Climate Home News.

The politicians ate the money meant for disaster preparation and management.

Even as we speak, Cycone Idai relief aid & donations cannot be accounted for. ♂️ pic.twitter.com/LJROjCrB1V

Kenneth is the strongest storm ever to make landfall in Mozambique, according to meteorologists. On Thursday it brought winds of 220km/h and heavy rainfall to the north of the country, which has never recorded hurricane-force winds before.

It comes after Cyclone Idai swept through Mozambique, Zimbabwe and Malawi in March, leaving widespread homelessness and outbreaks of cholera in its wake.

While no study has specifically measured how climate change affected the likelihood of these cyclones, global warming is known to intensify certain tropical storm effects.

“There is absolutely no doubt that when there is a tropical cyclone like this, then because of climate change the rainfall intensities are higher,” Dr Friederike Otto from the University of Oxford told the BBC. “And also because of sea-level rise, the resulting flooding is more intense than it would be without human-induced climate change.”

Research published in November found that climate change had made hurricanes Katrina, Irma and Maria wetter, intensifying rainfall by as much as 10%.

Under the Paris Agreement on climate change, countries agreed to work together to address “loss and damage” caused by climate change – but little cash has been forthcoming to support this agenda.

Julie-Anne Richards is a consultant and campaigner for a “climate damages tax” on coal, oil and gas producers to fund support to victims of climate disaster.

“Part of the overall problem with climate change is a problem of injustice: the people who didn’t cause the problem are typically those facing the worst impact,” said Richards. “To ask them – the poorest, the most vulnerable people – to then take a loan for the loss and damage resulting from climate change is just an outrageous doubling down of the injustice of climate change”.

Jubilee Debt Campaign, meanwhile, is urging the IMF to write off debt to countries hit by Cyclone Idai, as it did for Ebola-stricken countries in 2015. Back in March, the IMF offered close to $100 million to Guinea, Liberia and Sierra Leone under the so-called post-catastrophe debt-relief mechanism.

Clifton said the Washington-based institution can afford to do so, pointing profits it made from lending to middle- and high-income countries. As of October 2018, it had $30 billion in reserves.

Without relief, Mozambique is at growing risk of debt crisis, according to Clifton. London banks have injected more than $2 billion of secret loans to the government, without the approval of the parliament. At least $700 million of that has gone missing, and a US state investigation alleged that at least $200 million of the loans was spent on bribes to bankers and politicians involved in the deal.

In a statement to Climate Home News, the IMF defended the loan, emphasising the speed and terms with which it was delivered. “The IMF Executive Board approved on April 19, 2019, a quick disbursement of US$118.2 million under the Rapid Credit Facility (RCF),” a spokesperson wrote. “This concessional loan – carrying a zero interest rate – is the Fund’s most appropriate instrument for assisting member countries following a natural disaster. Also, the RCF disbursement will play a catalytic role in securing external grants to help Mozambique recover as quickly as possible from this tragic episode.”