Dozens of promises were made by governments, civil society and business. Accountability is the next step 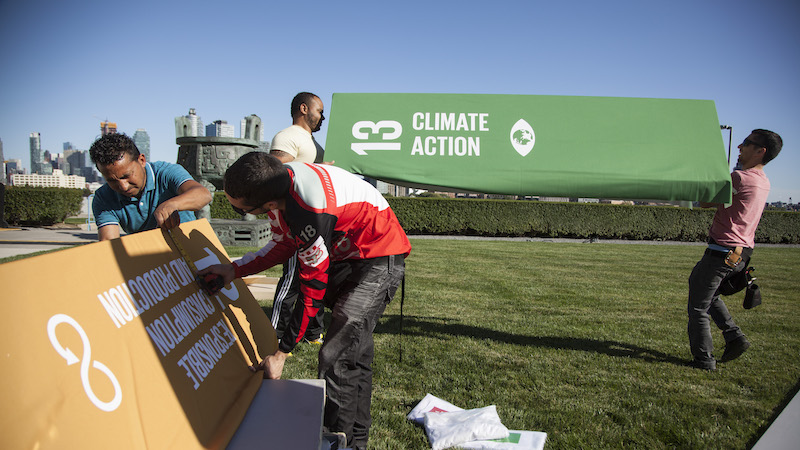 By Chloé Farand and Natalie Sauer

Too often countries and companies make climate commitments that grab the media and political spotlight, only for governments or priorities to silently change.

While the world’s largest emitters failed to present substantive plans on how they are going to drive carbon out of their economies, dozens of announcements on climate action were made over the three-day summit.

CHN is publishing this (non-exhaustive) list of initiatives, promises and goals with a view toward accountability. We will be returning in the coming months and asking those listed below: what have you done?

If you have information about any of the announcements and the plans to see them fulfilled, or indeed if you think we have missed any, please get in touch to let us know by emailing [email protected]

The United Nations secretariat adopted a 10-year climate action plan, pledging to reduce greenhouse gas emissions by 45% and source 80% of electricity from renewable energy by 2030. The plan commits the UN secretariat to achieve absolute and per capita greenhouse gas emission reductions of 25% by 2025 and per capita reductions in electricity consumption of 20% by 2025.  It also pledged to sourcing 40% of its electricity from renewable energy before 2025.