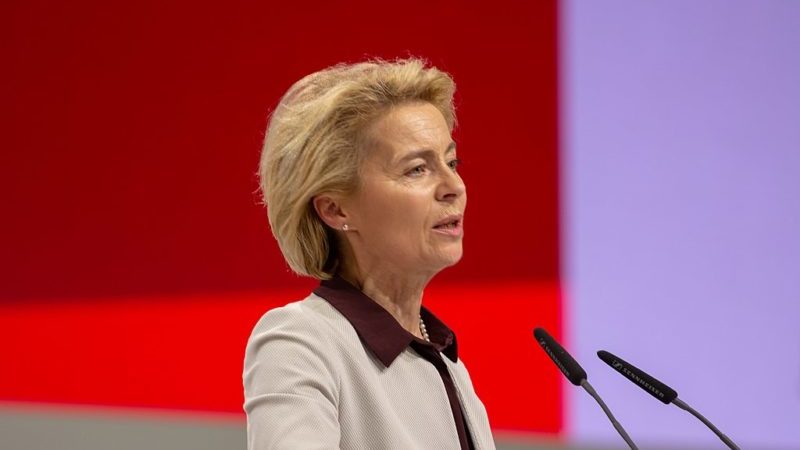 Ursula von der Leyen has shown willing to deepen the EU’s 2030 carbon cutting target to 55% from 1990 levels, in a bid for approval as European Commission president.

The nominee for the top job, who last week backed a 50% emissions cut, made the concession to liberal and socialist lawmakers on Monday.

She promised that by 2021, her commission would put together “a comprehensive plan” to increase the goal to 55% “in a responsible way”, in letters to leaders of the two groupings published by Politico Europe.

“To achieve real impact, the world has to move together,” von der Leyen wrote, saying the EU would lead negotiations to raise ambition among other big emitters.

Von der Leyen, an ally of German chancellor Angela Merkel, faces a struggle to secure support for her candidacy in a parliamentary vote scheduled for Tuesday evening. She needs socialists and liberals as well as her centre-right base to get a majority. Greens, the fourth largest contingent, rejected her after she failed to satisfy their demands at a hearing last week.

Aside from assurances on policy issues, she is under pressure to offer senior vice president roles to the socialist Frans Timmermans and liberal Margrethe Vestager. Both have said they would make climate action a high priority.

In the letters, von der Leyen reiterated a commitment to make Europe “the first climate neutral continent”, enshrining a 2050 net zero emissions target in law within her first 100 days.

This would be underpinned by a “just transition fund”, to help coal mining communities and others likely to lose out in the shift to clean energy.

She also raised the threat of a carbon border tax on imports from jurisdictions with weaker climate protections, to address concerns about competitiveness of EU industry. The idea has long been discussed but rejected as too complicated or confrontational towards trade partners.