Climate Home News has an expert advisory board to help secure the financial sustainability of our journalism and guide strategy.

Members give their time voluntarily and do not represent their employers in their advisory role for us. We are very grateful for their expert counsel. 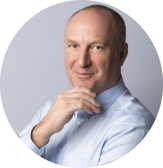 Pete Bowyer is a leading communicator on climate change having worked with international figures, multi-national businesses, international organisations and global NGOs over the last ten years. This included advising HE Kofi Annan, the former Secretary-General of the United Nations, in the run-up to the UN Copenhagen COP in 2009, President Nasheed of the Maldives at UN Cancun COP Conference in 2010 and Michael R Bloomberg, the UN’s Special Envoy on Cities and Climate, in 2015.

Pete also spent two years with the United Nations Foundation on behalf of the UN’s Intergovernmental Panel on Climate Change for the global launch of Assessment Report 5 through 2013-14. He was embedded for two weeks in Le Bourget working with We Mean Business during COP21 in Paris, and again in Marrakech in 2016.

He is currently chair of UK100, the national network of local leaders committed to 100% clean energy in their areas by 2050, which now has 93 local authorities across the UK signed up.

Luke Herbert is Director of International Communications at The Climate Group.

He was previously Director at Madano integrated communications consultancy and Head of Government Affairs at Jaguar Land Rover, focusing on UK and international stakeholder issues. 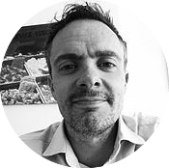 Ed King is International Lead, Strategic Communications at the European Climate Foundation. He was Climate Home News editor from 2011-2017, and in a previous life reported on horse racing, rugby and the Olympics at the BBC. 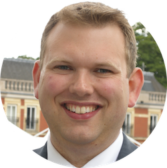 Thomas supports Unilever’s CEO and Leadership Executive on strategy design and implementation, with a focus on climate and environment.

He is responsible for Unilever’s engagement in advocacy platforms such as the World Economic Forum Alliance of CEO Climate Leaders, the EU Corporate Leaders Group on Climate Change, the Carbon Pricing Leadership Coalition, and the We Mean Business coalition.

Thomas spent two years on secondment as Deputy Director of the policy think tank Green Alliance and has served on trustee boards and advisory councils for groups including, the World Economic Forum, Refrigerants Naturally!, Oxfam and the STEPS Centre at the University of Sussex. He is currently a trustee of The Partnering Initiative. 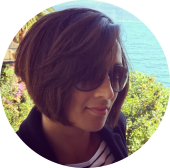 Kiran Sura is an Assistant Director in PwC, with 15 years’ experience of working on climate change, environmental and international development issues for the public and private sector.

Kiran began her career working an as economist for the UK government, where she advised on a range of policy issues before specialising in environmental and climate change policy. In 2008 Kiran joined the UK Committee on Climate Change – an independent body advising the UK Government on climate change. Here Kiran was the lead economic adviser on the UK’s long term (2050) emissions reduction target and adaptation.

Since joining PwC in 2013 Kiran has led the design and delivery of a UK funded programme supporting international climate negotiations. The programme entails working closely with negotiators form the poorest and most climate vulnerable countries to secure fair and ambitious outcomes in UN climate negotiations, and was awarded ‘Best International Project’ by Management Consulting Association in 2017

Alongside this, Kiran provides technical input to and strategic oversight for several global, multi-year international climate and development projects for a number of governments and organisations.