188 countries have now submitted climate plans to the UN, with Venezuela slipping its targets in the final plenary of the COP21 talks 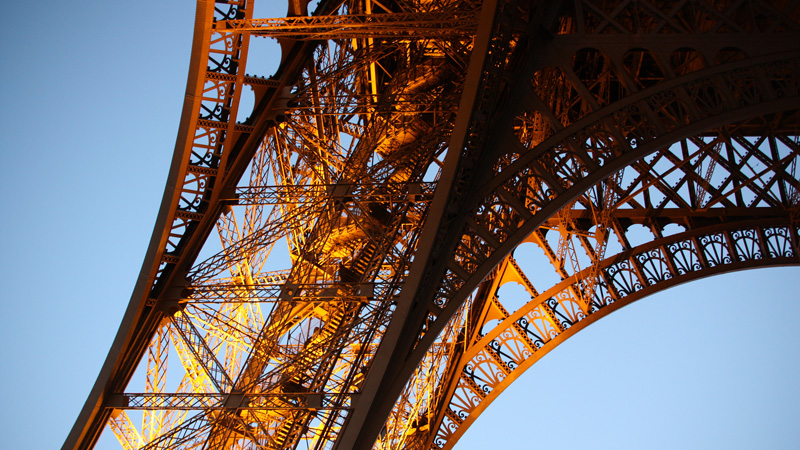 1/12 – Brunei: Cut energy consumption 63% from business as usual levels, get 10% of electricity from renewables and expand forest reserves to 55% of land area by 2035.

“Niue’s future is imperilled by the effects of climate change for which it bears absolutely no responsibility” – official submission.

24/11 – Kuwait: Analysis to be updated on receipt of English translation of Arabic submission.

23/11 – Cuba: Offered support for renewable power, though specified no targets, nor emission cuts. Could revise pledge on outcome of Paris agreement.

23/11 – South Sudan: Aims to plant 20 million trees over a decade and preserve 20% of natural forests. Policies to develop clean energy and transport. Estimated US$50 billion of investment needed in mitigation and adaptation by 2030.

21/11 – Iran: Targets greenhouse gas emission cut of 4% from business as usual in 2030, rising to 12% with international support. All action subject to lifting of economic sanctions.

17/11 – Nauru: Replace “a substantial part” of electricity generation from diesel plants with solar panels, subject to US$50 million of finance.

“Pakistan is committed to reduce its emissions after reaching peak levels to the extent possible subject to affordability, provision of international climate finance, transfer of technology and capacity building” – official submission

12/11 – Iraq: Analysis to be updated on receipt of English translation of Arabic submission.

11/11 – Egypt: Phase out of fossil fuel subsidies within 3-5 years. No quantifiable carbon cuts, but support for increasing renewables’ share of electricity generation.

10/11 – Saudi Arabia: Seeks “mitigation co-benefits ambitions” of up to 130 million tons of carbon dioxide equivalent a year by 2030, conditional on continued economic growth.

28/10 – Suriname: Minimise deforestation, expand biofuel and hydropower capacity with international support. Mitigation and adaptation costs estimated at US$3.5 billion to 2025.

22/10 – Sri Lanka: Greenhouse gas emissions cut of 7% from business as usual by 2030, or up to 23% with international support. Measures to adapt to climate impacts estimated to cost US$420 million over the next decade.

19/10 – Antigua and Barbuda: Set up efficiency targets for vehicle imports by 2030, among other policies. No emission reduction target

16/10 – Uganda: 22% emission cuts on a business as usual basis by 2030 due to a “series of policies and measures in the energy supply, forestry and wetland sectors.”

12/10 – Bolivia: says it will halt illegal tree-cutting within five years and double renewable energy’s share of power generation to 79% by 2030.

6/10 – Afghanistan: Aims to cut emissions 13.6% from business as usual by 2030, conditional on international support, and reduce vulnerability to climate impacts. Price tag estimated at US$17.4 billion.

“Despite suffering decades of instability and war, Afghanistan has made considerable development progress” – official submission

1/10 – Argentina: Plans to cut emissions 15% below business as usual by 2030 emissions, rising to 30% on international support.

1/10 – Mozambique: Plans to cut emissions 76.5 million tonnes of CO2-equivalent over 2020-30. “These reductions are estimates with a significant level of uncertainty and will be updated… by early 2018.”

1/10 – Samoa: Generate 100% of electricity from renewable sources by 2017, and maintain it through to 2025 with international support.

30/9 – Turkey: Up to 21% emissions cuts from business as usual by 2030, using a mix of domestic and international resources.

30/9 – Bhutan: Plans to remain carbon neutral as set out in 2009. Repeats commitment to keep 60% of territory forested.

30/9 – Zimbabwe: Plans to keep per-capita emissions from energy sector 33% below business as usual by 2030, provided there is sufficient support.

29/9 – Swaziland: Double renewable energy share by 2030 from 2010 levels, introduce 10% ethanol to petrol, phase out HFCs and other potent climate pollutants. Will develop an emissions target and plan by 2020.

29/9 – Zambia: Emissions cuts of 25% from business as usual by 2030 with domestic resources, costed at US$15 billion, increasing to 47% with an estimated $35bn of international support.

29/9 – Namibia: An 89% cut to greenhouse gas emissions from business as usual by 2030, mainly through reducing deforestation. Price tag: US$33 billion.

29/9 – Uruguay: In energy sector, cut CO2 per unit of GDP 25% from 1990 to 2030, or up to 40% with international support. Separate targets for methane and nitrous oxide, particularly in beef production.

29/9 – Mauritania: 22.3% emissions cuts by 2030 below business as usual, of which five-sixths hinges on international support. Total cost for mitigation and adaptation estimated at US$17.6 billion.

29/9 – Benin: Aims to cut greenhouse gas emissions 3.5% below business as usual levels by 2030, rising to 21.4% with international support. Budget to meet mitigation and adaptation goals is US$ 30 billion, $2.32 billion of which Benin will provide.

28/9 – Vanuatu: Cut energy sector emissions 30% below business-as-usual by 2030, and 100% for electricity sub-sector, conditional on international support

28/9 – Mauritius: 30% emissions cut by 2030 compared to business as usual, subject to international support.

28/9 – Myanmar: Increase forest cover to 30% of land area by 2030, get 38% of electricity from hydro, improve electricity efficiency 20%, subject to international support. Data “not sufficiently reliable” to set overall emissions goal.

Independent assessment: “It’s significant that Brazil, among the world’s largest emitters, has the largest reduction target. But it is insufficient considering the potential the country has to do more” – Carlos Rittl, head of Climate Observatory

24/9 – Mongolia:  14% reduction in total national GHG emissions excluding Land use, land use change and forestry by 2030, compared to the projected emissions under a business as usual scenario.

24/9 – Indonesia: Unconditional 29% greenhouse gas emissions cuts on business as usual by 2030. With international support this could rise to 41%.

23/9 – Montenegro: 30% cuts by 2030 compared to the 1990 base year. “The reduction is to be achieved by general increase of energy efficiency, improvement of industrial technologies, increase of the share of renewables and modernization in the power sector.”

4/9 – Algeria: 7% unconditional cut to greenhouse gas emissions from business as usual by 2030, rising to 22% with international support

14/8 – Djibouti: Cut emissions 40% from business as usual by 2030 using domestic resources, or another 20% with international support. Take measures to adapt to increasing risk of water scarcity.

“In order to combine the fight against climate change impacts with economic development, the Republic of Djibouti is pursuing the goal of becoming an economic crossroads and a showcase for sustainable development in the Red Sea” – UN submission

“Australia’s weak target is another serious blow to its international reputation.  As with Prime Minister Abbott’s attempt to ignore climate change when hosting the G20 last year, this will send a serious shudder through the Pacific and raise concern amongst its closest allies, including the United States and Europe” – Marshall Islands minister Tony de Brum

7/8 – Trinidad and Tobago: 15% cuts on a business as usual baseline by 2030 from three sectors: transport, power generation, heavy industry.

“The estimated cost of meeting this objective is US$2 billion, which is expected to be met partly through domestic funding and conditional on international financing including through the Green Climate Fund.”

“Due to the extensive use of fossil fuels, particularly the dominant share of domestic lignite for electricity production, there is a significant potential in the country for GHG emissions reduction” – UN submission

“It’s essential to our survival. Not just to talk about it but do what we can to contribute… it shows a small country can step up to the plate” – Foreign minister Tony de Brum

Independent assessment: “With plans to build 52 new coal-fired power plants, Japan is heading in the wrong direction and put at odds with the G7 recent commitment to phase out fossil fuels by the end of the century” – Maiko Morishita, Oxfam

“New Zealand’s INDC will remain provisional pending confirmation of the approaches to be taken in accounting for the land sector, and confirmation of access to carbon markets” – UN submission

Independent assessment, Oxfam: “New Zealand’s neighbours in the Pacific are some of those most affected by climate change and this target will be a slap in the face to them. It is irresponsible for New Zealand to continue to pollute the atmosphere with dangerous amounts of greenhouse gases whilst also claiming to be a friend to the Pacific and other small island developing states.”

“Its mitigation contributions must be viewed within the context of its national circumstances, limited access to renewable energy, and early actions. As a lowlying island state of 716 km² with no natural resources, Singapore has to accommodate not only housing and commercial centres, but also power plants, reservoirs, air/seaports and industries within city boundaries” – official submission

“China has nationally determined its actions by 2030 as follows: To achieve the peaking of carbon dioxide emissions around 2030 and making best efforts to peak early” – UN submission

Independent assessment – “Meeting this goal won’t be easy, but research shows that with a sustained commitment China can reach its target even before 2030. This commitment will benefit China and represents a serious and credible contribution to tackle climate change.” Jennifer Morgan, WRI

“A precise commitment for Iceland within such collective delivery has yet to be determined, and is dependent on an agreement with the European Union and its Member States and possibly other countries” – UN submission

19% of 32% emissions cut conditional on $35 billion of climate finance and legally-binding deal in Paris. Intends to “substantially reduce” fossil fuel subsidies and have renewables provide 42% of ‘installed electrical power’

“Morocco has set a target to limit greenhouse gas (GHG) growth that will be reached through its own means, a target that could be enhanced substantially with support from the international community.” – UN submission

“Canada’s ambitious new target and planned regulatory actions underscore our continued commitment to cut emissions at home and work with our international partners to establish an international agreement in Paris that includes meaningful and transparent commitments from all major emitters” – Environment minister Leona Aglukkaq.

1/4 – Gabon: 50% greenhouse gas cuts by 2025 compared to business as usual. The INDC also includes plans for a national carbon market and a domestic green fund.

“I deeply appreciate Gabon’s initiative and welcome this first INDC from an African nation,” – Christiana Figueres, Executive Secretary of the UNFCCC.

“…if contribution of the Russian forests is fully taken into account, limiting GHG emissions to 70-75% of 1990 levels by the year 2030 does not create any obstacles for social and economic development…” – official submission.

Independent assessment: “We are confident that the US commitment can be met — and even exceeded. Doing so, though, will require several critical steps,” – Rhea Suh, NRDC

“Mexico is a responsible party committed to tackling global climate change by transforming its development route to a low emissions pathway, which requires progressive decoupling of carbon emissions from economic growth,” – official submission.

Independent assessment: “Mexico’s plan to peak its emissions by 2026 is particularly encouraging and should inspire others to follow a similar course,” – Jennifer Morgan, World Resources Institute.

“Norway’s commitment … is well in line with the emissions pathways towards 2050 that correspond to keeping global warming below 2C,” – official submission.

Independent assessment: “I think it is good to link to the EU system. It will set a minimum level of ambition at least consistent with their direct peers. It will also drop the direct link to offsets, which Norway was very fond of,” – Glen Peters, CICERO.

“I now call on all our partners, especially major and emerging economies, to come forward in time and at least match our level of ambition,” – Miguel Arias Canete, EU climate commissioner.

Independent assessment: “Switzerland’s proposal includes forestry accounting, which prevents an unambiguous quantification of its target, and will likely result in weaker emissions reductions across all other sectors” (Climate Action Tracker)