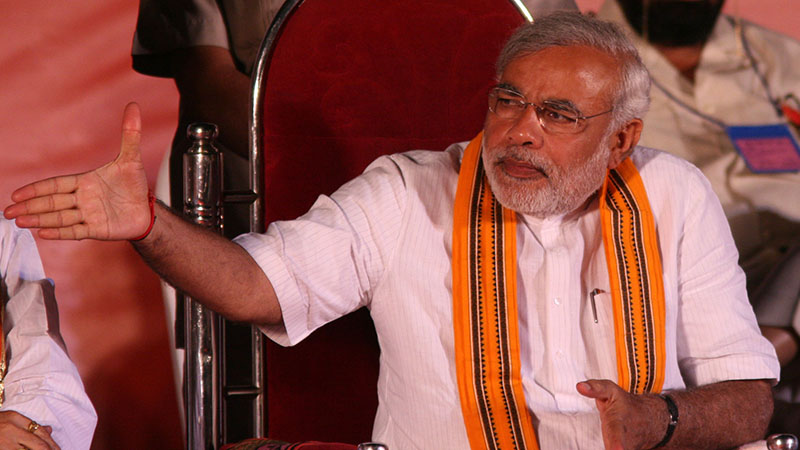 To meet that target and guard against the impacts of climate change, it will need an estimated US$2.5 trillion of support, New Delhi revealed in a submission to the UN on Thursday.

Setting out concern for the planet alongside an imperative to lift millions of Indians out of poverty, it cited the country’s founding father, whose birthday is celebrated on Friday.

“Much before the climate change debate began, Mahatma Gandhi, regarded as the father of our nation had said that we should act as ‘trustees’ and use natural resources wisely as it is our moral responsibility to ensure that we bequeath to the future generations a healthy planet,” the document said.

The emissions intensity goal is less than the 40% experts at WRI India were expecting prior to the announcement.

But it is backed up by bullish plans for solar, wind and nuclear power, that should add up to 40% of electricity from non-fossil fuel sources by 2030.

Action Aid’s Sandeep Chachra welcomed the focus. “Changes in India’s climate are leading to land and coastal degradation, soil erosion, loss of bio-diversity, all of which are already seriously aggravating food insecurity in the country. Indian government’s focus on adaptation therefore comes at a critical time for its population.”

He added the plan was “far superior” to those submitted by the US and EU, urging rich nations to stump up cash and technology support.

India became the last major emitter to enter its climate pledge by the UN’s 1 October deadline. In total, 147 out of 195 countries got theirs in on time, covering around 90% of global emissions.

These national commitments will underpin a climate pact to be signed off in Paris this December.

The collective ambition is set to curb temperature rise, but not enough for the international goal to limit global warming to 2C from pre-industrial levels.

Analysts at Climate Action Tracker project 2.7C this century, based on the latest pledges.