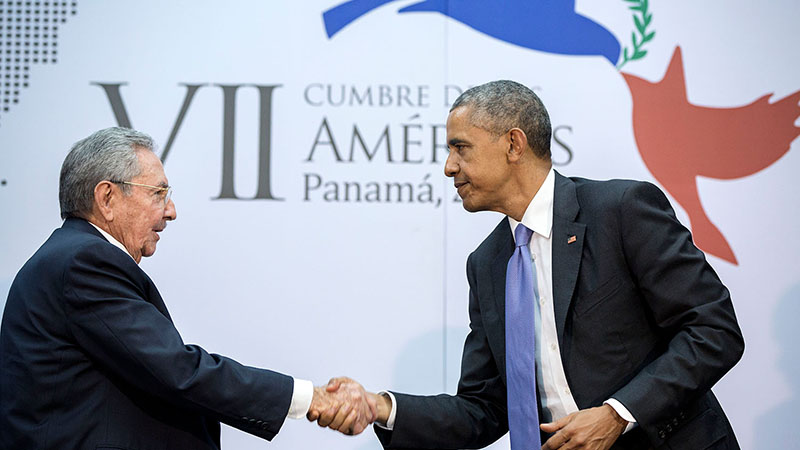 Cuba used its contribution to a climate rescue pact on Monday to rebuke the United States for maintaining its trade embargo.

That was despite some “limited measures” taken by US president Barack Obama to ease restrictions since the sworn adversaries moved to normalise relations last December.

A blockade on American exports imposed by President John F Kennedy in 1960 continued to be an “enormous obstacle” on the island’s development, its submission to a UN deal said.

More than 170 countries have now entered their national contributions to a global climate pact set to be signed in Paris next month.

“The blockade has imposed serious difficulties on Cuba in its accessing of the resources, technologies, equipment and scientific knowledge, and required technicians, for its sustainable development,” said Cuba’s submission.

US economic sanctions have cost the island nation US$116.8 billion over half a century, the Cuban government claimed last year.

The United Nations has passed a resolution to end the ban for 23 consecutive years, with just the United States and Israel voting against it this year.

Travel bans are being chipped away and embassies reopened, yet the embargo remains in place until the US Congress votes to overturn it.

The communist island state said climate change was a high priority given its vulnerability to tropical storms and sea-level rise.

But Cuba would not follow some developing countries in offering greenhouse gas cuts while a Paris agreement was “in negotiation”.

“[O]nce the negotiation concludes in Paris and dependent on the results that are reached there, in particular respect to means of implementation, Cuba will reconsider submitting information to the Convention.”

The country of 11 million people accounted for 0.1% of global greenhouse gas emissions in 2010.

The collapse of its patron the Soviet Union in the 1990s contracted Cuba’s economy by a third and deprived it of cheap oil and a core market for sugar. Emissions fell sharply, before rising gradually to 84% of their 1990 level by 2010.

Former leader Fidel Castro declared an “energy revolution” in 2006 to convert the island’s centralised grid to a distributed system and prevent persistent blackouts.

Despite such obstacles, Cuba has been recognised by the Food and Agriculture Organization for eradicating hunger and won plaudits for its health service.

To help mitigate climate change, the country plans to build bioelectricity plants attached to sugar mills, 13 wind farms and 74 small hydroelectric plans. That would come at a cost of US$4 billion to be paid in part by foreign aid.

It boasts of being one of the first countries in the world to replace incandescent light bulbs and increasing its forest cover since the 1959 revolution ousted the America-friendly Batista regime.

Cuba, which negotiates in the ALBA grouping alongside Venezuela, Bolivia and Ecuador, repeated demands for developed countries to make the deepest emissions cuts and commit funds for poorer nations.