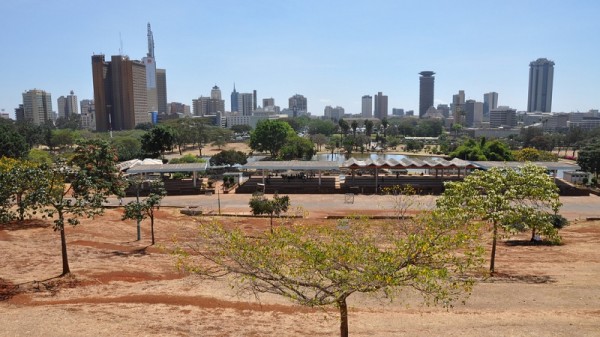 Kenya is targeting a 30% cut in greenhouse gas emissions from business as usual in 2030, under a plan submitted to the UN on Friday.

The plan placed “significant priority” on adapting to the impacts of climate change, noting droughts and floods cost around 3% of GDP.

Posted just ahead of a visit from US president Barack Obama, it called for international support to help fulfil the plan, costed at US$40 billion over 15 years.

“Kenya is determined to continue playing a leadership role in addressing climate change by communicating a fair and ambitious contribution,” the statement read.

The third country in sub-Saharan Africa to publish its “intended nationally determined contribution” (INDC) to a global climate deal, Kenya accounts for 0.1% of global emissions.

It is aiming to become an industrialised middle income country by 2030, which will bring rising emissions.

The East African nation promised to mitigate that rise by tapping into geothermal, solar and wind energy. It is to extend tree cover to 10% of land area and develop clean transport and waste systems.

Located on the Horn of Africa, Kenya is 80% arid or semi-arid land, the climate plan says. Its farming, energy and tourism industries are sensitive to changes in rainfall patterns that come with global warming.

“Climate hazards have caused considerable losses across the country’s different sectors over the years,” according to the statement.

Domestic resources will not be enough to fulfil Kenya’s ambitions, it adds.

“Kenya will require international support in form of finance, investment, technology development and transfer, and capacity-building to fully realize her intended contribution.”