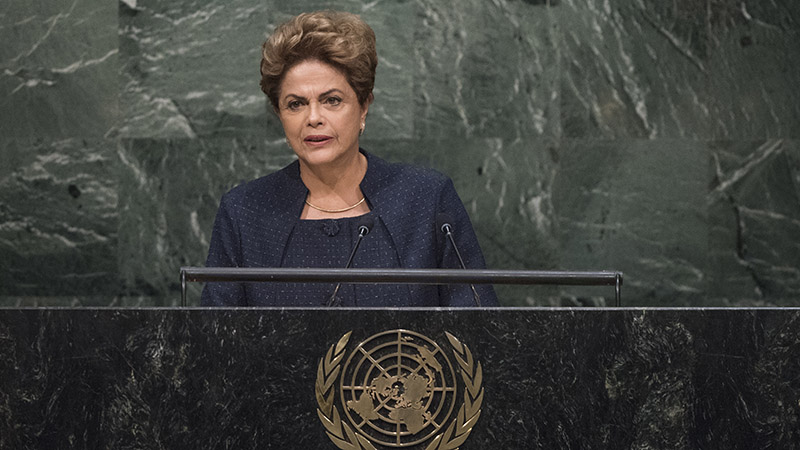 Brazil and the UK stole the headlines on a packed day of diplomacy in New York, where world leaders are meeting to discuss plans for a global climate change deal.

Meanwhile prime minister David Cameron announced increases in the UK’s budget to help developing countries tackle climate change, with £5.8 billion (US$8.8bn) promised from 2016-2020. That is up from £3.87 billion over 2011-16.

The announcements came as over 40 leaders met at a Ban Ki-moon-hosted summit on the sidelines of the General Assembly, aimed at building political momentum ahead of December’s Paris climate conference.

In a speech Rousseff said Brazil’s goals were “just as ambitious, if not more so, than those set by developed countries,” given the country’s vast population.

To meet this target the country will eliminate illegal deforestation, restore and reforest 12 million hectares of damaged lands and boost its share of renewables in the energy mix to 45%.

“Brazil is one of the few developing countries to commit to an absolute goal for emissions reduction,” Rousseff added.

Brazil accounts for just under 6% of global emissions, and the pledge means the only leading emerging economies not to have delivered their plans to the UN are India and Nigeria. 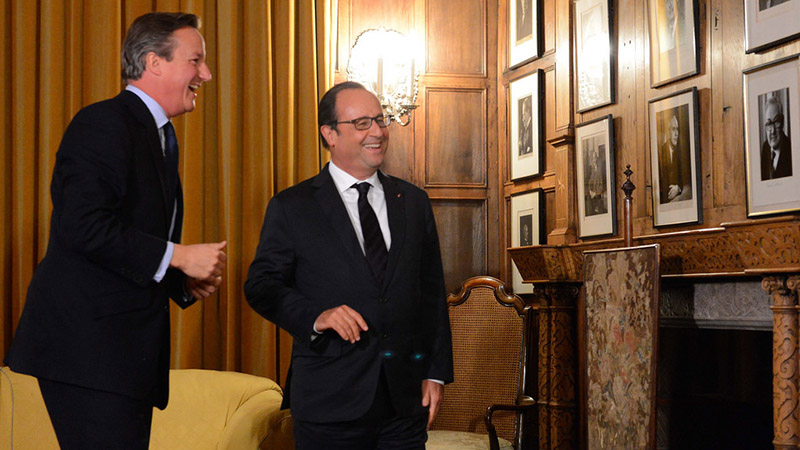 Speaking to reporters on the flight to New York, Cameron said the UK funds would help vulnerable communities become “more resilient to flooding and drought and provide clean, reliable energy.”

According to the Guardian future contributions will be “backloaded,” delivering £1.76bn in 2020. The government also stressed its overall development budget had not changed, meaning the funds will be diverted from other aid programmes.

The UK offer comes after a private meeting between Cameron and France president Francois Hollande last weekend, and amid intense pressure on rich countries to raise their contributions.

A forthcoming analysis from the OECD and Climate Policy Initiative is expected to say delivery levels stand at around $50 billion a year.