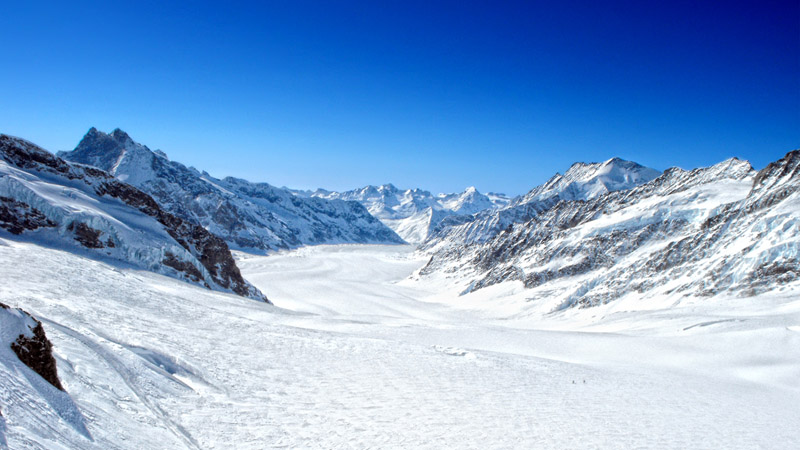 Swiss glaciers are melting at an accelerated rate, say researchers from the Swiss Federal Institute of Technology (Pic: Pier_Luc_Bergeron/Flick)

Switzerland has become the first country to formally communicate its contribution to a UN climate change deal: 50% greenhouse gas cuts on 1990 levels by 2030.

Released on Friday, the Swiss government says 30% of those cuts will be achieved within the country, with the remaining 20% through carbon markets or other forms of offsets.

“This objective of a 50% reduction in emissions reflects Switzerland’s responsibility for climate warming and the potential cost of emissions reduction measures in Switzerland and abroad over the 2020-2030 period,” says the Swiss communication.

Documents sent to the media say the target is “compatible” with efforts to limit warming to below 2C above pre-industrial levels. The government is also discussing a long term target to reduce emissions 70-85% by 2050 on 1990 levels.

In an email to RTCC Switzerland’s chief climate negotiator Franz Perrez described the submission as “ambitious and forward looking”.

“Given the reality of Switzerland with very low per capita emissions (with approximately 6 t per capita less than world average) and thus limited availability of cost-effective short term domestic emission reduction potential, the use of international credits meeting high environmental standards will allows Switzerland to contribute to quick emission reductions, while at the same time to continue its ambitious pathway towards further reduction of domestic emissions,” he said.

Jürg Staudenmann, a climate advisor to the Alliance Sud NGO, said the Swiss effort was “disappointing” and called for more clarity on how the 30% domestic emissions cuts would be achieved.

Switzerland’s announcement comes two days after the European Commission issued its own plans for a contribution to a UN climate deal, set to be signed in Paris this December.

It proposed Europe should aim for 40% carbon cuts on 1990 levels by 2030, although in a letter seen by RTCC, the UK’s climate chief Ed Davey accused the Commission of watering down its ambition.

All major economies have been asked to submit their ‘Intended Nationally Determined Contributions’ before October 1 this year, after which the UN will assess whether the world is on course to avoid dangerous levels of warming.