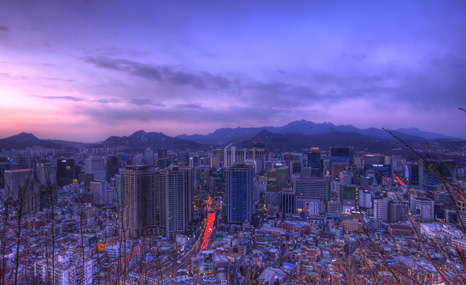 South Korea has announced it aims to slash greenhouse gas emissions 37% from business as usual by 2030, a tightening of previously discussed targets.

A statement published on the environment ministry website said 25.7% of those cuts would come from domestic action and 11.3% from buying international carbon credits.

“We decided to raise the target from the reduction scenarios, considering our leadership on climate change such as hosting the GCF (Green Climate Fund), our global responsibility, and opportunity to develop new energy business and innovative manufacturing sectors,” it said.

According to the Carbon Pulse website, the 37% target is comparable to a 22.7% drop on 2014 levels and similar to Japan’s mooted plan.

These were all rated as inadequate by the Climate Action Tracker, which said they were equal to 98–146% above 1990 levels, not counting land-use change.

South Korea launched the world’s second-biggest carbon market at the start of 2015 with emission caps on the country’s top 500 companies.

The country is expected to formally submit its pledge to the UN later today, ahead of a planned global climate pact due to be signed off in Paris this December.