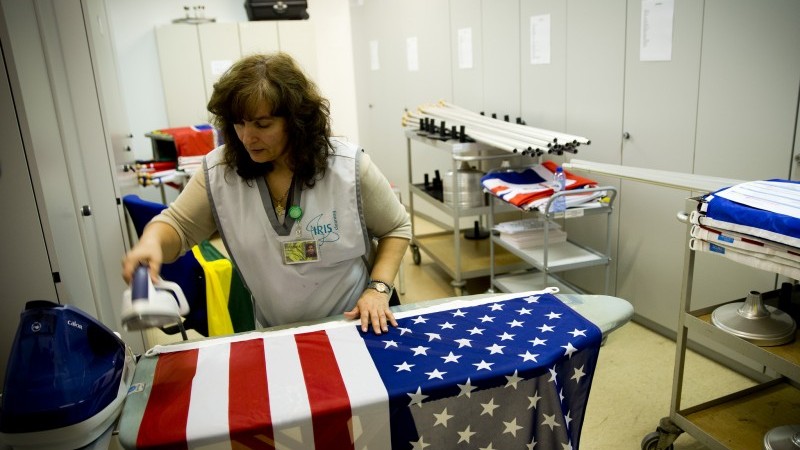 Donald Trump will have to engage with the climate issue when he visits Europe (Pic: Flickr/Herman Van Rompuy)

Let us compare and contrast two policy nodes of the developed world: Brussels and Washington.

The EU this week dropped a hefty package of clean energy legislation. It may not represent any great surge in ambition, but puts into practice the political consensus forged between 28 member states in 2014. Steady as she goes.

Alongside the rules for renewables and energy efficiency, the competition commissioner declared war on “backdoor subsidies” for fossil fuels. Look out, Poland.

In the US, there is no such continuity. The future of federal climate policy hinges on the team president-elect Donald Trump is building around him.

Gulp, then, at reports he is considering Exxon Mobil chief exec Rex Tillerson for secretary of state. The oil major is infamous for funding climate disinformation, even as its own scientists endorsed the consensus view.

Take a crumb of comfort in his choice for defence, former general James “Mad Dog” Mattis, who “gets climate change” according to a longtime colleague.

File under “believe it when you see it” the anonymous tip that Trump’s daughter Ivanka could become a climate champion.

“If the proof of the pudding is in the eating, then the poor and vulnerable countries are not eating any pudding at all” – Bangladeshi expert Saleemul Huq argues the Green Climate Fund is not fit for purpose

Lest Europeans come over all superior, the bloc has its blind spots. Perverse incentives for cement producers to keep polluting, for one. Brand new coal plants – no, not Poland for a change, the Netherlands – that almost immediately started bleeding value, for another.

Germany’s call on the World Bank to stop funding fossil fuel projects is a bit rich when you consider it won’t commit to phasing out the coal that generates a quarter of its electricity.

Still, while the speed of a transition to clean energy is up for debate, the direction is not. And elements of the package like an innovation strategy that prioritises disruptive, citizen-led change could see emissions cuts continue to outpace the targets.

Perhaps some of that ethos will rub off on President Trump in Hamburg next July, when the German hosts are prioritising climate change for the next G20 summit.

And while the top levels of government might seem poles apart, mayors from megacities all over the world are finding common ground. A phase-out of diesel engines is the latest initiative for many members of the C40 coalition at a meeting in Mexico City.

“The leadership of cities is more important than ever in the fight against climate change,” said former New York mayor and UN climate envoy Michael Bloomberg.