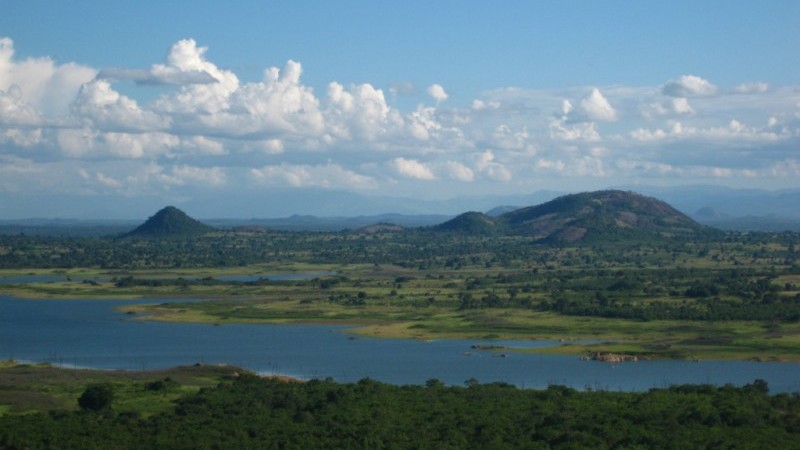 By Sipho Kings in Johannesburg

The Chicamba Dam in north-west Mozambique is critical to the water supply of three large cities.

Fed by the Muene River, it provides a livelihood for hundreds of fishermen as well as the small industries that support the local tourists that flock to the dam when it is full.

But the river and dam have become increasingly polluted, with locals pointing the finger at the source of the river: the Zimbabwean city of Mutare some 50 kilometres to the west.

A dumpsite in Mutare’s Nyakamete industrial area sits on the spot where the Muene starts. Waste from industries, clinics and homes in Mutare gets dumped at the site.

The up to 50C heat in that city helps break down and decompose the waste, so chemicals and other liquids seep into the river.

By the time it reaches Chicamba Dam, it is so polluted that locals blame it for cholera outbreaks and sudden deaths in the fish population.

Authorities in Mozambique’s Manica province, which contains the dam, set up a task force in 2009 to investigate the cause of the cholera and other water-related health problems. It concluded that Mutare’s dumpsite was to blame, and asked that city to fix the problem. Mutare’s city council said it didn’t have the money to find another way to dispose of the problem, so effectively ignored the complaints.

But the situation has intensified with the ongoing drought. Less water in the river means a higher concentration of pollutants. Low levels in the Chicamba Dam also mean that old concentrations of chemicals – which normally sink to the bottom of large water bodies – have mixed into the little water that is left.

That ongoing drought – the worst in southern Africa in 35 years – has created all sorts of similar conflicts. Mozambique has lodged complaints with the Southern African Development Community (SADC) about polluted water from South African mining killing crocodiles and fish. That water has also killed animals in South Africa’s iconic Kruger National Park, one of the largest wildlife sanctuaries in the world.

This is a problem in a region where rivers form borders and care little for political considerations. The colonial divvying-up of the region in the late 1800s saw rivers become convenient borders. Twelve SADC states share 21 river basins, with most of these crossing more than two countries.

Cases such as that of the Muene River are often left unresolved. If bilateral discussions do not work, states lodge their complaints with the SADC secretariat. It then recommends that the offending party stop the offending activity. But there is nothing in the way of censure.

That lack of political intervention can create decades of conflict. Botswana and Namibia still trade hostile words over the Sedudu Island, on the border between the two countries and Zambia. Stuck in the middle of the Chobe River, which then flows into the Zambezi River, its legal status was left in a grey area after the 1890 Heligoland-Zanzibar Treaty. This treaty between Germany and Great Britain settled border disputes between their colonies, but gave little in the way of detail.

It set the Chobe River as the border between Botswana, Namibia and Zambia. Both countries claimed the river, and deployed soldiers. Several firefights ensued in the 1990s, without SADC being able to resolve the dispute. Botswana went to the International Court of Justice, which ruled in 1999 that the island belongs to the country.

But the current drought has rekindled the conflict. With less water in the Chobe River, Namibian fishermen have been forced to cast their nets further towards the Botswana side and Sedudu Island. Namibia still claims access. Several Namibians have been shot by the Botswana army in recent years, with 14 arrested last year for illegal fishing. Botswana – a landlocked nation – now has small naval patrol vessels to maintain its control over the river.

That same 1890 treaty has created over a century of deadlock between Namibia and South Africa. It set their border as the Orange River, which flows between the two countries for 600 kilometres.

South Africa holds that the border is on the highwater mark on the Namibian side, which means that country cannot use the water. In an arid region with virtually no rainfall, that means large tracts of irrigated farmland and vineyards on the South African side of the Orange and little on the northern, Namibian, side.

Namibia argues that the border is in the middle of the river, according to international best practice. But the country was a South African colony for 60-years and relies on its larger southern neighbour for trade and food imports, so has little political capital to force its way.

The dispute has, however, driven a shift in the water politics of southern Africa. In the past the country with the strongest army and economy would do what it would with water. That’s why the Limpopo River, which flows through South Africa, Botswana, Zimbabwe and Mozambique, has 44 dams with 26 of those in South Africa.

Stuck without a say in the Orange River, Namibia pushed for the creation of the Orange-Senqu Commission in the early 2000s. This brought South Africa, Botswana, Namibia and Lesotho together in a body that would discuss how water is shared along the 2 000-kilometre long river.

With a crippling drought wiping out crops and threatening its capital of Windhoek with shortages, Namibia has tried to get access to more water. But it has failed. In practice, South Africa uses its economic clout to keep the status quo.

That status quo – and hegemony over water resources – has been decades in the making. Each agreement that the country signs on transboundary water sharing leans in its favour, ensuring more water can be used on the South African side.

To ensure enough water comes in, South Africa has spent three decades involved in Lesotho’s politics to ensure the security of the Lesotho Highlands Water Scheme. This has seen dams built in the Mountain Kingdom to collect its bountiful rainfall. That then flows to Gauteng – South Africa’s industrial heart.

But the scheme almost never existed. Negotiations in the early 1980s to allow construction to go ahead were stopped when Lesotho’s Prime Minister turned to the West for aid, something the isolated apartheid regime did not appreciate. The scheme was put on hold. But a coup in 1986 removed the Prime Minister and the highlands scheme treaty was signed 10-months later. People in Lesotho still complain about its terms, which provide cheap water to South Africa when water is the most valuable resource in the region.

Two years after the scheme started working, in 1998, a coup in Lesotho threatened the new water resource. The country’s Prime Minister, whom the army had turned on, asked SADC for help. Botswana and South Africa immediately mobilised 1,500 soldiers. Their stated goal was to “create a safe environment”, through “securing and controlling” several key facilities in Lesotho. These included “power and water supply facilities” – the highlands water scheme. Katse Dam, the centerpiece of that scheme, was the setting of intense fighting with several soldiers killed. 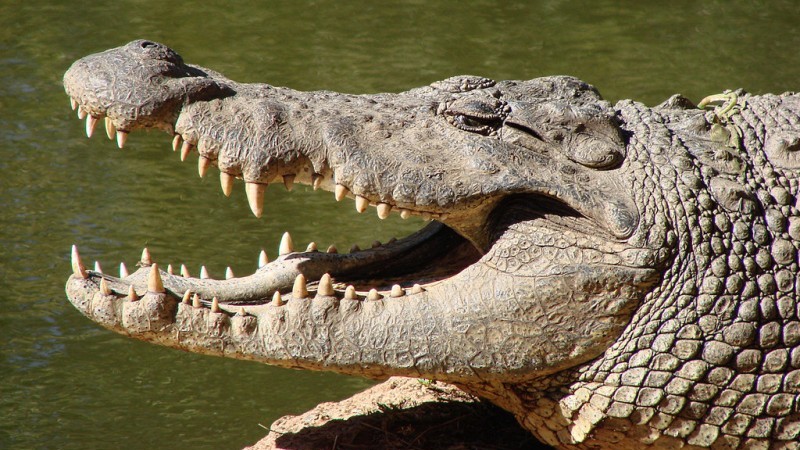 That action has been used as a case study for water relationships between big and small countries. South Africa has consequently been accused of using its military to secure its water supply. International publications at the time dubbed the contested intervention a “water war”.

But a similar crisis in 2015 signaled the changing nature of SADC water and regional politics. With a drought crippling the region and South African dams dropping to record lows, South Africa intervened politically to settle the dispute. One of the threats raised during the crisis by opposition parties in Lesotho was for a renegotiation of the price at which South Africa buys water from the highlands scheme. This threat died out with the settlement.

South Africa’s armed forces have used interventions like Lesotho to create scenarios that are specifically focused on securing water resources.

Climate projections by the Intergovernmental Panel on Climate Change (IPCC) and local bodies such as the Council for Scientific and Industrial Research (CSIR) warn that competition for this one resource will drive conflict in the future. The IPCC has said that decreasing rainfall and the changing climate will be a “threat multiplier” for armed conflict in the region. The CSIR has warned as recently as this year that more attention needs to be given to transboundary water agreements so that there are tools in place when “water scarcity forces communities to compete for resources”.

The current drought has seen this happen in isolated cases. Several instances in South Africa, Zimbabwe and Mozambique have seen people killing each other for access to scarce water resources. The UN’s Food and Agriculture Organisation says 40 million people are “acutely food insecure” in southern Africa.

The two to three-year drought is being heralded as a window on the near future. The IPCC predicts that temperatures in the region will be up to 3C hotter than pre-industrial levels by 2050. Rainfall will increasingly come in short and violent storms, evaporating or running off quickly rather than sinking into the ground.

History says that this will drive violent contestation of water resources. But an increasing maturity in water sharing agreements in southern Africa could ensure this future does not come to pass.