Head of oil giant is latest candidate linked with Foggy Bottom post, while source says Ivanka Trump will be a “climate czar” 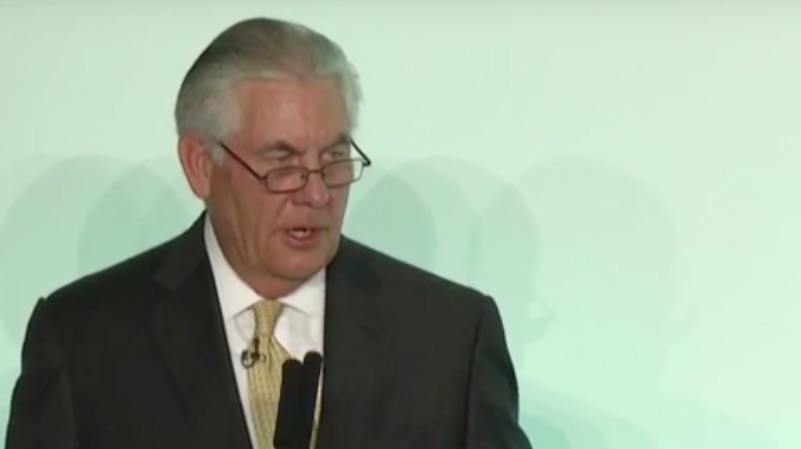 As speculation rages over the identity of the next US secretary of state, a surprising candidate has emerged: Rex Tillerson, chief executive of Exxon Mobil.

The 64-year-old Texan is being discussed as Donald Trump’s head of foreign affairs, according to Joe Scarborough, host of MSNBC breakfast show “Morning Joe” and a former Republican lawmaker.

There has been no word from the Trump camp, which has so far courted former presidential candidate Mitt Romney, ex-New York mayor Rudy Giuliani and general David Petraeus for the role.

The SecState process continues. Trump considered the Romney meeting "great" but is expanding options and looking at Exxon CEO RexTillerson.

Green groups were quick to signal their unease at the idea of a man whose company stands accused of obstructing action to tackle climate taking a top job at the White House.

“If the goal is to drain the swamp in DC, Tillerson might not be your man; Exxon’s business plan continues to require raising the level of the ocean to the point where Foggy Bottom will be well underwater,” said Bill McKibben, head of the campaign group 350.org.

“But this is certainly a good way to make clear exactly who’ll be running the government in a Trump administration — just cut out the middleman and hand it directly to the fossil fuel industry.”

Unlike Trump, Tillerson says he accepts the science of climate change, although he doesn’t hold out much hope of limiting dangerous levels of global warming.

Exxon “shares the view that addressing climate change is serious and warrants thoughtful action,” he told an oil conference in October, citing projects on carbon capture and efficiency.

But he told he same meeting global demand for energy will grow 25% by 2040 and countries will use oil five times the size of Saudi Arabia’s reserves – enough to blow hopes of a below 2C world.

Tillerson’s appointment could also lead to greater scrutiny of Exxon’s role in hushing up findings by its scientists in the early 1980s that rising carbon emissions would warm the planet.

For the past eight years, climate change has factored into Pentagon planning, recognised as a “threat multiplier” and a possible causal factor for conflicts in the Middle East and North Africa.

According to US news agency Politico Trump’s daughter Ivanka could also prove to be an influential climate champion, although it only named one anonymous source as the basis for the story.

“Ivanka wants to make climate change — which her father has called a hoax perpetuated by the Chinese — one of her signature issues, a source close to her told Politico.

“The source said Ivanka is in the early stages of exploring how to use her spotlight to speak out on the issue.”