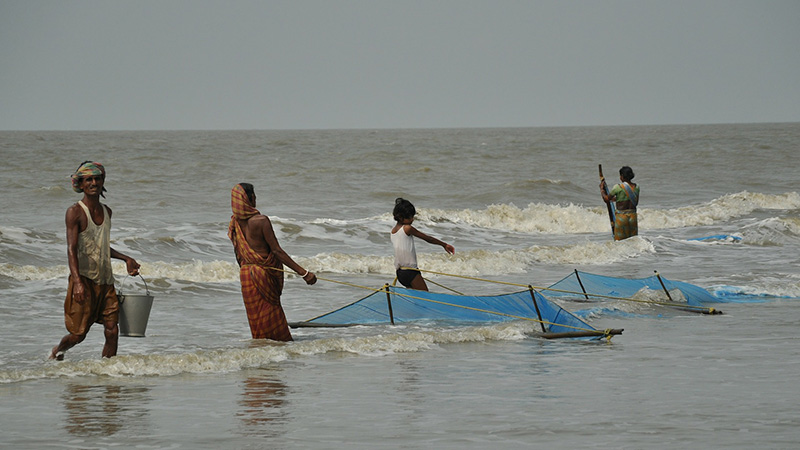 Coastal communities are among the most vulnerable to climate impacts, either as a result of rising sea levels, storms or ocean acidification (Pic: Pixabay)

Developed countries have already contributed around US $10 Billion to the Green Climate Fund (GCF) whose board has taken the laudable policy decision to allocate half of that amount to finance adaptation activities in the poorest and most vulnerable countries.

However, if the proof of the pudding is in the eating, then the poor and vulnerable countries are not eating any pudding at all.

Instead they are on a perpetual treadmill of paperwork to even qualify to receive any of the funds that are already earmarked for them.

Some adaptation projects which were approved at the first GCF Board meeting over a year ago have not seen a cent delivered due to additional paperwork being required by the GCF.

This model of “micro-scrutiny” of paperwork used by the GCF is ineffective and inappropriate.

And it’s resulting in huge pipelines of paperwork with very little, if any, money flowing from GCF to the poorest countries.

From the perspective of the developed countries who have contributed to the GCF, they should question the GCF’s modalities.

Not only is it failing to spend the amount it now already has but does it have a credible plan to scale up when the amounts increase as projected from 2020 onwards?

So what to do? Painful as this may be for GCF board members and staff, I believe we need a radically different model that will be fit for purpose.

First we need to recognise that adaptation to climate change is a new activity for which there is no real pre-existing “expertise” available.

Hence the entire process, at least for the first decade, will be a learning-by-doing process where expertise will be developed by practitioners and others over time.

Hence the reliance by the GCF on so-called “adaptation experts” to micro-scrutinise project proposals on paper and ask for unending amendments is time-consuming and in my view a waste of money both for those submitting proposals as well as for GCF paying these so-called experts’ fees.

In addition, put in a robust monitoring and evaluation system which will be a de-facto learning tool.

Thus the GCF can easily allocate in the order $50 to 100 million per vulnerable country (who number less than a hundred) and enable them to start spending the money immediately on their own priority projects.

The scrutiny from the GCF would be on a results-based system where the funding recipients would have to demonstrate effective use of the first round of funds they received before being eligible for the second tranche of funding.

The GCF Board has in fact approved a similar mechanism called Enhanced Direct Access (EHA) but only on a pilot scale and even that had yet to start.

I propose that the GCF Board instruct the GCF Secretariat to immediately move from their current modality of “micro-scrutinising” paperwork to death to a pay-now evaluate-later system on the basis of performance and results.

Having worked for decades on adaptation in vulnerable communities and countries I do not feel that there indeed exists the “expertise” to effectively evaluate adaptation project proposals.

Hence the so-called experts are themselves a major bottleneck with little value addition.

However, the current modality of micro-scrutinising paperwork puts these very communities and countries at a disadvantage as they are least able to generate the required level of paperwork (unless they hire so-called international experts to do it for them!).

This has resulted in the majority of GCF’s accredited entities being MIEs and even for NIEs very few from the poorest countries.

If they wanted to design a system that put the poorest and most vulnerable at the end of the pipeline they could not have done a better job.