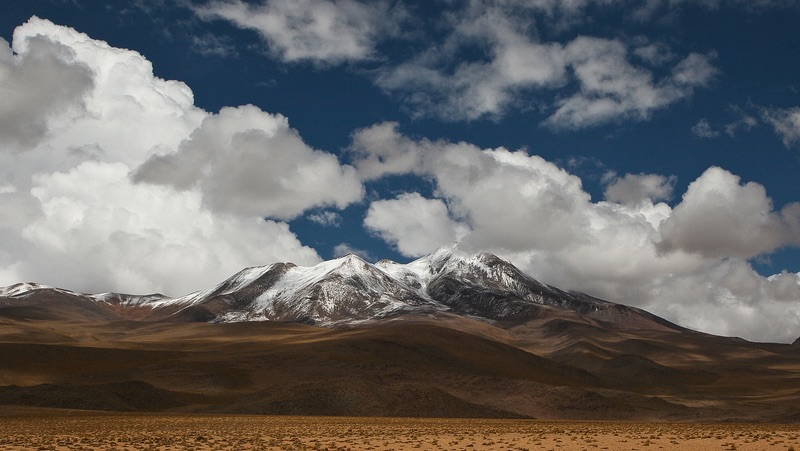 The government of Bolivia, a landlocked country in the heart of South America, has been forced to declare a state of emergency as it faces its worst drought for at least 25 years.

Much of the water supply to La Paz, the highest capital city in the world, and the neighbouring El Alto, Bolivia’s second largest city, comes from the glaciers in the surrounding Andean mountains.

But the glaciers are now shrinking rapidly, illustrating how climate change is already affecting one of the poorest countries in Latin America.

The three main dams that supply La Paz and El Alto are no longer fed by runoff from glaciers and have almost run dry. Water rationing has been introduced in La Paz, and the poor of El Alto − where many are not yet even connected to the mains water supply − have staged protests.

The armed forces are being brought in to distribute water to the cities, emergency wells are being drilled, and schools will have to close two weeks ahead of the summer break

Crib notes: Sign up to get these sent to your inbox every Monday

President Evo Morales sacked the head of the water company for not warning him earlier of the dangerous situation, but the changes produced by global warming have been evident for some time.

A recent report by the Stockholm Environment Institute (SEI) says: “Temperatures in the region have risen by 0.5°C in the period 1976 to 2006, and the people of La Paz and El Alto can observe evidence of climate change in the form of the shrinking snowline in the mountains above them.

One glacier on Chacaltaya mountain − which rises above El Alto and which once hosted the world’s highest ski resort − has already completely disappeared. And the two Tuni-Condoriri glaciers that provide water for El Alto and La Paz lost 39% of their area between 1983 and 2006 − at a rate of 0.24 sq km per year.”

The SEI says that if the regional and global climate models that predict a two-degree rise in temperatures by 2050 are right, many small glaciers will completely disappear, while others will shrink dramatically.

"It’s a very different Svalbard" – a polar scientist on Arctic temperatures 20C above normal for the time of year: https://t.co/PSQeujhYAy pic.twitter.com/0sG5nk6D4C

It warns: “Glaciers are estimated to provide 20–28% of water for El Alto and La Paz. Therefore, glacier loss will have a considerable impact, which will be felt particularly during the dry season, when glacial water provides the majority of urban water.

The problem is exacerbated in El Alto, a sprawling settlement of over a million people who have migrated from the countryside.

The city’s population grew by at least 30% between 2001 and 2012, and the city’s land area has rapidly expanded by 144% in the last decade, spreading into the flat open countryside to the south and west. By 2050, the population is expected to double to two million people.

The SEI believes that one of the causes of this increased influx into the city will be climate change. It says: “Evidence from El Alto’s history indicates that the fastest periods of population growth coincided with droughts, floods and bad harvests associated with the meteorological phenomena of El Niño and La Niña.

By 2009, demand for water in El Alto had already outstripped supply, and that supply is now increasingly under threat as climate change melts the glaciers.

Bolivia cannot rely on new sources to resolve its water crisis, given both the costs and potential range of climate change impacts. So one of the country’s most critical challenges in coming years will be to plan and implement strategies for managing water under uncertain climate conditions.

Conservation and recycling methods, the SEI says, will be needed to build the resilience of Bolivian cities’ water systems to climate change.

The cities will also need to find ways of reducing water consumption, especially from industries and commercial enterprises, but also from the profligacy of a small number of rich domestic consumers.

The SEI paper recommends community participation in developing strategies and decision-making on the management of water resources. But, at the moment, the only role for those affected communities is that of protest.