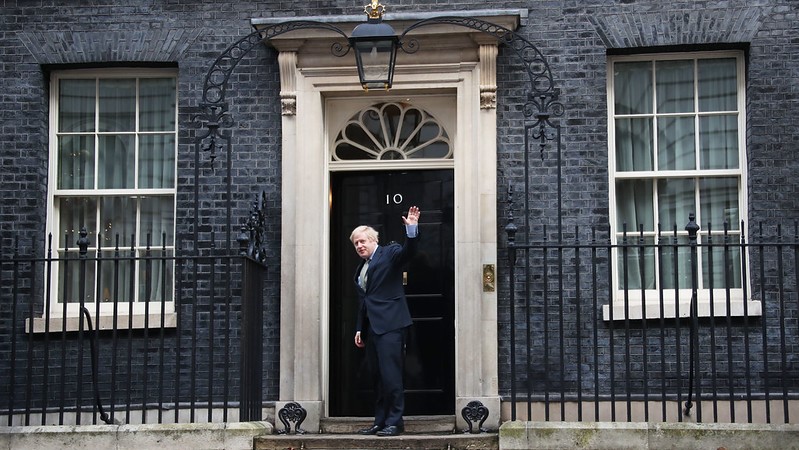 Sharma, aged 52 and little known outside the UK, will face a massive job at the two-week Cop26 conference in November – a task diplomats often liken to herding cats. Read Chloe Farand’s insightful story capping two weeks of her tireless coverage of the UK’s Cop26 turmoil.

Cop26 will be a key test of Britain’s diplomatic clout in the world after Brexit.

Sharma’s job will be to rally nations around the world, led by big emitters such as China and the European Union, to do more to curb emissions amid huge uncertainties, not least that the US under President Donald Trump will quit the Paris Agreement on 4 November. Democrats vying to beat Trump on 3 November would all re-join.

Sharma’s appointment seems to grate with assurances by Britain’s diplomatic service that it has marching orders to make climate change the UK’s top international priority this year.

Foreign ministers have often presided at key Cops – Laurent Fabius, the French foreign minister commanded talks that led to the Paris Agreement in 2015. Patricia Espinosa, then Mexico’s foreign minister, hammered through the Cancun Agreements in 2010 after clinically dismissing objections by Bolivia.

Sharma replaces Claire O’Neill, who was sacked at the end of January and then made a blistering attack on Johnson, saying he didn’t understand climate change and that preparations were “miles off track.”

So far, only three countries – the Marshall Islands, Suriname and Norway – have submitted upgraded Nationally Determined Contributions (NDCs) to the UN, outlining climate policies for the next decade or so.

Sunday 9 February was a theoretical deadline for submissions – nine months to the day before Cop26 opens in Glasgow – for countries making a strict interpretation of texts implementing the Paris Agreement.

‘Don’t shop till you drop’

Contrasting with the high diplomacy, Natalie Sauer visited Birmingham, in the north of England, where the UK is holding a “citizens’ assembly” to come up with ideas to achieve “net zero” emissions by 2050.

Her colourful report delves into participants’ reflections on consumption habits and their doubts the government will take their recommendations on board.

At the meeting of 110 sometimes bemused citizens, academics suggested buying less stuff, renting more and repairing possessions ranging from fraying clothes to old bicycles. One participant won applause by asking: “How can we be reassured that the government will follow on our recommendations?”

The worst swarms of locusts in the Horn of Africa in decades is leaving a frightening legacy: billions of eggs that could create a far worse, second-generation plague if they hatch and find enough food in coming months.

Read Sophie Mbugua’s gripping story about the crisis. She met Lawrence Mwarige, a farmer in central Kenya whose crops were destroyed by the swarm last month. In a chilling detail, he initially mistook the impending swarm for a dark rain cloud.

And Cyril Ferrand, FAO resilience team leader for eastern Africa, said eggs were an insect time bomb. “Within the next three months, we could potentially have a 20 times bigger problem than we have now,” he said.

The UK is the world’s seventh largest market for installed solar panels but no one knows exactly where they are, write researchers Dan Stowell and Jack Kelly in a well-read opinion piece.

Pinpointing the exact location of one million solar panels in the UK, twinned with up-to-the-minute weather forecasts, could help the UK reduce carbon emissions by having fewer gas-fired power plants running on standby to back up the solar panels, they write.