In a communique, African civil society called on leaders meeting in Ethiopia to ‘rapidly initiate a transition to clean and safe renewable sources of energy’ for all 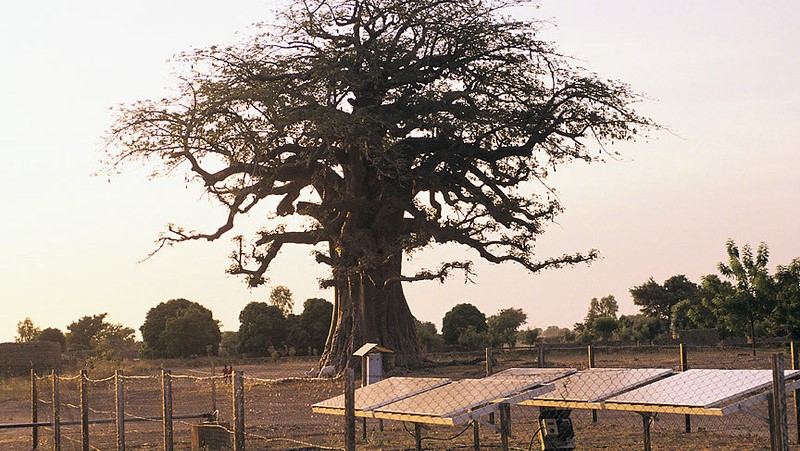 Campaigners in Africa are demanding their governments stop the development of fossil fuels on the continent and embrace the opportunities of renewable energy (Photo: Curt Carnemark / World Bank/Flickr)

African climate campaigners have called on their governments to stop the proliferation of coal, oil and gas projects across the continent as leaders meet for the African Union summit.

In a communique on Monday, African organisations and community groups said they “noted with concern the continued and deliberate proliferation of coal, oil and gas in Africa”.

Campaigners said planned fossil fuel expansion on the continent contradicted global commitments under the 2015 Paris Agreement to curb greenhouse gas emissions and limit the rise in average global temperatures to “well below 2C” above pre-industrial times.

The group called on African leaders meeting in Addis Ababa on 9-10 February to “put an end to fossil fuel development…. and rapidly initiate a transition to clean and safe renewable sources of energy that fully supports access to energy for those who currently lack it”.

The statement refers to a UN report published last year, which found that countries around the world were on track to produce 53% more oil, gas and coal than can be burnt to limit warming to 2C.

It also found that planned fossil fuel production to 2030 would exceed the amount countries can burn to meet their current pledges for action under the Paris Agreement, which add to more than 3C of warming.

In 2018, nearly 70% of energy investments in Africa went to fossil fuels, according to the International Energy Agency (IEA). However, African countries only emit about 5% of global greenhouse gas emissions and need to use more energy to help end poverty.

“We can either intentionally develop new ways to meet our energy needs without increasing our emissions or altogether lose the window of opportunity to ensure a safe climate and a sustainable future.”

This year’s African Union summit is focused on promoting peace in African countries as a vector for development. The transition of the African energy sector is due to be discussed in side events organised by member states, according to the summit’s agenda.

Africa has seen growing competition from large economies such as China and Russia to invest in energy projects and infrastructure. While China’s massive Belt and Road initiative does include renewable investment, large amount of money are being spent to upscale the continent’s oil and gas infrastructure.

At a UK-Africa investment summit in London last month, UK Prime Minister Boris Johnson promised to end all direct support for coal abroad but would still help African countries extract and use oil and gas.

Monday’s communique called on African leaders to “publicly condemn and reject the double standards advanced by fossil fuel companies and their allied interests, which result in the discriminatory treatment of Africa and her peoples.”

“Yet we find our leaders signing up to expensive and environmentally devastating fossil fuel and nuclear energy projects that will bring few benefits to their people and will maintain vast inequality. We are appealing to the African Union to take a visionary stance,” she said.

A majority of African countries have committed to enhance their climate plans this year, according to the World Resources Institute. But the challenge of curbing greenhouse gas emissions comes on top of efforts to bridge the energy access gap.

Sub-Saharan Africa has the lowest energy access rate in the world, with about 600 million people lacking electricity, according to the International Energy Agency.

In a 2019 report, Sustainable Energy for All found that current investments levels were not on track to meet 2030 global energy goals, warning that Sub-Saharan Africa was “at risk of getting left further behind” in the energy transition as population growth outstripped the increase of energy access.