Comment: In Colombia and Costa Rica, where governments have imposed carbon taxes, deforestation rates are down, while revenues to fund forest restoration efforts are up 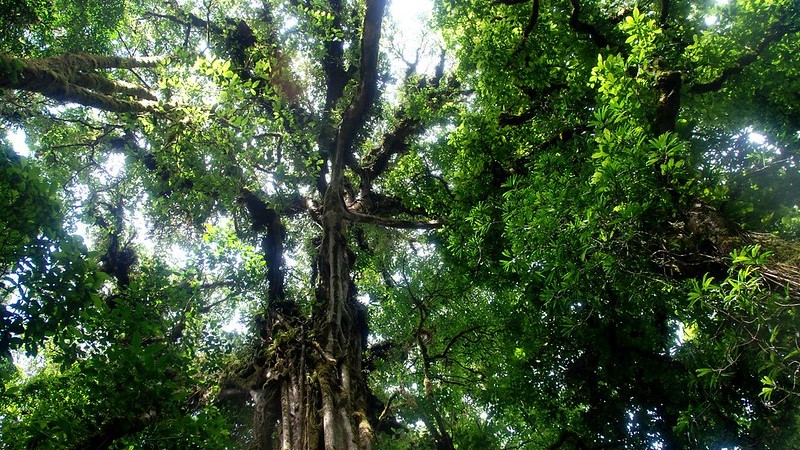 By Edward Barbier and Sebastian Troëng

Humans destroyed tropical forests last year at a punishing clip — with forest destruction in the Amazon soaring 85% since 2018.

Yet amid this wave of deforestation, two countries are bucking the trend.

In fact, Colombia and Costa Rica saw not only a drop in deforestation rates, but renewed efforts to restore previously degraded forests that generated revenue for their economies.

What did these two verdant countries have in common? Both have imposed taxes on carbon emissions.

Economists and scientists agree that carbon taxes help to reduce greenhouse gas emissions by creating an incentive for people to use less fossil fuels. But that’s not all they can do, as we and our co-authors – ministers from both countries – note in an essay published in the journal Nature.

Carbon taxes are also effective at reducing the greenhouse gas emissions created by the destruction of tropical rainforests, making them even more critical to addressing the climate crisis.

If tropical deforestation were a country, it would be the world’s largest emitter after China and the United States. Moreover, tropical rainforests remove carbon from the atmosphere: The Amazon, for example absorbs five percent of global carbon emissions every year.

This means that when we cut down our rainforests, we also eliminate one of our best tools for addressing the climate crisis.

But in both Colombia and Costa Rica, deforestation rates are down, while revenues to fund forest restoration efforts are up.

The programmes have different structures but similar impacts. Since 1997, Costa Rica’s carbon tax has helped to protect and restore lands across a quarter of the country. It generates $26.5 million in revenue every year, which the government then pays out to farmers and landowners that commit to rainforest protection or restoration on their property.

Meanwhile, Colombia’s programme has generated more than $250 million in revenue over the past three years. More than a quarter of that revenue goes toward environmental causes such as reducing deforestation and monitoring protected areas.

These programmes also offer a counterpoint to the argument that carbon taxes disproportionately impact people with lower incomes.

In Costa Rica, the government helps lower-income residents to complete their applications, and it prioritises lower-income regions when distributing payments. As a result, two out of every five people who receive a payment from the programme live below the poverty line.

We wanted to see what would happen if other countries adopted similar policies, so we analysed their potential impact on 12 countries with tropical rainforests across Africa, Asia and South America.

Our model found that if all 12 countries adopted a policy like Colombia’s, these countries would collectively generate $1.8 billion every year. If they decided to adopt an even more ambitious proposal in the face of increasing global emissions, their revenue would soar to nearly $13 billion — equivalent to the GDP of Nicaragua.

Either scenario would have a profound impact on protection and restoration efforts. Countries facing the biggest threats from deforestation, like Indonesia, would have robust funding streams to help restore devastated landscapes.

Other countries, like Mexico and Malaysia, would be able to better monitor their protected areas. And every country would reduce the public’s reliance on fossil fuels.

Our research shows that a carbon tax is one of the most effective investments a country can make, and a particularly easy initiative for countries with existing carbon offset programs like Peru and Ecuador.

It offers a powerful tool for governments to fight deforestation, reduce emissions and support rural communities. Governments should consider it, and international institutions should encourage it.

Science tells us that humanity has about a decade to change course and avoid a worst-case climate scenario. A carbon tax in tropical countries would go a long way to that end — while helping those who are most vulnerable to climate impacts.