The three nations account for 0.1% of global emissions. Norway says 9 February was the deadline for new plans before climate talks in November 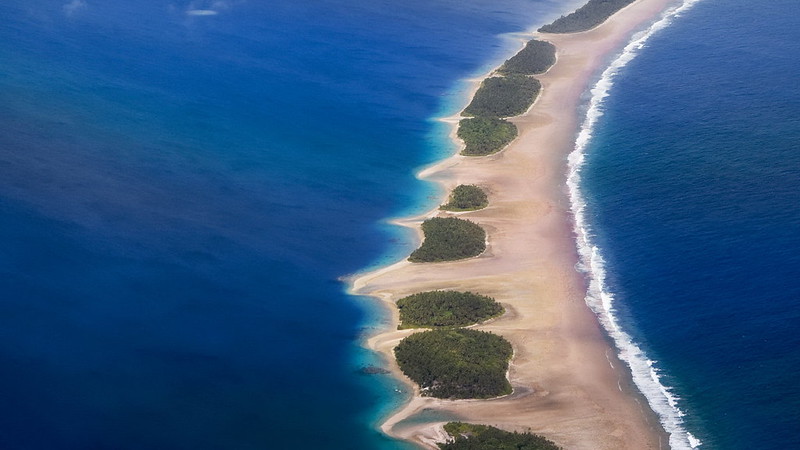 The Marshall Islands, Suriname and Norway have submitted plans for tougher action to tackle climate change before a five-year milestone of the Paris Agreement in 2020, with almost 200 others ignoring an informal 9 February deadline.

Together the three countries account for about 0.1% of world emissions.

The Marshall Islands, which says its 53,000 citizens account for a fractional 0.00001 percent of global emissions, says it will work to curb the Pacific islands’ vulnerability to storms and sea level rise while developing solar power to break dependence on diesel fuel.

Lacking land for solar power, it said it may place floating panels on lagoons and install panels in novel places such as on schools, basketball courts, hospitals, and at airports.

It was the first to submit a new NDC, in 2018, when it set a new goal of cutting emissions by 58% by 2035 and reaffirmed an aspiration for net zero greenhouse gas emissions by 2050.

Suriname says it will step up climate action especially in electricity, road transport, agriculture and forests – sectors that account for 70% of the country’s emissions. Overall, it says that it is already a “carbon-negative country” because its tropical forests soak up carbon dioxide as they grow.

Among measures, the NDC will expand protected areas for forests and wetlands to cover 17% of the South American country by 2030, up from 14%.

The NDC stops short of setting economy-wide targets for emissions but outlines “a cost-effective pathway to decarbonisation of sustainable economic development, maintaining the integrity of natural forest acting as a carbon sink, and strengthening resilience.”

Western Europe’s top oil and gas producer plans to cut emissions by 50-55% by 2030 below 1990 levels, in line with a European Green Deal outlined by the European Commission. Norway is not an EU member, but usually matches EU goals, which are currently for a cut of at least 40% by 2030.

It became the first developed nation to submit a new NDC, on 7 February, saying “the deadline is February 9.”

Norway’s emissions were 1.1% above 1990 levels in 2018 and Norway has failed to meet previous targets with domestic action. In 2010, for instance, the government pledged to cut emissions by 30-40% by 2020. It will only meet the goal by buying emissions quotas abroad.

Separately, a total of 107 governments representing 15% of emissions have promised to enhance NDC ambition sometime this year, according to the World Resources Institute think-tank.

There are 197 parties to the 2015 Paris Agreement. NDCs are the building blocks of global action, typically outlining policy goals for the next decade.

Documents implementing the 2015 Paris Agreement say countries are meant to bolster their NDCs every five years and submit the plans at least nine months before the relevant UN conferences, or Cop. This year’s Cop26 will be in Glasgow from 9-19 November, making 9 February a theoretical date for submissions.

But documents dating back to 2011 say the Paris Agreement was originally due to enter into force only in 2020, meaning that formal reviews will only start in 2025, 2030, 2035 and so on, legal scholars say. Governments may be able merely to re-submit existing plans in 2020.

But many governments, climate activists, the UN, cities and companies want urgent upgrades this year to tackle the worsening impacts of warming.