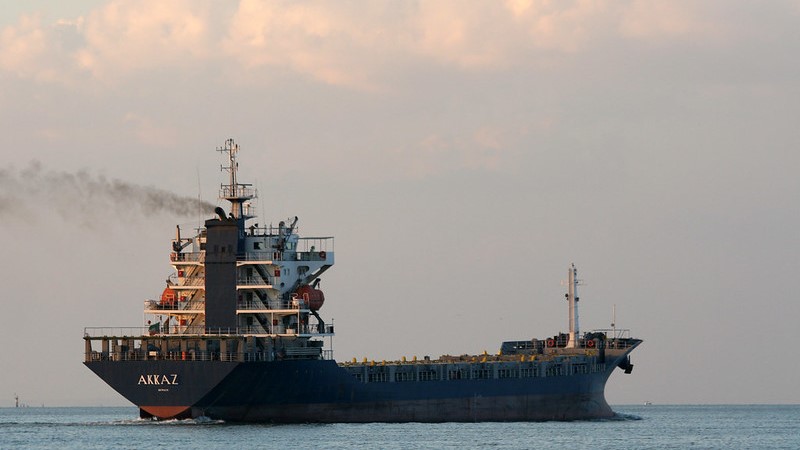 Research found that CO2 intensity of international shipping had already dropped by 30% from 2008 levels when the sector set a 40% intensity reduction target by 2030 in 2018. (Photo: Hamad M/Flickr)

International shipping could scale up goals for decarbonisation in coming years since the sector’s climate target for 2030 was already three-quarters met when it was set two years ago, a study showed.

A study by the International Council on Clean Transportation (ICCT), an independent research group, found that CO2 intensity of international shipping had already been reduced by 30% from 2008 levels in 2018.

That year, the International Maritime Organisation (IMO) set a 40% reduction target by 2030.

The paper’s authors suggested widespread “slow-steaming” – a practice that reduces ship’s operational speed and fuel use by not using the engine at full power – was behind the drop in CO2 intensity.

Overcapacity in ship transport supply has caused ship speed to drop by 20% between 2008 and 2015, according to the ICCT.

“This suggests that the 2030 goal may be tightened when International Maritime Organisation (IMO) revises the strategy in 2023,” the report noted.

Dan Rutherford, the ICCT’s programme director for marine and aviation and one of the study’s authors, told Climate Home News the findings pointed “to the need for the IMO to adapt a more stringent 2030 target”.

The report added that ship speeds could rebound by 2030, depending on factors such as the state of global trade, oil prices and freight rates.

The findings were submitted to the IMO on Monday ahead of a round of talks at the end of March.

International shipping accounts for 2-3% of global emissions but, like aviation, the sector’s emissions are not covered by the Paris Agreement.

Projections by CE Delft for the IMO found that shipping emissions could increase up to 120% by 2050 and, under a business as usual scenario, the sector could account for 10% of global emissions by mid-century.

The IMO is working to finalise measures to support its CO2 intensity reduction goals this year.

Proposals include submissions backed by France and Greece for a speed limit on tankers and bulk carriers. Norway and Japan have also proposed plans that would allow companies to decide how to meet energy efficiency targets by using cleaner fuel or more efficient vessels.

Among Japan’s proposals is a plan to fit ships with engine power limitation devices to indirectly reduce speed and fuel use.

Japan is the world’s third largest ship-owning country and an influential voice inside the IMO. Hideaki Saito, of Japan, chairs the IMO’s Marine Environment Protection Committee (MEPC) – the committee which deals with climate change and emissions reduction issues.

Engine power limitations measures “would need to be aggressive in order to contribute to the IMO’s climate goals,” the report said.

Research found that limiting engine power by 30% or less would have a negligible impact on emissions and would deliver theoretical on-paper emissions reductions, rather than real-world cuts, Rutherford told CHN.

Only by limiting engine power by more than 50% would the measure lead to more meaningful CO2 reductions, the report said. Halving engine power would reduce emissions of existing fleets of about 3% compared with business as usual, taking into account 2018 speed and different types of ships.

Increasing that number to 60%, would reduce emissions of the global fleet by about 6%, according to the ICCT. However, such reduction of engine power would “begin affecting significant numbers of [ship’s] operational hours” the study noted.

In contrast, research funded by the EU Commission found restricting ship speed by 20% below 2012 levels could achieve up to 34% of CO2 emissions reduction by 2030.

John Maggs, president of the Clean Shipping Coalition and senior policy advisor at Seas at Risk, accused Japan of leading a “ignore-the-science coalition”.

“In a technical-sounding debate about ‘short-term measures’, Japan is proposing CO2 rules that are weak, opaque, and will fail to actually cut emissions,” he said.

Across the sector, some companies and shipping associations have shown appetite for more ambitious climate targets.

In reflections published at the start of the year, Bimco, one of the world’s largest shipping association representing ship owners, said “substantial gains” in emissions reduction had been made since 2008.

“It is, therefore, not a question of if the shipping industry will meet the IMO 2030 objective of achieving 40% carbon efficiency improvements over 2008, but about what the target should be increased to in 2023 when the IMO adopts its final greenhouse gas reduction strategy,” it said.

Bimco was also part of a coalition of shipping association that proposed the creation of an emissions reduction research and development programme funded via a mandatory contribution of £2 per tonne of marine fuel oil purchased for consumption by ships – a move campaigners said fell far short of the need to cut emissions.

Maersk, the world’s largest container shipping company, has pledged to achieve carbon neutrality in its operations by 2050 and to have developed commercially viable carbon neutral vessels by 2030.