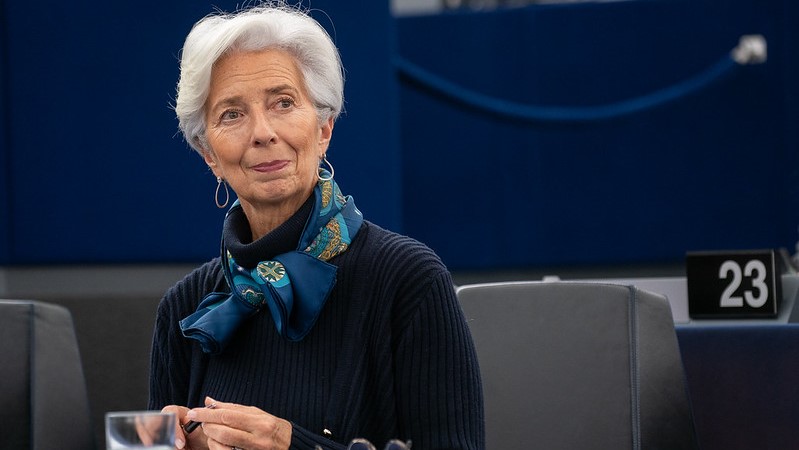 European lawmakers have called on the European Central Bank (ECB) to put climate change at the centre of the bank’s review of its monetary policy strategy this year, endorsing the bank’s chief vision for “gradually eliminating” carbon assets.

The European Parliament voted by a large majority for a resolution recommending the ECB looks at ways in which central banks can tackle the climate crisis and help drive the continent’s decarbonisation.

452 MEPs from across the political spectrum voted in favour of the resolution as 142 lawmakers, including far-right parties, opposed the text during a vote in Strasbourg on Wednesday.

While the text bears no legal implications, it is a strong political signal of lawmakers’ support for ECB plans to assess and take into account climate risks.

The ECB is undergoing a strategic review this year and recommendations could be presented to the bank’s board of directors before the start of the UN climate talks, or Cop26, in November.

The resolution suggested the ECB – one of the most powerful economic institutions in Europe – make the question of “how central banking can contribute to a sustainable economy and the fight against climate change one of its research priorities”.

It also raised concerns that “62.1 % of the ECB corporate bond purchases take place in the sectors that are responsible for 58.5 % of euro area greenhouse gas emissions” and called on the bank to assess the impact of its asset purchase programme on climate action.

During a hearing ahead of her confirmation as ECB president last year, Christine Lagarde told lawmakers the bank should “move to a gradual transition to eliminate” carbon assets from its portfolios.

In her remarks to the European Parliament on Tuesday, Lagarde said the ECB needed to take climate change into account when considering its policies and operations.

“But nobody can ask the ECB to substitute what governments should do and what policies should be,” she said.

Lagarde said the bank’s review would help it decide when and how climate action and risk have an impact on the ECB’s policies, including price stability, risk management and the composition of portfolios.

She added the ECB was already working to expand its knowledge of the economic impact of climate change and how it reflected in its forecasting models and analysis.

“The ECB is monitoring systematic risk stemming from climate change and the transition to a carbon neutral economy,” she told MEPs.

Stanislas Jourdan, head of Positive Money Europe, a campaign group that has called for the ECB to do more to promote green finance, told Climate Home News the adoption of the resolution was “big progress” and sent “a political approval” for Lagarde to press ahead by putting climate change at the centre of the bank’s review.

“The ECB can now confidently start its strategic review, knowing there is agreement in principle that the bank should play a role in the EU’s climate strategy,” he said, adding the debate should move to evaluating how monetary instruments can support the green transition.

The resolution adopted by the parliament also called on the bank to “implement the environmental, social and governance principles into its policies”.

Lawmakers recalled that the ECB is “bound by the Paris Agreement” and that the accord “should be reflected in its policies”.

Last week, a report by the London-based think tank New Economics Foundation estimated that leading central banks in the euro area, including in the UK, the US, Japan, China and Switzerland, own more than $12 billion in bonds and stocks exposed to coal.

In a debate on the ECB’s review in the European Parliament on Tuesday, Dutch MEP Paul Tang, a member of the Progressive Alliance of Socialists and Democrats, urged Lagarde to “make real progress now that you can”.

Sirpa Pietikäinen, a Finnish lawmaker and a member of the conservative European People’s Party, thanked the ECB for “finally taking into account climate and environmental risk” and called on the bank and the European Commission to work to “harmonise” sustainable investments across both institutions.

MEP Piernicola Pedicini, of the Five Star Movement in Italy, said he would vote against the resolution.

“It is not enough to have good intentions and to want to fight climate change to help the ECB fight the failure of the real economy,” he said.

The bank will formally respond to the parliamentary resolution in its annual report in April.