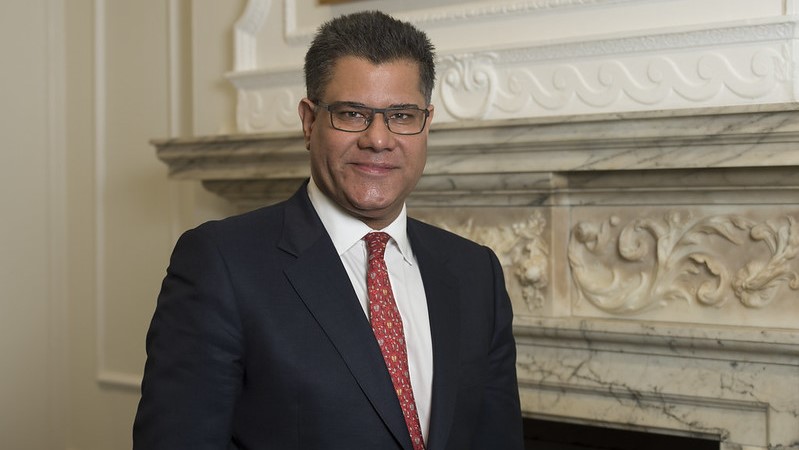 Alok Sharma, the UK's former Secretary of State for International Development, has been named as the minister in charge of Cop26. (Photo: Number 10/Flickr)

A government official at Number 10, the Prime Minister’s office, told Climate Home News Sharma would be the minister in charge of Cop26 and serve as the meeting’s president.

He will replace ousted Cop26 president Claire O’Neill, who was appointed in July but was abruptly sacked at the end of January. The position had been vacant for nearly two weeks, with both the UK’s former prime minister David Cameron and the former foreign secretary William Hague declining the job.

The move is part of a cabinet reshuffle due to reflect the UK government’s new priorities as it strives to reshape its relationship with the rest of the world after Brexit.

Sharma, who is little known outside of the UK, has held the international development portfolio between July 2019 and February this year.

During his time in government, Sharma, a former accountant and banker, also served as under secretary of state for the foreign office. In 2016, he was appointed the prime minister’s infrastructure envoy to India. However, he has limited experience in climate diplomacy.

In his new role, Sharma will need to balance responsibilities for the UK’s climate policy – a key test of the presidency’s credibility in demanding tougher climate action – alongside the energy and business brief as well as the diplomatic preparations for Cop26.

The talks are a key moment for countries to bridge the gap between current levels of ambition and what is needed to limit global temperature rise “well below 2C”.

Alex Scott, senior policy advisor on Cop26 for the environmental think tank E3G, welcomed the elevation of the Cop26 president to a ministerial role and Sharma’s previous “climate experience” at the department for international development.

She told Climate Home News, Sharma will be “able to draw on highly competent civil servants and diplomats in the Cop units,” the foreign office and the business department.

But with only nine months to go before the critical summit, Scott said Sharma would need to take “immediate action on diplomatic strategy to drive countries to raise their climate ambition ahead of Cop26”. One of this year’s key moments will be an EU-China summit in September, when the union hopes to leverage Beijing into bolder action.

Responding to Sharma’s appointment, Mohamed Adow, director of energy and climate think tank Power Shift Africa, said it was “a relief” to have a Cop president in post but warned “now the hard work must start”.

“This is the UK’s first real test post-Brexit and so far Britain has not looked like a serious player on the global stage. The eyes of the world are watching and the UK’s Commonwealth allies in Africa and around the world will be demanding an outcome that sees those of us on the front lines of the climate crisis protected,” he said.

Andrew Norton, director of the International Institute for Environment and Development (IIED), said Sharma now had to “build coalitions of pressure to move the United States, Brazil, Australia, Saudi Arabia and others that are blocking progress”.

The UK faces a tough diplomatic double act to propel ambitious climate action into the 2020s while also negotiating new trade deals, including with the European Union.

This week, UK officials have sought to give reassurances the summit was “the top international priority” for the UK government, refuting concerns striking trade deals would take precedence.

In Paris on Wednesday, Kwasi Kwarteng, then clean growth minister, said “Cop26 – let no-one be in any doubt – is the top international priority for the UK government”.

“We really can’t afford it to be a failure,” he told an event at the International Energy Agency (IEA), pointing to both global and national reputational risk.

The UK presidency is under pressure to leverage the world’s largest emitters into taking more ambitious climate action and toughen their climate plans.

Under the Paris Agreement, countries are due to “communicate or update” their 2030 climate plans before the end of the year as well as publish a long-term decarbonisation strategy.

Much expectations rides on the the hope that countries will enhance their climate plans, with Cop26 as the unofficial deadline. Only the Marshall Islands, Surniname and Norway met a theoretical UN deadline of 9 February to ratchet up their ambition.

Officially launching Cop26 in London last week, Johnson called on every country to set net zero emissions goals this year. “The UK is calling for us to get to net zero as soon as possible – for every country to announce credible targets to get there [sic]. That is what we want in Glasgow,” he said.