Putting the brakes on – Climate Weekly 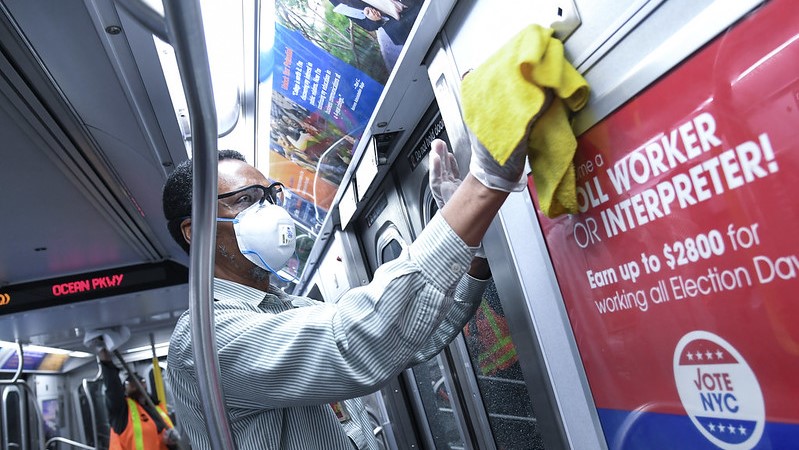 The World Health Organisation has declared the coronavirus outbreak a pandemic, pushing the global economy into frenzy.

As industrial production slows down and planes are grounded, the bust to the global economy is seeing global emissions fall. But the pollution respite for the planet could be short-lived.

Writing in Climate Home News, Andrew Norton, director of the International Institute for Environment and Development (IIED) warned that “what counts in terms of meaningful action to address the climate crisis is long-term structural change”.

“If handled badly,” he warns, “the pandemic could suck the energy out of public action and public policy as prosperity declines”.

Meanwhile, the International Energy Agency said the outbreak could spell a slowdown in the clean energy transition if governments fail to use green investments to bolster economic growth.

While immediate resources and attention to tackle the virus are necessary, the pandemic will put governments’ focus on climate action to the test.

The virus’ impact on the global climate and biodiversity agenda this year is already being felt, with a host of meetings being cancelled or postponed.

UN Climate Change has announced it won’t hold any physical meetings until the end of April and Africa Climate Week has been postponed.

International negotiations on an ocean treaty to create marine protected areas in the high seas have been postponed – potentially giving countries extra time to break the talks’ deadlock.

And in London, the International Maritime Organisation has put off key talks on reducing shipping emissions.

The delays are putting increasing pressure on an already tight timetable ahead of a major biodiversity summit in China in October and the UN climate talks in Glasgow in November, as meetings risk being pushed back into the second half of the year.

The pandemic may have made the steep climb the world faces to ramp up climate ambition ahead of Cop26 steeper still.

And while expectations for Cop26 are building up, the legal requirements for countries to ratchet-up their climate plans this year need attention.

Alister Doyle has taken a close look at the decision texts spelling out what countries need to do this year.

In Ethiopia’s capital, a major project to clean up Addis Ababa’s riversides has opened opportunities to boost the city’s green development.

But as Dagim Terefe found out, the $900 million plan has a heavy human cost, with people being displaced and their shelters demolished, at times “without warning”, to give way to the development. Read his report here.

In Montreal, the International Civil Aviation Organisation (Icao) council is meeting to decide which carbon offset schemes airlines will be able to use to offset their emissions from January 2021.

Under UN plans, Icao members have agreed to make all growth in international flights after 2020 carbon neutral compared with a baseline of average emissions for 2019 and 2020. With flights grounded because of the virus, that average is likely to go down.

If traffic rebounds in coming years, growth from the baseline will be bigger than previously expected, forcing airlines to do more to offset their emissions growth.

Campaigners have expressed concerns Icao could come under pressure to lessen airlines’ financial hardship. One to watch.