Comment: While gender equality and women’s empowerment are goals, they are also essential enablers of climate action and development 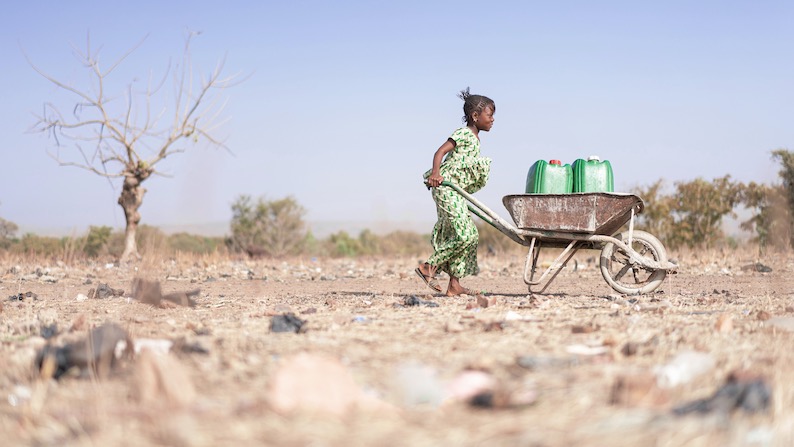 By Frank Rijsberman and Ingvild Solvang

This year, the Paris Agreement’s effectiveness as a global response to the climate crisis is being tested as governments are preparing to submit more ambitious national targets for mitigation and adaptation.

The combined ambitions of these targets should match the urgency to strengthening resilience and limiting the disastrous climate change impacts around the world.

The Paris Agreement aims to keep global warming well below 2C and closer to 1.5C compared with pre-industrial levels. This means reaching a peak in global emissions shortly and achieving climate neutrality by 2050, in other words target net zero emissions by 2050.

Achieving this requires stepping up immediate actions that follow new models of economic growth and development that shift policies and investments towards low-carbon, green growth solutions.

Promotion of poverty alleviation, gender equality and social inclusion is embedded in Global Green Growth Institute’s (GGGI) support to our member countries in this transition.

This is in recognition that achievement of countries’ climate plans, also known as Nationally Determined Contributions (NDCs), for the Paris Agreement must align with Sustainable Development Goal (SDG) priorities.

Mounting evidence shows that gender equality is an accelerator of development and of climate action, and GGGI suggests two key priorities in 2020.

First, increased investments in climate change adaptation are essential for livelihoods, food security and disaster risk reduction, particularly to benefit women and girls, who are disproportionally impacted by climate change.

Second, “A Just Transition” is needed, particularly in renewable energy, to ensure enhanced opportunities world over for women to participate in decision-making and the economy.

The climate crisis impacts men and women differently given their different roles in society.

In the most climate vulnerable communities, women’s work and activities tend to be dependent on natural resources, and climate change results in more effort and time required to collect water, firewood, and secure food for the household.

Lack of access to sustainable energy services and productive assets and financial resources are key barriers to the ability of communities to adapt to a changing climate.

With limited roles in community and household decision-making, and with lesser access to services and resources globally, women are further disadvantaged.

A study by consulting firm McKinsey estimates that although women constitute 50% of the global population, they contribute only 37% to the global (formal) economy.

In Myanmar’s Ayeyarwady Delta, mangrove forests are essential to people’s lives and livelihoods. The Cyclone Nargis that hit the Delta in 2008 claimed more than 130,000 lives.

Consistent with a tragic global disaster pattern, 61% of those dead were female with the number much higher in some villages according to a 2014 post-disaster assessment undertaken by the government of Myanmar and partners.

This illustrates the gendered nature of climate disasters.

A review of evidence by UN Women and UN Development Programme (UNDP) highlights how integrated approaches to political and economic empowerment are needed to support women participation and leadership in climate action, which in turns enhances their resilience.

In the context of the Myanmar Delta, mangrove conservation is an essential response to the climate crisis. GGGI is incorporating these gender perspectives into its work with the government on developing the case for community-led forest management, to safeguard men and women’s equal leadership and sustainable access to forest resources.

In parallel, investments in fishery value chains could have significant positive impacts on rural women’s livelihoods through access to finance, technology and markets.

A transition to renewable energy is essential to fight the climate crisis.

About three-quarters of the first generation of NDCs made reference to renewable energy, and this focus is likely to increase as governments submit more ambitious targets and as the price of renewable energy has come down significantly in the last five years.

This shift requires a “just transition” – a term that means support for those who lose their jobs in the brown economy in the shift towards a green economy – to ensure a broad-based political will and public support for driving decarbonisation of the economy.

GGGI has assessed the potential for green job creation in Mexico, Indonesia and Rwanda as a result of the switch to renewable energy in the NDCs of these countries, and found that considerable employment and economic opportunities can be created.

While the number of green jobs gained will likely outpace the numbers of brown jobs lost, those losing their brown jobs are not the same people as those gaining new green jobs, and therefore a just transition is key.

Furthermore, by acknowledging the gender dimension of the renewable energy sub-sector, policymakers have an opportunity to ensure that women can participate in this expanding green labour force on equal terms as their male counterparts.

A 2019 report by the International Renewable Energy Agency (Irena) estimates that only 32% of the current global renewable energy workforce are women and that the gender gap is even wider in technical and senior roles.

In a 2020 report on the emerging wind energy sector, Irena concludes women constitute only 21% of the workforce in this sub-sector, which is even lower that the global average for women in oil and gas at 22%.

The reasons for these gender gaps are complex, and the NDC can be an important instrument to pair climate targets with socio-economic co-benefits and women’s empowerment.

A first step towards closing this gender gap is to have better quality gender data to drive responsive polices, for example in public procurement criteria that stimulate women’s participation in the workforce, conducive workplace policies, and measures to increase the number of women in energy-related education.

In the Mexican State of Sonora, where 21% of the energy workforce are women, GGGI has engaged with a broad range of public and private sector stakeholders to explore opportunities for gender equality in renewable energy sector.

This should ensure a broader talent-base for a growing sector.

At the same time, Mexico has one of the world’s largest gender gaps in employment generally, and increased women’s participation could therefore significantly contribute to economic growth and increased welfare.

In conclusion, while gender equality and women’s empowerment are goals, they are also essential enablers of climate action and development more broadly.

While upping climate ambitions in 2020, we must also step up our efforts to unlock the potential of women and girls around the world.