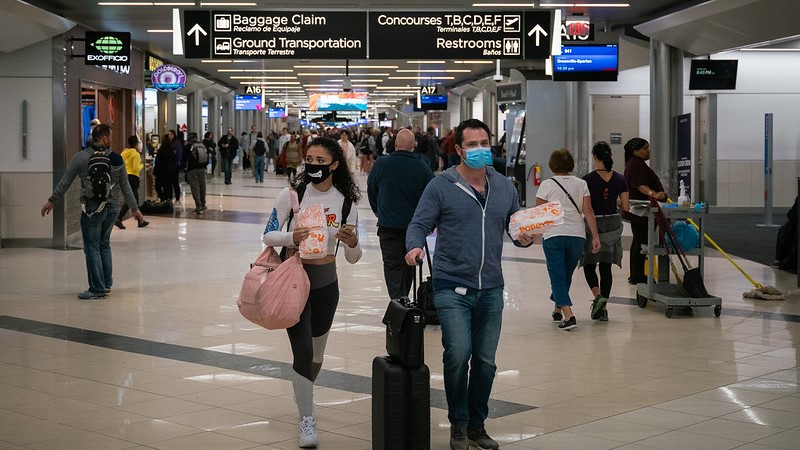 The spread of coronavirus across the world is disrupting climate and biodiversity meetings ahead of two critical UN summits seeking to limit warming and to halt extinctions of plants and wildlife.

Measures to contain the spread of coronavirus, also known as Covid19, are ramping up globally, with tougher travel restrictions forcing meetings to be postponed later into the year and squeezing timetables for decisions.

An intergovernmental conference aiming to establish a global ocean treaty to protect marine biodiversity in the high seas, beyond areas of national jurisdiction, is the latest of a series of global meetings to be affected by the virus.

A draft decision to postpone the meeting is expected to be considered by the UN General Assembly on Wednesday.

The fourth and final round of government negotiations on marine biodiversity had been due to take place at the UN headquarters in New York from 23 March to 3 April.

On Friday, UN Climate Change said it would not hold any physical meetings in its headquarters in Bonn, Germany, or elsewhere in the world from 6 March to the end of April.

12 meetings planned between now and the end of April could be affected by the decision, according to UN Climate Change’s calendar. This includes the Adaptation Fund board meeting which has now been postponed.

In a statement, executive secretary of UN Climate Change Patricia Espinosa said the decision to suspend meetings until the end of April acknowledged “the increasing challenges posed by travel restrictions and quarantine measures that some countries have imposed on travellers from Germany”.

Over the past few days, some meetings were unable to make progress because of delegates absence, she said, adding: “Some forthcoming meetings require quorum which can be affected by last-minute cancellations or non-attendance by members or alternates.”

The delays are putting increasing pressure on an already tight timetable ahead of a major biodiversity summit in Kunming, China, in October and UN climate talks in Glasgow, UK, known as Cop26, in November.

In Kunming, countries are due to agree on a new global framework to protect biodiversity over the next decade. In Glasgow, countries are under pressure to enhance their climate plans for the next 10 years and finalise rules for a global carbon market.

And the impact is being felt across the UN.

Last month, a preparatory meeting for the biodiversity summit in Kunming, had to be relocated from China to Rome, Italy.

For shipping, the International Maritime Organisation has already postponed two meetings due to take place this month. A key meeting of the IMO’s environmental protection committee held in London from 30 March to 3 April could also be affected.

The committee is expected to review proposals to improve the energy efficiency of ships. A decision on whether to uphold the meeting could be taken later this week, an IMO spokesperson told Climate Home News.

Africa Climate Week, which was due to take place in Kampala on 20-24 April, was also postponed. Uganda is still due to host the meeting but at a later, unconfirmed, date.

Elsewhere, the Green Climate Fund (GCF) board meeting is taking place in Geneva, Switzerland, this week, instead of at its headquarters in Songdo, in South Korea. Attendance to the meeting, where board members are due to approve a new strategic plan for the next four years, has been restricted.

Liane Schalatek, an observer to the GCF meeting from the environmental think-tank Heinrich Böll Foundation who is unable to attend the meeting, told CHN this will be “an interesting test case” for whether transparency and remote participation can work at scale via webcasting.

The scale of the impacts of Covid-19 on the global timetable for action on biodiversity and climate change is not yet known.

Speaking at the UN on Friday, Cop26 president Alok Sharma said the UK, alongside Italy which is hosting the pre-Cop, will be “creating a drumbeat of action in the calendar of international events leading up to Cop26”. The whole of Italy has since been put on lockdown because of the virus.

In private, climate diplomats told CHN the impact could be much greater if Covid-19 were to affect climate talks in Bonn in June, when countries are due to lay the ground work ahead of Cop26.

A spokesperson for the Cop26 presidency team said the summit was still many months away but it was “monitoring the situation closely”.

“Our officials are attending planned engagements but we are aware that this is an issue which may affect some international travel. We will adapt our plans accordingly to ensure necessary discussions and diplomacy with international partners can continue,” she said.

Meanwhile, it is still unclear whether a key EU-China meeting at the end of the month in Shanghai can go ahead as planned.

EU Commission president Ursula von der Leyen and EU Council president Charles Michel are due to travel to Beijing to prepare an EU-China summit in Germany in September.

The EU is hoping to engage Beijing in a race to the top to ensure global action to curb emissions remains meaningful ahead of Cop26, even without the US on board.

On Monday, the World Health Organisation reported 1,112 cases in Germany and more than 110,000 confirmed cases across the world. More than 3,800 people have died of the virus so far.