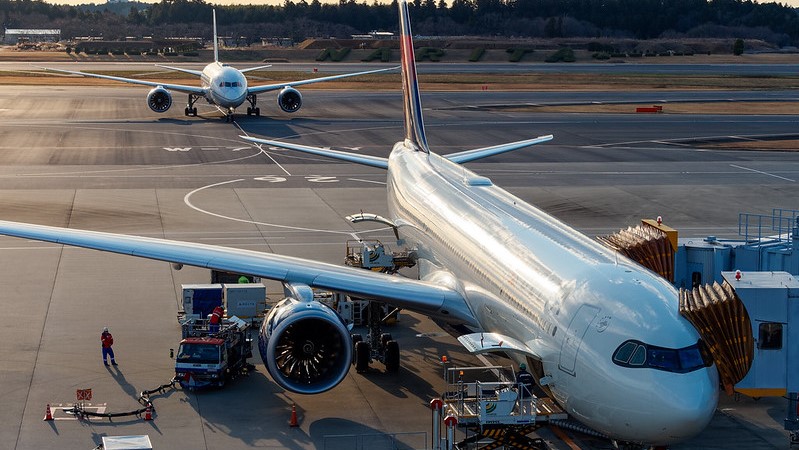 The UN aviation body Icao is meeting in Montreal to decide which offsets schemes airlines will be able to use under Corsia. (Photo: Melv_L - Macasr/Flickr)

The coronavirus outbreak has sent the aviation industry reeling from one of its biggest economic shocks in recent years.

But the virus is also putting the finger on one of the industry’s most difficult challenges: curbing the sector’s increasing greenhouse gas emissions from a baseline of 2019 and 2020.

As part of goals to limit emissions, members of the International Civil Aviation Organisation (Icao), the UN body responsible for aviation, have agreed an “aspirational goal” to make all growth in international flights after 2020 carbon neutral.

Under the plan, countries have agreed to use a market-based offset mechanism known as Corsia to mitigate emissions from flying. Offsets are the primary tool to curb the sector’s emissions with alternative fuels and energy efficiency technologies not developed at scale.

The resolution to establish Corsia adopted in 2016 states that the sector’s growth should be offset compared with a baseline of average total emissions for 2019 and 2020.

But with thousands of flights grounded because of the coronavirus, emissions from aviation are anticipated to fall this year, reducing average emissions over the two years.

If traffic rebounds in coming years, growth from the baseline will be bigger than previously expected, forcing airlines to do more to offset emissions than they would if flights in 2020 were unaffected by coronavirus.

Last week, the International Air Transport Association (IATA) said it anticipated revenue losses for passenger business of between $63 billion and $113 billion. Airline share prices have also been hit hard by the outbreak, now considered a pandemic by the World Health Organisation.

On the other hand, “the coronavirus paired with concerns about climate change could mean that people will act more carefully about getting to places in the future,” she said.

Separately, Petsonk wrote in a statement that Icao was likely to come under pressure to “change the fundamentals of Corsia” to ease the financial hardship for airlines.

That could include calls to revise the 2019-20 baseline. “This would be a dangerous mistake because it might trigger a reconvening of the 190+ member countries of Icao’s Assembly to renegotiate the hard-fought 2016 resolution,” she wrote.

From January 2021, only flights between countries which have volunteered to participate in the Corsia system will have to compensate for the growth in their emissions. From 2027, offsetting obligations will become mandatory for all international flights.

Flying accounts for about 2%-3% of global emissions, roughly the same as Germany. Icao’s own forecast anticipates emissions to increase by up to 300% by 2050 under business as usual.

On Friday, Icao’s council – a body of 36 countries, including the world’s largest air travel manufacturing and infrastructure nations – is due to start discussing which of 14 carbon offset schemes  airlines will be allowed to use during the first three-year voluntary stage. The meeting is due to last until 20 March.

The decision is key to the integrity of the Corsia scheme in delivering real emissions reductions since it will impact the quality and quantity of offsets that airlines will be able to buy to cancel out the growth of their emissions.

The inclusion of credits from the Clean Development Mechanism (CDM), a carbon market set up under the Kyoto Protocol, is a concern for observers and campaigners, who fear this could flood the market with billions of cheap credits that have not actually achieved emissions cuts.

The meeting, which is taking place in Icao’s headquarters in Montreal, is closed to observers and the media.

Icao’s Technical Advisory Body (TAB) made a set of recommendations to the council, which have not been made public. Climate Home News understands that at least six of the 14 schemes that applied have been judged eligible to be used under Corsia.

Campaigners have called on Icao to publish the TAB recommendations, warning against the risk of a back room deal and the politicisation of the decision.

In a letter, the International Coalition for Sustainable Aviation warned the council its decisions and “the transparency with which you make these, puts the credibility of aviation’s climate efforts in the global spotlight”.

The start date to accept offset projects could have a key impact on the scheme’s integrity.

An earlier date would allow more credits on the market while a later start date would restrict the market’s liquidity. But research has found that the supply of credits is much higher than the demand forecast.

A study by Ecosystem Marketplace found that starting the crediting period in 2013, would allow for a billion tonnes of carbon credits from the CDM to become available under Corsia.

That is the equivalent of six to ten times airlines’ foreseeable demand, according to Ecosystem Marketplace.

Another option, reportedly being considered by Icao, is to include offsets that were based on emission reduction activities that have taken place between 1 January 2016 and 31 December 2020.

“A lot of people began developing projects in 2016 explicitly because Corsia was announced that year,” said Steve Zwick of Ecosystem Marketplace.

An analysis by Carbon Market Watch found that credits currently available on the voluntary markets, which exclude credits from the CDM for instance, are enough to cover Corsia’s demand well into 2025.

“This would leave five years for new projects to start and generate credits for the rest of Corsia,” Gilles Dufrasne, policy officer at Carbon Market Watch said, insisting eligibility should been defined by the quality over quantity of credits.

In its letter, the ICSA has called on Icao’s council members to exclude any offsets from projects which were started before 2020.

ICSA also called on the council to ensure emissions reductions are not double counted by both the airline buying the credits and the host country benefiting from the project.

There is still no international agreement on avoiding double counting emissions reduction after countries failed to agree on the issue at the last UN climate talks in Madrid in December.