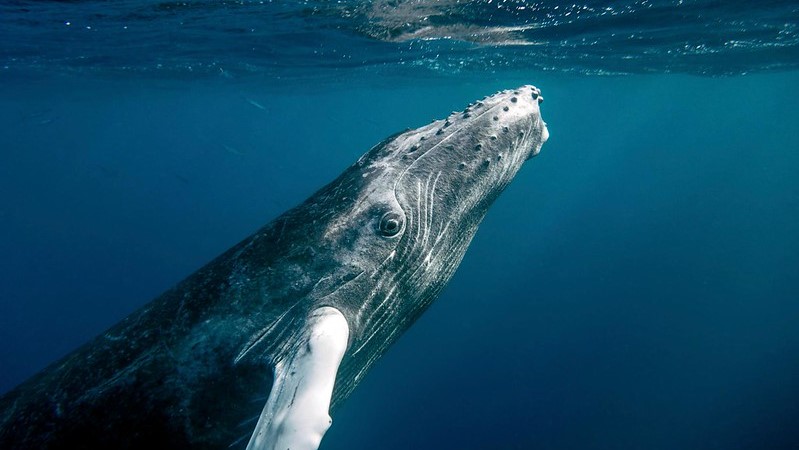 Talks on a global governance system for the high seas to better protect marine biodiversity have made little progress in recent months. (Photo: Christopher Michel/Flickr)

The UN has postponed deadlocked talks on a global treaty to protect marine biodiversity in the high seas because of the coronavirus, giving countries extra time to seek compromise.

Governments had been due to agree a global treaty in April to safeguard life in seas beyond the national jurisdiction of coastal states, a poorly regulated region accounting for two-thirds of the global ocean.

Over-fishing, shipping, plastic pollution and the potential of seabed mining are among the threats already affecting marine ecosystems. Meanwhile, climate impacts such as warming waters, rising acidity and shifting current patterns are also undermining the resilience of marine biodiversity.

A resolution adopted by consensus by the plenary meeting of the UN General Assembly on Wednesday agreed to postpone the talks to “the earliest possible available date” because of the coronavirus outbreak.

The fourth and final round of government negotiations had been due to take place at the UN headquarters in New York from 23 March to 3 April.

“Very sad but this is the right thing to do. We will be back and conclude our negotiations of this important new treaty to protect our oceans,” Catherine Boucher, legal advisor to Canada’s mission to the UN, wrote in a tweet.

This is the latest of a number of climate and biodiversity meeting to be cancelled or postponed because of the virus.

Observers and delegates previously expressed concerns the March session would be unable to break deadlock between nations and that at least one more negotiating round would be needed. A UN document from February listing governments’ proposed changes to a draft treaty text runs to 350 pages.

The negotiations, which started in September 2018, have so far made little progress on some of the most important issues. This includes the governance process to ensure rules on state and companies’ activities in the high seas are respected.

Sandra Schoettne, of Greenpeace’s Protect the Oceans campaign, told Climate Home News she hoped the postponement “doesn’t slow political momentum” and urged governments to “use the additional time wisely to adopt a treaty as robust as possible”.

“A bit more time to resolve some of the differences on the more tricky aspects of the negotiations is not a bad thing,” Callum Roberts, professor of marine conservation at the University of York, UK, told CHN.

“We don’t want to botch it by rushing,” he said. “And a poorly attended meeting wouldn’t help.”

One of the sticking points in the negotiations is about how to share any benefits from genetic resources found in the high seas, such as health supplements developed from Antarctic krill, or cosmetics from creatures found around thermal vents on the floor of the Pacific Ocean.

Developed nations generally favour allowing companies to benefit most from the findings since they are the ones taking the investment risks. Poorer nations say they should get a share of the benefits.

For Peggy Kalas, director of the High Seas Alliance, a network of organisations working to protect the high seas, one of the key questions is who will be responsible for taking management decisions in protected areas in the high seas.

“We cannot even predict or expect what will happen in the high seas in the future,” she said, citing a number of geoengineering activities and plans. “We want this agreement to be future-proof.”

“We would like the Conference of the Parties to take these decisions,” she told CHN, adding some countries preferred for sectoral authorities to be responsible for governance.

Despite the number of issues left unresolved, Kalas said that if governments are able to advance their positions before the talks resume later this year, “this fourth meeting could be the final one”.

But the delay also means the re-scheduled meetings risks running into an already packed UN timetable on biodiversity this year.

This includes preparations for UN biodiversity talks in Kunming, China, in October when countries are due to agree on a global framework to protect the world’s plants and wildlife beyond 2020.

A number of countries have backed calls to protect at least 30% of the Earth’s lands and seas to halt the destruction of the planet’s biodiversity.

“The way to protect at least 30% of global oceans is by including the high seas,” Kalas said. “And to do that, you need this global ocean treaty.”