Brussels is due to unveil its EU climate law on Wednesday, amid concerns the timetable for action doesn’t align with this year’s global ambition push 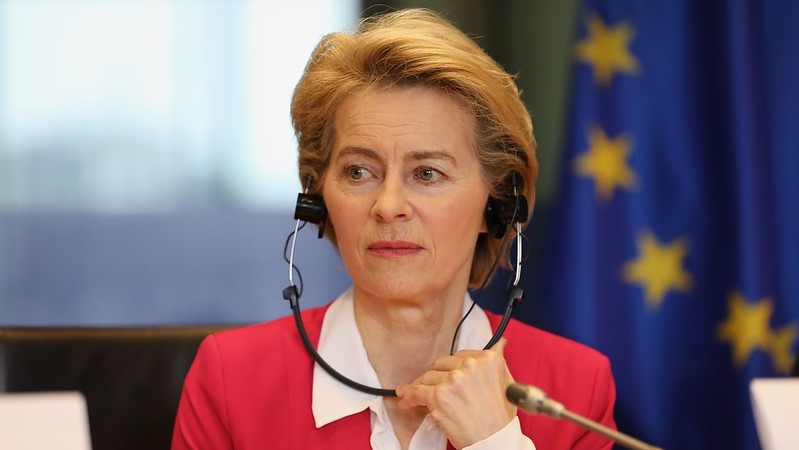 The EU's draft climate law suggests the union will review its 2030 climate target and explore option to increase it "by September 2020" - only two months before Cop26. (Photo: Renew Europe/Flickr)

The timing of plans to enhance the EU’s 2030 climate target could determine global efforts to galvanise political momentum for action ahead of this year’s climate talks, environment ministers have warned.

In a letter to the EU Commission’s climate chief Frans Timmermans, environment ministers from 12 EU countries said the EU should present plans for a new 2030 climate target by June 2020, three months earlier than the Commission’s proposed date of September.

The ministers raised concerns Brussels’ timetable would leave too little time for the goals to be agreed by every member state “well ahead of Cop26”, the annual UN climate conference to be held in Glasgow, Scotland, in November.

Countries are under pressure to toughen their 2030 climate plans, also known as Nationally Determined Contributions (NDC), and submit long-term decarbonisation strategies to the UN by the start of Cop26.

So far, only the Marshall Islands, Suriname and Norway have submitted new 2030 climate plans.

A leaked draft of the EU climate law, which the Commission is due to present on Wednesday in a high-attention event, attended by Swedish climate activist Greta Thunberg, confirms Commission plans to review the bloc’s 2030 target “by September 2020” and explore options to increase it to 50-55%.

The draft text said the review would include “a comprehensive impact assessment” of the EU’s 2030 target, including each member states’ national energy and climate plans for the next decade.

But ministers urged the Commission to present its plan for the 2030 target “as soon as possible and by June 2020 at the latest” – in good time ahead of a critical EU-China summit hosted by Germany in September 2020, when Brussels hopes to broker a climate deal to leverage Beijing into stronger action.

“Cop25 showed once more that no other major economy is prepared to take the lead to ensure an ambitious implementation of the Paris Agreement,” the letter said.

“With a timely enhanced NDC, the EU can lead by example and contribute to creating the international momentum needed for all parties to scale up their ambition.”

Timmermans has previously said the Commission could not compromise on the quality of the review of the EU’s climate target to secure a quicker timetable – a dilemma which highlights the tension between submitting new emission reduction targets and developing robust plans to meet them.

But campaigners have warned the climate law risked becoming an “empty shell” without plans to agree a new 2030 targets ahead of this year’s biggest climate diplomacy meetings, the EU-China summit and Cop26.

The draft law suggest every EU member states would have to reach carbon neutrality, without being compelled to do so by 2050.

Instead, the law would allow some countries like Poland additional time to meet the goal, while others such as Finland and Austria could reach net zero well before 2050.

The draft text, which still needs to be approved by the EU Council and Parliament, also includes a contentious proposal to redefine the decision-making process by allowing the Commission to impose tighter climate targets every five years to ensure the EU meets the 2050 net zero emissions objective.

But Quentin Genard, who leads environmental think tank E3G’s work on the EU’s climate and energy strategy, warned that merely submitting a 2050 carbon neutrality target to the UN would not be good enough to meet expectations of higher ambition.

Indeed, the EU has been boasting about reaching net zero emissions by 2050 since Cop24 in Poland in 2018, he said.

The EU “can shape international geopolitics” but only if it submits a new 2030 climate plan ahead of the EU-China summit, he wrote in a blog.

But for Sanjeev Kumar, founder of Change Partnership, a non-profit focused on climate politics, an early EU announcement of a “half-baked” 2030 target to fit the Cop26 timeline could be counter-productive.

Instead, Kumar said the draft law was a “huge” step towards changing the EU’s decision-making process to accelerate action in the long-term.

Under the draft, the law would allow the Commission to use a legislation tool known as “delegated acts” to tighten the bloc’s emissions targets every five years based on “the best available science”. If accepted, these acts could only be blocked by a qualified majority of EU governments and lawmakers.

“The Commission is taking ownership for setting the right [climate] targets. This is phenomenal,” Kumar said.

He admitted the proposal was unlikely to fly with some member states, which will want to retain control over the bloc’s climate policy.

However, to lead by example, Kumar said the EU needed to “design a legal system that can incentivise the rapid deployment of innovation and technology”. “That is something that other countries can replicate,” he said.