Comment: Developed countries must deliver on their promise to mobilise $100 billion a year by 2020 to help vulnerable countries unlock ambition 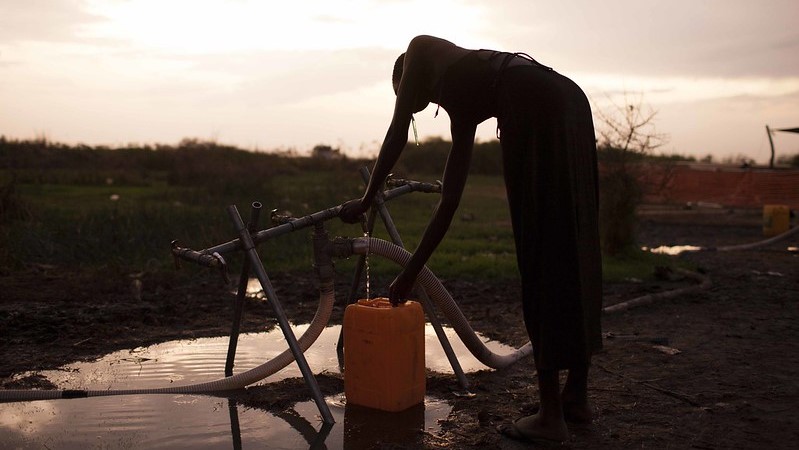 Cop26 must reach an agreement on long-term finance for the period beyond 2020 so that African countries are able to implement their climate plans. (Photo: Mackenzie Knowles-Coursin/Oxfam/Flickr)

Last year’s climate talks in Madrid were a historic milestone, marking 25 years since the start of the global response to the threat of climate change under the UN process.

At Cop25, countries took stock of their collective response so far.

A report by UN Climate Change found that developed countries, excluding former soviet union countries, decreased their total aggregate greenhouse gas emissions by only 1.6% from 1990 to 2017, when excluding forestry and land use change. From 2000 to 2017, that figure was 9.5%.

This is alarming. At Cop25, African countries have called on developed countries to take robust action and implementation to close the ambition gap of both cutting emissions and climate finance which they promised to do by 2020, under the Kyoto Protocol.

The gap in mobilising and dispersing $100 billion a year by 2020 is a crucial concern of African countries. We have called on developed nations to deliver their obligation of climate finance to facilitate the implementation of more ambitious action in vulnerable countries.

2020 should be the year developed countries lead by example for the effective implementation of the Paris Agreement.

Cop26 should be about implementation, not just about ambitious pledges.

The missing pieces for its effective implementation need to be completed at Cop26.

These include the rules to operationalise the global goal on adaption and agreeing on common rules for a new carbon market, also known as Article 6,  that can contribute to real emissions reductions and help finance adaptation in African countries.

Africa, a continent covering 54 countries, contributes only 4% of the total global emissions.

But according to the Intergovernmental Panel on Climate Change (IPCC), Africa will also suffer some of the most adverse climate impacts. African countries have already come to the table with ambitious climate plans, also called Nationally Determined Contribution (NDCs), under the Paris Agreement.

Developed countries should now lead the way by pledging ambitious economy-wide emission reduction targets and by increasing the provision of climate finance that will enable to unlock further ambition among African countries.

Under the Paris Agreement, enhancing ambitious climate action in developing countries depends on the level of support provided by developed countries.

Cop26, therefore, must reach an agreement on long-term finance for the period beyond 2020 so that vulnerable countries are able to implement their climate plans.

The Republic of Gabon, through the strong leadership of His Excellency Ali Bongo Ondimba, has the honour of chairing the Africa Group in UN Climate Change negotiations for the next two years.

Gabon has initiated preparations for a stronger and unified African voice in the global climate change negotiations.

As chair of the Africa Group, I have received political guidance from South African President Cyril Ramaphosa, in his capacity of coordinator of the Committee of African Heads of State and Government on Climate Change on the margins of the African Union Summit earlier this month.

The Government of Gabon will now host the first meeting of the African Group of Negotiators (AGN) at the end of February in its capital Libreville for three days under the theme “Cop26: Africa’s Roadmap for Climate Action.”

At the Libreville meeting, the Africa Group will aim to reach a common position and strategy for intersessional UN talks in Bonn in June, and decide its priorities for Cop26 in November.

The meeting also aims to adopt a common strategy over how to engage with other with like-minded regions and countries, to ensure that African priorities are considered during this year’s talks.

The Africa Group, which represents a quarter of UN Climate Change parties, maintain its commitment to an effective start of the implementation of the Paris Agreement from January 2021.

As part of Gabon’s enduring commitment to addressing climate change at both national and international level, the government is in the process of revising its current NDC in time for a submission to the UN before Cop26.

Gabon has also championed the Africa Group’s African Adaptation Initiative launched in 2015 and contributed $500,000 to support African countries in their efforts on adaptation.

Tanguy Gahouma-Bekale is a special advisor to the President of Gabon and the chair of the African Group of Negotiators on climate change.