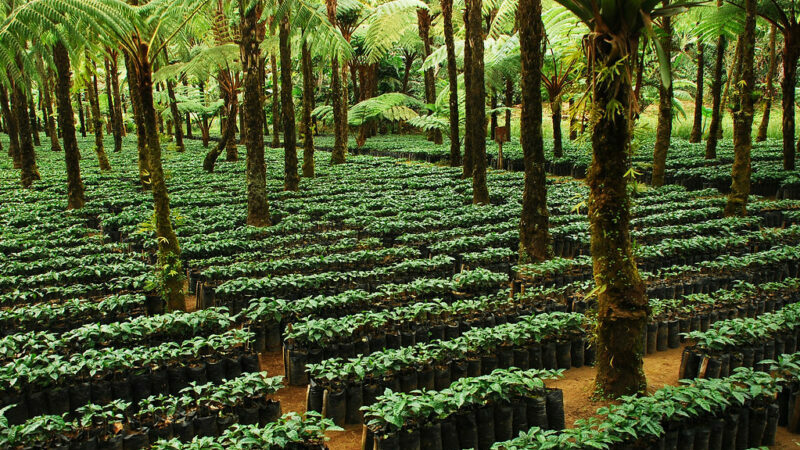 Coffee plants grow in the shade of native trees: sustainable land use is key to tackle climate change and hunger (Pic: USAID/Charlie Watson)

The climate discourse has long been dominated by energy. A report on land use coming from the Intergovernmental Panel on Climate Change next month could change that.

The draft summary for policymakers leaked this week by Business Standard puts the spotlight on tensions between food, fuel and forests.

Particularly under a tougher 1.5C global warming limit, models suggest vast areas of land will be needed to store carbon. That puts pressure on farmland available to feed a growing population.

There are ways to reduce the conflict, but they involve tough conversations about farming practices and lifestyle choices – not least on the unsustainable level of meat in western diets. Time to read up.

Ursula von der Leyen supported an EU target of 50% greenhouse gas cuts by 2030 last week. On Monday, she opened the door to 55% – hinting that would depend on equivalent efforts from other big emitters.

It was enough, together with pledges on carbon neutrality and a just transition fund, to secure the presidency of the European Commission with a slim parliamentary majority.

But those policies are not entirely within her gift. They still need the backing of sceptical member states, notably Poland – and Warsaw’s objections are unlikely to be resolved before December.