Strong action on climate change would shrink demand for vessels by a third, impacting investment decisions being made now, analysts say 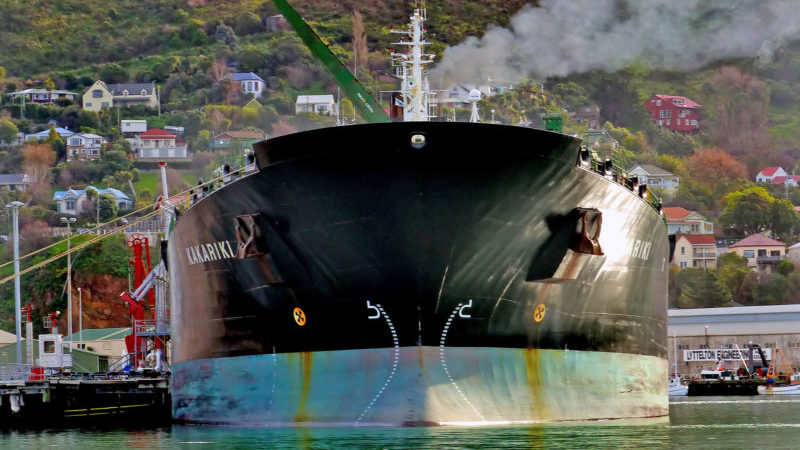 The oil tanker market is tied to demand for the fuel (Pic: Flickr/Bernard Spragg. NZ)

Some oil tankers could be headed to the scrapyard early if the world lives up to the ambition of the Paris Agreement.

Demand for the vessels is set to shrink a third by 2050, as fossil fuel use declines under a scenario in which global warming is limited to 1.5C, according to analysis by consultancy Maritime Strategies International (MSI) for the European Climate Foundation.

“The implications are pretty bleak,” author Stuart Nicoll told Climate Home News. If finance backs too much shipping capacity, a global shift to cleaner energy “is going to wipe out a large amount of capital”.

Dry bulk carriers will also be hit by a predicted halving of the seaborne coal trade, but can switch to carrying other commodities such as grain. While there may be some growth opportunities in transporting wood pellets or biofuels, most renewable energy sources do not require fuel supplies.

Investors should target their money towards the most efficient ships and consider divesting from big carbon carriers, the report advised.

Scientists have warned that staying within 1.5C would require an unprecedented shift in political will, finance flows and behaviour. A study in Nature this month warned that existing fossil fuel infrastructure, if operated in line with past trends, would burn through the 1.5C carbon budget.

MSI also considered a pathway consistent with holding global temperature rise to 2C, the upper limit agreed in Paris. “There clearly are a range of outcomes,” said Nicoll, but “the concept of steady, constant growth in cargo, which has kind of been the bedrock of the industry… whatever scenario, they have to accept that is not going to happen.”

Campaigners have urged banks, pension funds and other major lenders to divest from shipping companies dependent on the trade in fossil fuels.

Share Action in May recommended drawing the line at shippers getting 30% of revenue or more from coal, which applies to most listed firms specialising in dry bulk.

“Due to the long operational life of ships, the low-carbon transition poses a very real threat to shipping companies reliant on fossil fuel transportation,” said the campaign group’s Christian Wilson in response to the MSI report.

Eleven major banks last month signed up to the Poseidon Principles, which set standards for the climate performance of shipping fleets. The framework does not address the environmental or financial risks associated with the carbon content of their cargo, however.

Johannah Christensen, managing director of the Global Maritime Forum, said in a statement that the transition to a low carbon future would “inevitably impact” the industry.

“Sober assessments of the implications of this energy transition on shipping are tremendously important to industry leaders and investors making long term strategic investment decisions, that will allow global shipping to continue to serve the needs of global trade and society at large,” she said.