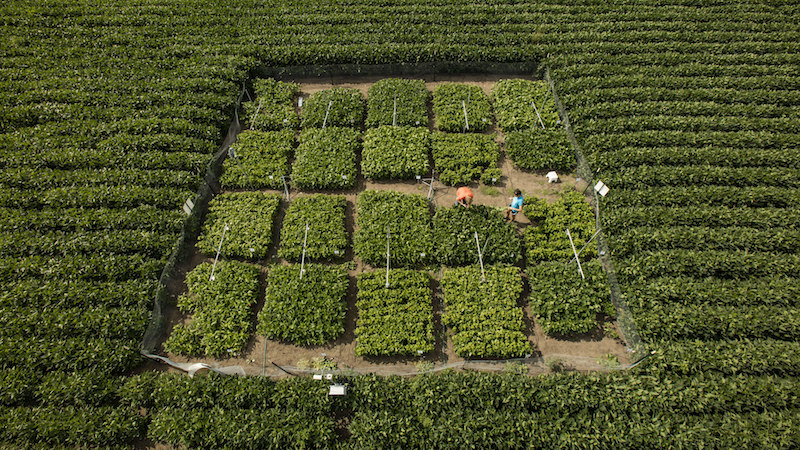 Blanketing the globe with monocultures of forests and bioenergy crops is no dream fix to the climate crisis, a leaked draft report by the Intergovernmental Panel on Climate Change (IPCC) warns.

Models suggest large areas of land are needed to draw carbon dioxide out of the air to limit global warming to 1.5C, the most ambitious target in the Paris Agreement.

This risks worsening hunger by competing with food production for space, according to the draft summary for policymakers obtained by Business Standard.

“Widespread use at the scale of several millions of km2 globally” of tree-planting and bioenergy crops could have “potentially irreversible consequences for food security and land degradation”, the report said.

Intensifying the production of bioenergy crops through the use of fertilisers, irrigation and monocultures could also erode soil and its capacity to soak up carbon in the long run.

There is rising demand for fuels derived from plants as a source of renewable energy. The Paris-based International Energy Agency (IEA), describes modern bioenergy as the “overlooked giant” of renewables, predicting it will outpace solar, wind and hydropower in the next five years.

However, converting land to bioenergy production could deprive countries of valuable agricultural soil and displace crops and livestock to less productive regions. Populations most at risk of food insecurity were sub-Saharan Africa and southern Asia, the IPCC draft said.

To minimise the conflict, scientists advised governments to limit the scale of bioenergy. Depending on the way countries developed, negative effects from biofuel crops could kick in starting from between 2 and 6 million km2 globally.

A safer way to reduce land emissions is to protect and restore ecosystems known for their capacity to absorb carbon, including grasslands, peatlands and coastal wetlands, which affect smaller areas.

On the food production side, measures to cut waste and a shift to lower meat diets can also help to alleviate pressure on land.

The report dealt a blow to the system of intensive agriculture spawned after the second world war and called for a shift to sustainable farming. The current food system is responsible for over half of human-caused methane emissions and 25-30% of total greenhouse gas emissions.

Breaking monocultures by cultivating several crops at once, planting more crops to enrich and protect soil, such as legumes, and reducing tillage could help soil absorb more carbon.

The findings chime with research by French think tank IDDRI published in December, which showed that an agroecological food system in Europe could slash emissions by around 40% compared to 2010.

The report urged policymakers to consult local people, “particularly the most vulnerable”, over the use of land. This could help governments identify the most appropriate uses for land and overcome potential conflicts or trade-offs.

Responding to media reports on the leak, the IPCC said in a statement that “drafts of the report are collective works in progress that do not necessarily represent the IPCC’s final assessment of the state of knowledge”.

Government representatives are due to meet 2-6 August to consider the report and finalise the summary for policymakers ahead of publication.