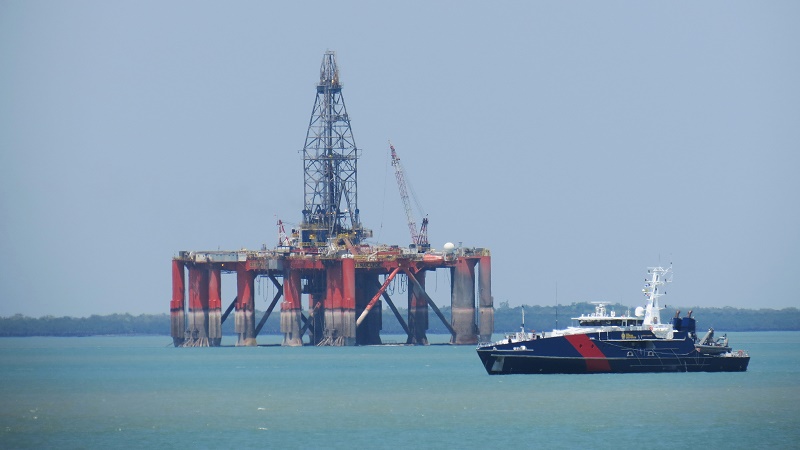 Some of the world’s oil will not be burned as a result of climate concerns, BP’s chief economist said on Tuesday.

Scientists have calculated around a third of proven oil reserves need to stay in the ground to hold global warming to 2C, the international goal.

Spencer Dale’s remarks, in a speech to the Society of Business Economists in London, represented a rare acceptance of that analysis from the industry.

“The oil market has changed very significantly over the past 10 or 15 years. Concerns about carbon emissions and climate change have increased materially,” he said.

“If that sense of urgency translates into policies this could have significant implications for the long-run demand for all fossil fuels.”

As a result, he continued, “it is increasingly unlikely that the world’s reserves of oil will ever be exhausted.”

Dale cited research finding that if all fossil fuel reserves – including gas and coal – were burned, it would generate 2.8 trillion tonnes of CO2. That is three times the emissions compatible with a 2C limit on temperature rise.

Despite that evidence, BP forecasts a 37% rise in global energy demand by 2035, of which two thirds will be met by fossil fuels.

BP is among a number of oil majors due to finalise plans this Friday to contribute towards a global deal on climate change.

Shell, Total and Saudi Aramco are also involved in the initiative to play a role in the UN summit in Paris this December.

“The industry should not be defensive… we need to be on the offensive.”

The alliance is supporting a global carbon price, arguing that is the most efficient way to phase down greenhouse gas emissions.

US oil major ExxonMobil, which has not joined that group, advocated a revenue-neutral carbon tax.

But chief Rex Tillerson insisted innovation, not regulation, was the way to tackle climate change. “Government works best when it maintains a level playing field, opens the door to competition and refrains from picking winners and losers,” he said.

“Not all fossil fuels are alike: coal is the highest-carbon fuel,” said BP’s Dale. “It follows that coal is likely to be more affected by future climate policies than either oil or gas.”

However, he added that with climate concerns growing, “it seems unlikely that all of the world’s oil will be consumed”.

According to the latest World Bank research, 40 countries and 23 regional authorities impose a carbon tax or trading system.

These only cover 12% of global emissions and set widely varying prices on a tonne of CO2.

The latest draft of a Paris agreement does not mention carbon pricing, leaving it as a matter for national and regional governments.

But the idea is winning support outside the UN process, from economists, business leaders and multinational development banks.

Hoesung Lee, incoming chief of the Intergovernmental Panel on Climate Change, called it “the kingpin” of efforts to stay within 2C.