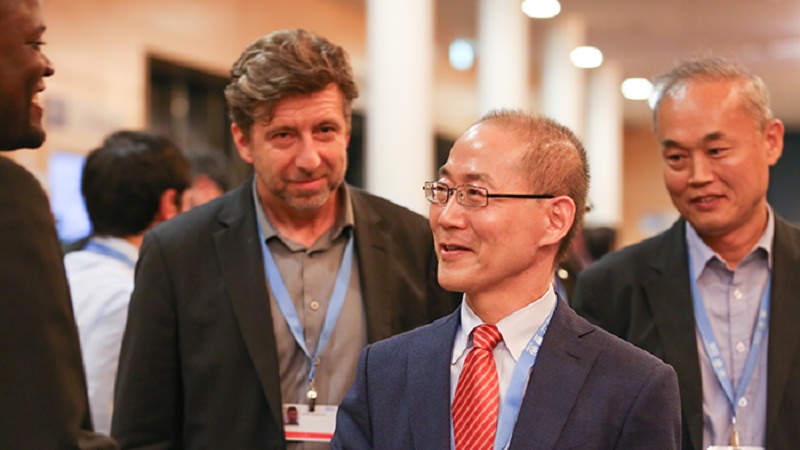 The South Korean energy economist, who started his career at US oil major Exxon in the 1970s, told journalists businesses had a role to play.

“A vast degree of knowledge and expertise are embedded in the business sector,” he said.

“We must find some way to incorporate their knowledge and expertise in our process, to make our output more policy-relevant.”

Lee was speaking at a webcast press conference from Dubrovnik, where government representatives voted him into the top job on Tuesday evening.

His vision marks a shift away from counting on the academic community to mould huge quantities of research data into clear conclusions.

Lee has also named carbon pricing as a research priority, in remarks some observers interpreted as politicising the IPCC’s work.

He admitted willingness to accept a carbon price “may be considered a political matter”.

But the idea of putting a value on “externalities” like the cost of environmental damage was “straight from the economics textbook,” he added.

“It is not a political decision… A carbon price is the kingpin in driving us to a world of 2C decarbonisation.”

Negotiators meet in Paris this December to finalise a global deal that aims to limit warming to 2C.

Yet the greenhouse gas emissions cuts proposed by national governments do not go far enough to stay within that temperature threshold.

Global emissions must peak by 2030 at the latest, Lee said, to meet the 2C goal in the most cost-effective way.

“It is a message based on six years of in-depth economic analysis. We hope that policymakers will accept this scientific message.”