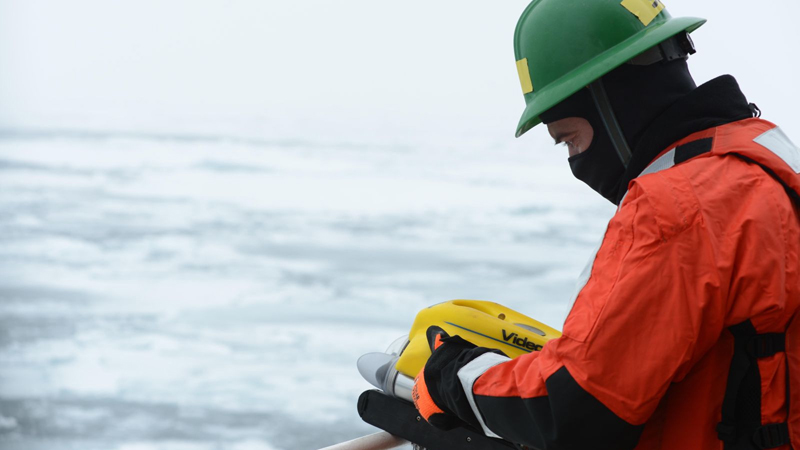 The US Coast Guard simulates responding to an oil spill in the Arctic
(Pic: Flickr/Coast Guard News)

All Arctic oil is “unburnable” if the world is to avoid catastrophic global warming, UK scientists have warned.

Shell is considering another attempt to drill in the Arctic this summer, having already spent some US$6 billion without striking oil.

But such unconventional reserves are not viable if the world is to tackle climate change in a cost-effective way, according to a study published in Nature.

“From an economic point of view, it would be unwise to extract the oil from the Arctic,” said co-author and UCL professor Paul Ekins. “It would mean less expensive oil elsewhere was left unused.”

Under the UN climate change convention, governments have agreed to limit global temperature rise to 2C. Scientists have calculated a “carbon budget” – the cap on greenhouse gas emissions needed to stand a chance of meeting that goal.

The UCL study provides the most comprehensive regional breakdown to date of the fossil fuels that can be burned within that budget.

Researchers modelled the cheapest way to fulfil the demand for fuel over the next 40 years.

Oil gets the biggest bite, with only a third of known reserves off-limits. More than 80% of coal and half of natural gas reserves must stay in the ground.

Within each sector, the model shows big regional differences in how much it makes sense to extract.

The Middle East, with its relatively low cost conventional oil reserves, can exploit some 62%. Canada, on the other hand, can extract “negligible levels” of oil from its tar sands after 2020.

Carbon Tracker, a think-tank focused on the problem of “unburnable carbon”, highlighted the role of investors in discouraging risky projects.

“It is a reminder that companies need to justify spending more capital on high-cost projects given the clear direction of travel towards a low carbon economy.”