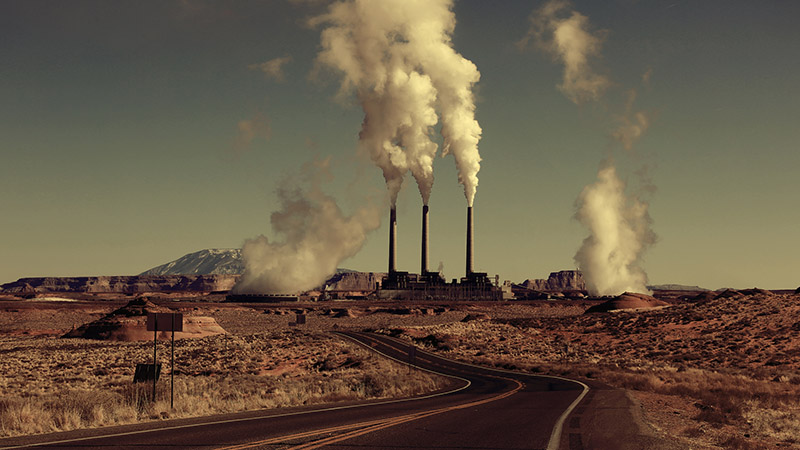 A proposed global climate deal is still in gestation and already some experts have concluded it won’t offer the long term greenhouse gas cuts required.

Plans for a pact where countries agree to pledge carbon cuts and review them at regular intervals will not ensure the world avoids warming above the 2C danger zone, they say.

Instead, countries should go back to basics and focus on one key policy: developing a single global price for carbon dioxide.

“Success requires a common commitment, not a patchwork of individual ones. Negotiations need to be designed to realign self-interests and promote cooperation,” they write.

“A common commitment can assure participants that others will match their efforts and not free-ride.”

The proposal was submitted to the journal Nature by professors based at universities in Cambridge, UK; Berkeley, US; Maryland, US and Cologne, Germany.

What makes it worth reading is the standing of the authors. One is David Mackay, chief scientific advisor to the UK climate change department from 2009-2014.

He admits that a plan to redesign the UN climate talks is unlikely to roll with less than 50 days to a Paris summit, but contends the issue of carbon pricing should be addressed.

“Realistically, I’m sure we are too late, but what we would like is establish an optimistic view that even if Paris ends up not achieving [a pathway to avoid dangerous climate change] it is possible to redesign negotiations that will lead to a good outcome,” he says.

Instead of the current raft of complex proposals under consideration, the authors say what’s needed is a global carbon price commitment.

The level would be decided by a vote, with a super-majority decision producing what they call a “coalition of the willing”.

The authors use the example of dirty dishes stacking up in shared apartments as one example of individual commitments failing to deliver a collective goal.

By placing a universal cost on pollution, they contend coal-fired power plants and heavy industry would not simply escape to regions where it’s easier to burn fossil fuels, such as emerging economies.

“A global carbon price — so far excluded from consideration in international negotiations — would be the ideal basis for a common commitment in our view,” reads their proposal.

“A price is easy to agree and handle, relatively fair, less vulnerable to gaming than global cap-and-trade systems, and consistent with climate policies already in place, such as fossil-fuel taxes and emissions cap-and-trade.”

According to recent research by the World Bank, the number of pricing schemes has doubled since 2012.

Chile and South Africa have announced new plans for carbon taxes. South Korea opened a national market at the start of 2015. China plans one for 2017.

Still, the Bank says most of these prices are far too low. Mackay thinks a suitable level would be US$100 a tonne of CO2, in line with International Energy Agency analysis.

Developing countries – many of which are fiercely opposed to carbon pricing mechanisms – would be enticed to take part with promises of more funds from rich countries.

“To minimize disputes, the objective of climate-fund transfers should be to maximize the global price of carbon,” they say.

“This can be implemented in a way that encourages rich countries to be generous and poor countries to vote for a higher global carbon price, for example, by making all climate-fund payments proportional to the agreed carbon price.”

If this all sounds too good to be true, that’s because it is, argues Shane Tomlinson, a senior research fellow on the environment and climate change at Chatham House.

Common commitments in the form of a long term goal to phase out fossil fuels and a global system for measuring and reporting emissions are already under discussion, he says.

And he dismisses the idea of moving from the current UN system of consensus to a super majority rule as fanciful.

“The paper is right that an idealised carbon price in an idealised world would be the ideal solution, and something we should work towards,” he says.

“However, we have to deal with the politics of the world we are in – and therefore Paris can still agree a deal worth having.”