Shell and BG are leading calls for an ambitious global pact in Paris, but it’s still unclear how they will help lubricate talks 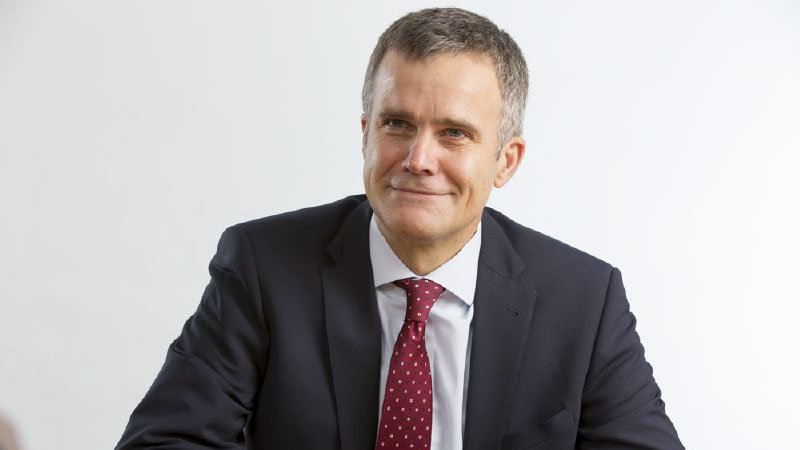 As introductions to a film go, it would not look out of place on the websites of Greenpeace, Friends of the Earth or WWF.

Only this isn’t produced by treehuggers, as becomes clear moments later, rather by one of the world’s top gas exploration and extraction firms: BG Group.

In a carefully managed interview following this opening the company’s CEO Helge Lund, formerly head of Statoil, says climate change is “one of the biggest issues facing the world right now”.

He tells the interviewer he has a “really strong personal commitment to be part of solution” that will see the world find more energy while reducing CO2 emissions.

It is a slick production and Lund certainly looks like he’s serious about this. The BG Group spokesperson who sent RTCC the clip assures us that is the case.

He’s not the only one that’s talking tough.

A statement said ALEC’s stance on climate was “clearly inconsistent” with our own.

“We have long recognized both the importance of the climate challenge and the critical role energy has in determining quality of life for people across the world,” it added.

Royal Dutch Shell was evidently keen to downplay this move. Press releases issued late Friday in August indicate a desire to bury news, or at least leave it thinly reported.

Perhaps that’s no surprise. Shell had been under increasing pressure to quit ALEC for over a year, with NGOs and shareholders making submissions to the board.

And once BP left in March it had even fewer excuses to remain allied to a group that is accused of systematically obstructing new US environmental legislation.

Not everyone is convinced. Greenpeace UK senior climate advisor Charlie Kronick told RTCC Shell had been “dragged out” of the organisation.

As long as Shell pushes ahead with plans to drill for oil in the Arctic, it is unlikely to get any slack from that quarter.

Others say increased levels of investor engagement and the rumble of the fossil fuel divestment movement are starting to be heard in board rooms.

PwC’s Jonathan Grant says energy companies “might have been surprised” by both developments, reflecting concerns that some of their assets will be “stranded” as climate action ramps up.

Still, whether the industry jumped or was pushed, it’s a sign that the message is getting through. With talks on a UN climate deal months from delivering, big oil needs to have a game plan.

Six majors have already offered to work with the UN ahead of the Paris summit, writing a letter to its head climate official Christiana Figueres asking for a place at the negotiating table

In return she asked to see their solutions.

Banking on a price

So far the companies have made vague pledges to reduce emissions from production plants, curb methane releases and invest in energy efficiency.

But their main play is to push for a global carbon price.

“You have to combine or find solutions both to the increasing energy demand as well as reducing CO2 emissions,” Lund said in a later part of the interview.

“The best way to do this is to put a price on carbon, because then you can incentivise small companies, big companies, research institutions, you and me to bring forward the most efficient solution to this big issue.”

Shell has already signalled its support for this, working with the International Emissions Trading Association to ensure a Paris deal recognises the role integrated carbon markets and pricing can play.

“Carbon pricing is an obvious, safe place to focus as so many businesses agree with the need for one, and of course, it would impact more on coal than gas or oil,” PwC’s Grant tells RTCC.

He has worked closely with Shell climate advisor David Hone to develop IETA’s proposals ahead of this December’s UN climate summit.

It may be too late for their text to make the final cut at the UN, but supporters in IETA believe it offers a roadmap for how the world’s carbon markets could be linked in the future.

It appears to be a strategy by leading EU hydrocarbon companies to work with the currents of change, rather than rage against them, as US majors Exxon-Mobil and Chevron have chosen to do.

“They are trying to get a degree of certainty and trying to plan,” said veteran industry analyst Paul Spedding, formerly global co-head of HSBC oil and gas research.

“Oil and gas projects can take at least 10 years – unless you are very quick – from discovery to production. For some projects that’s nearing 15 years.” 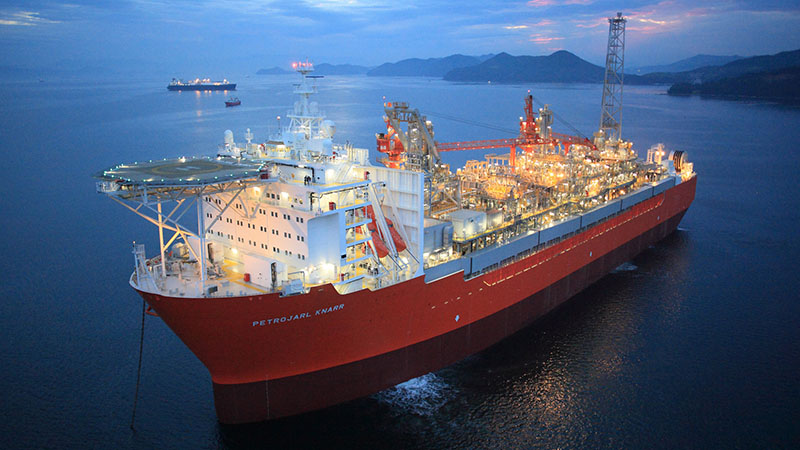 The Knarr is BG Group’s first floating vessel development in the North Sea – it cost over a billion dollars to build (Pic: BG Group/Flickr)

Mark Lewis, chief energy economist at financial advisors Kepler Cheuvreux, observes a radical shift of thinking has gone on in the headquarters of some firms in the past year.

The combination of a snowballing divestment campaign, the prospect of a UN climate deal and oil prices crashing to below US$50 a barrel have sent shivers up the spines of some chief executives.

Huge investments such as Shell’s Arctic venture may not deliver until 2030, and are now facing tough scrutiny from shareholders.

The recent write-off of $200 billion of new projects by oil majors will not have steadied nerves.

“No doubt what [oil companies] are trying to do is shift the terms of debate away from the stranded assets issue proposed by the Carbon Tracker Initiative – I think they have been spooked by that,” Lewis said.

“As recently as a year ago both Exxon and Shell were very dismissive of any notion of carbon risk. Here we are 12-15 months later realising investor concerns are not going away.”

“The initiative to argue for a system of global pricing is very welcome. I think it’s fantastic news but one is left with the question how do you actually do that.”

Another question – as yet unanswered by the oil majors – is what price per tonne of carbon they deem appropriate.

Many are already operating with internal prices ranging from $8-60, according to the Carbon Disclosure Project, a hedge against future climate policy developments.

The International Energy Agency suggests $100 a tonne by 2030 could be necessary to set the world on a below 2C of warming trajectory, which Lewis said implies a price of $40-50 by 2020.

But these are not levels he thinks the oil and gas industry would like to see rolled out across the world.

Instead they appear to be pushing for a price low enough to preserve their margins and high enough to wipe out coal as a viable source of energy. In the EU, that would be around $27 a tonne.

That push for gas to replace coal is evidently a central part of Lund’s pitch to investors.

BG Group’s core product, gas, would also play a role for “many, many decades” he said, replacing other more polluting fuels.

And while he stresses he has no view “against coal”, he is keen to point out a gas plant emits half the greenhouse gas emissions of its coal equivalent.

Greenpeace’s Kronick worries the companies have one strategy – playing for time by throwing the coal industry under a bus.

“In short term coal to gas is a good thing, it’s important not to deny that,” he said. “But the question is at what point you are locked into gas.

“It’s a question they have not begun to answer, and it’s also based on a huge uptake of carbon capture technology post 2050, which they have not really started to invest heavily in.

“If there’s one thing that will secure their future it’s CCS. And you can’t claim it will be solution while not investing in it. You can’t have it both ways.”

Report: Leave coal in the ground, not oil and gas – Shell CFO

We’re now weeks away from finding out what the oil majors propose.

Some companies are reportedly ready to release a set of solutions in October, possibly at the annual Oil and Money conference in London, a significant gathering of industry big wigs.

UN climate chief Figueres has asked green groups to stop demonising them and gone out on a limb to stress their role as solution providers.

Few know what to expect, but Spedding cautions against anyone predicting radical change or a significant shift to investing in renewables.

Mobil went big on department stores in the 1970s, BP was into pet foods in the 1980s and clean energy in the late 1990s. Exxon once dallied with nuclear.

Oil majors have had mixed success in diversifying away from their core business. Climate change is their biggest challenge yet.