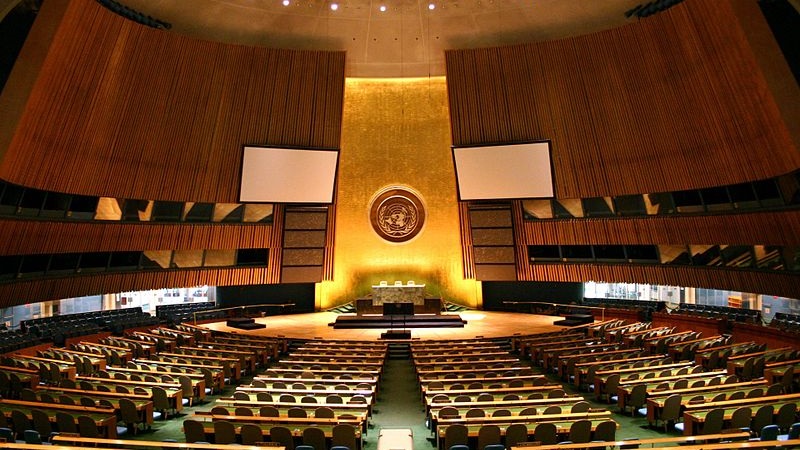 Political headwinds are against António Guterres as the UN chief prepares to hold his climate action summit in New York on 23 September.

The world’s biggest historical emitter, the US, is aggressively backsliding on its commitment to the Paris Agreement. EU leaders have shown willing to raise ambition, but are not at a point in their political cycle to come with firm plans. Emerging economies have sent lukewarm signals.

Still, 60 heads of state are expected to take the podium to announce, if not more ambitious plans, at least plans to plan in time for 2020 climate talks.

In an effort to drum up enthusiasm, UN special envoy Luis de Alba assured media this week he was “very confident” China would bring “a much higher level of ambition” to the summit.

The UN summit is also expected to yield announcements from various business and civil society coalitions, filling in some of the gaps in political leadership.

Beware of greenwash. When Guterres’ predecessor Ban Ki-moon held a similar bash five years ago, one of the key outcomes was the New York Declaration on Forests.

Alas, despite pledges from 41 governments, less than 20% of the declaration’s goals have been met and global deforestation has surged, analysts report.

Climate Home News is co-hosting an event with PwC and Climate Investment Funds during Climate Week NYC! Our expert panel of climate movers and shakers – Rachel Kyte, Ambassador Lois Young, Sharan Burrow, Mafalda Duarte and Farhana Yamin – will sit down with us on 25 September. Two days after the historic UN Climate Action Summit, they will be there to answer the toughest questions around climate ambition and what it will take to achieve the goals of the Paris Agreement.

To sustain climate action, you need the right kind of institutions in place. So it’s a promising sign that the task of developing a “European green deal” has been handed to an executive vice president at the European Commission.

Second in rank only to the president, nominee Frans Timmermans will – if approved by lawmakers – have strategic oversight of several policy areas, as well as direct control of the climate portfolio. It’s a major promotion for the climate brief.

The Dutch social democrat’s biggest challenge will be political. To raise climate ambition, he needs to bring eastern member states on board – including those he clashed with in his previous role enforcing the rule of law.

Turkey this week dropped its bid to host UN climate talks next year, clearing the way for the UK and Italy to be officially approved as co-presidents of Cop26.

The British government had already announced its choice of Glasgow to host the critical negotiations in late 2020, with Italy to hold pre-Cop and youth events.

Camilla Toulmin, former director of the International Institute for Environment and Development, warned Brexit must not distract from the task of raising ambition and accelerating emissions cuts.

Don’t miss Chloé Farand’s investigation into the black box that is aviation climate talks: how non-disclosure agreements and access restrictions shield the process from scrutiny, while emissions soar.

The original version of this article omitted the crucial word “historical” from the second paragraph. Sorry for the error