Two weeks ahead of a key summit in New York, lead official Luis de Alba raised expectations of a significant announcement from Beijing 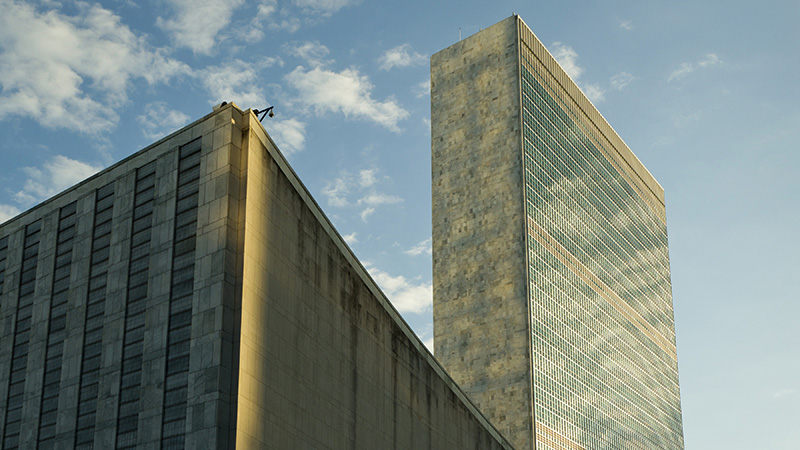 China is expected to come to the UN climate action summit with a more ambitious climate plan, a top UN official said on Wednesday.

Speaking ahead of the high-level meeting convened by UN secretary general in New York on 23 September, UN special envoy on climate change Luis Alfonso de Alba said he was “very confident that China will come to the summit with a clear commitment on a number of areas… with a much higher level of ambition”.

Referring to a statement signed by China, France and UN chief António Guterres on the margins of the G20 summit in July, De Alba said the communique had “made some important announcements”.

“One of them is a commitment of China to enhance their [national climate plan] and to come in September with a proposal on that,” he said.

The statement issued by Beijing and Paris reaffirmed their commitments to update their climate plans “in a manner representing a progression beyond the current one” and to publish their “long-term mid-century low greenhouse gas emissions development strategies by 2020”.

It makes no specific reference to announcements by China at the UN climate action summit and leaves open the timing to release details of the updated plan.

Guterres is using the summit to kickstart a process for countries to announce increased ambition a year ahead of schedule. Under the Paris Agreement, countries are due to update their climate plans by the end of 2020, to come closer to limiting global temperature rise to “well below” 2C.

The secretary general has also asked countries to reduce emissions by at least 45% by 2030, plan for carbon neutrality by 2050, end fossil fuel subsidies and ban new coal-fired power plants by next year – a set of demands de Alba described as “setting the bar quite high”.

Countries are expected to compete for the spotlight, with only the most ambitious plans being showcased on stage. De Alba confirmed 60 heads of state are due to give presentations about their climate plans, based on their level of ambition.

Signals from China have so far shown little indication that Beijing is ready to announce an increase of its climate target at the summit.

Last month, a statement signed by China alongside Brazil, South Africa and India suggested that countries for bigger historic emissions and more money should shoulder greater responsibility for action.

China is to send a lower-ranking official than initially expected to the high-level meeting – a sign observers said dampens expectations of a significant announcement.

China’s belt and road plan ‘may result in 2.7C warming’

De Alba stressed that what China is doing outside of its borders is as important as its domestic climate plans.

“I see that they are also working with very hard in greening the belt and road initiative, and that is one of the most important contribution that China can do,” he said, adding “this is exactly what we are encouraging them to do”.

In a communique released on Wednesday, EU Commission outgoing vice-president for the energy union Maroš Šefčovič said the EU will bring to the UN summit “the fruit of our work”, which he described as “a realistic perspective of a climate-neutral Europe by 2050, backed by ambitious policies set in binding legislation.”

The statement added that the EU Commission was “actively preparing to communicate by early 2020 a long-term strategy with the objective of achieving carbon neutrality by 2050”.

At an event in London on Tuesday, Finland’s foreign minister Pekka Haavisto hinted that one of the four countries that blocked an agreement on carbon neutrality at the last EU Council in June had now come on side.

“We are close but we are not there yet,” he told Climate Home News, adding that he hoped the bloc could agree on the target before the end of the year, under Finland’s six-month rotating presidency.

Laurence Tubiana, CEO of the European Climate Foundation and an architect of the Paris Agreement, said Europe had a “key role” to play at the summit, adding that the EU should increase its 2030 target to 55% and “has to be in New York and say ‘we will do it’”.

Tubiana said a proposed EU-China summit in the second half of 2020, when Germany takes over the EU’s rotating presidency, would be key.

“We will not have the US of course trying to partner with China on something more so the EU has to do the job,” she said.

“We need to make the Paris Agreement a reality,” she added, and next year’s climate talks “will be a moment of truth” for the Paris deal.