Every $1 spent on climate adaptation could see between $2 and $10 of net economic benefit, but current investments are lagging way behind 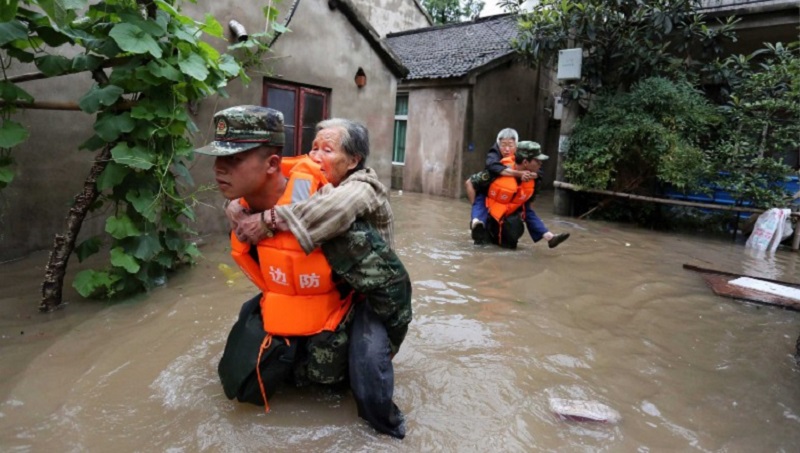 A 24-hour warning system of a coming storm or heat wave could reduce ensuing damage by 30%, according to a report by the Global Commission on Adaptation. (Photo: Sino-German Urbanisation Partnership/Flickr)

Preparing for the impacts of climate change can pay back the initial investment as much as ten times over, saving trillions of dollars by 2030.

That is according to a new report published on Tuesday by the Global Commission on Adaptation (GCA), led by former UN secretary general Ban Ki-moon, businessman Bill Gates, and CEO of the World Bank Kristalina Georgieva.

The report gives concrete examples of the ways costs and losses associated with climate risks can be avoided.

For instance, a 24-hour warning system for a coming storm or heat wave could reduce ensuing damage by 30%, according to the report. Investing $800 million on warning systems in developing countries could avoid losses of up to $16 billion per year.

Most efforts to tackle climate change have focused on emissions reduction. Christiana Figueres, former head of the UN Climate Change, called the report a “breakthrough”.

“For years we have seen adaptation as being the Cinderella of climate change, way behind mitigation. Adaptation and mitigation are the two sides of a same coin. Either we delay and pay, or we have a plan and prosper,” she said.

Developing countries said in their commitments to the Paris Agreement that they will need $50 billion a year for adaptation between 2020 and 2030 – a figure much lower than the estimated costs of adaptation, according to a UN Environment Programme report published last year.

But while money flowing to fund adaptation projects remains largely insufficient, the payback on investment in adaptation is huge, the GCA said.

The report found that for every $1 invested in climate adaptation, investors could see between $2 and $10 of net economic benefit. Investing $1.8 trillion globally by 2030 in five identified areas, could generate $7.1 trillion in paybacks.

Research by the World Bank shows that without adaptation, the inequality gap will widen and climate change impacts could push more than 100 million people below the poverty line by 2030.

Patrick Verkooijen, co-director of the Global Centre on Adaptation and a contributor to the report, warned that by failing to tackle the climate emergency head on, “we risk climate apartheid”.

“Our report is a message of hope,” he said, adding that such preparations were “the most successful investments” that could be made.

Calling on world leaders to take stock of the report, former UN chief Ban said he didn’t know “where the passion and commitment of world leaders had gone” since Donald Trump announced his intention to withdraw the US from the Paris deal. A move he said, had a “deep political and psychological impacts” on other countries.

“Without the political will, this report will not fly,” he warned, calling for “strong partnerships” between governments, businesses and civil society.

“More than ever, we need political leadership,” he said.

Making new infrastructure climate resilient could see economic returns four times the size of the initial investment. With $60 trillion of infrastructure investment anticipated over the next decade, “the potential benefits of early adaptation are enormous”, the report said.

Failing to adapt agriculture practices to climate change could cause growth in global agriculture yields to reduce by up to 30% by 2050, affecting small farmers the most and putting increasing pressure on ways to feed the growing global population.

More efficient water allocation is also expected to become vital to economic growth. The economic growth of India, China and Central Asia could be 7 to 12% lower without such measures, and much of African countries would see their GDP reduce by 6% by 2050.

The report warned that the preparations were “not happening at nearly the pace and scale required”, because climate impacts and risks are not yet adequately factored into decision-making and that those most affected by climate change were not given a voice.

“Much of the adaptation money doesn’t come close to the communities affected and that needs to stand on its head,” said Andrew Steer, president of the World Resources Institute. “We are calling for a radical overhaul of how money is being spent.”

Done right, adaptation will benefit the most vulnerable people the most, he added.

The report comes less than a fortnight ahead of the UN climate action summit convened by UN secretary general António Guterres in New York when political, business and civil society leaders are expected to announce plans to ramp up ambition.

The commission pledged to launch a year of action at the 23 September summit, ahead of the first climate adaptation summit in the Netherlands in October 2020. It promised to encourage countries to raise the level of ambition on adaptation in the lead-up to the 2020 climate talks.