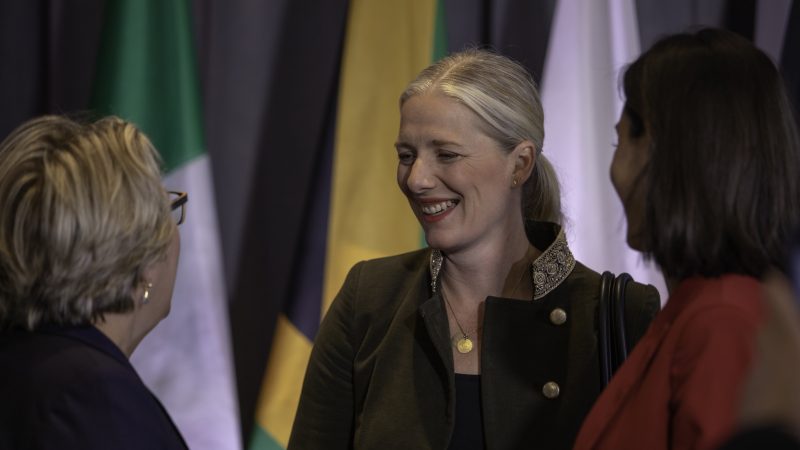 Instead of trying to appease the US administration with a watered-down joint statement, the chair issued a summary of what “most”/”many”/”some” ministers agreed. It allowed them to express support for various climate change initiatives, while glossing over Donald Trump’s refusal to play ball.

Downplaying the international tensions had the unfortunate side effect for Catherine McKenna of focusing attention on the host nation’s internal climate contradiction.

Prominent environmentalist David Suzuki called on her to resign as Canada’s environment minister rather than be an “apologist” for the administration’s support for the tar sands industry. She also faced tough questions over the country’s commitment to phasing out fossil fuel subsidies.

Reminder: for all its championing of climate action at home and abroad, the Canadian government is buying a legally-challenged oil pipeline.

In McKenna’s defence, this cognitive dissonance is not unique to the Liberal Party: every major party backs some form of fossil fuel infrastructure. “This is a Canadian problem,” says Catherine Abreau of Climate Action Network Canada. “It is something we need our political leaders to have the courage to face.”

Today is the G7 energy ministers’ turn to meet. Look out for tensions between energy and climate goals. Is a fossil fuel subsidy phaseout still on the agenda? Will references to “clean” fossil fuels creep in?

Efforts to help people forced to leave their homes by the impacts of climate change took a baby step forward this week.

A task force on displacement reported back to the loss and damage committee, calling for a UN-wide response to the growing phenomenon.

As ever, though, there was little sign developed countries are willing to provide new money to tackle the issue.

In some cases, the ability to move is a matter of life or death. An estimated 15,328 people evacuated from the path of Typhoon Mangkhut, which the UN said had saved many lives.

While the precise influence of global warming on this storm has not been quantified, scientists are increasingly confident that human activity is making storms wetter and fiercer.

Saleemul Huq argues that this strengthens the case for polluters to pay compensation to the victims of such disasters.

Exxon Mobil and Chevron have signed up to the Oil and Gas Climate Initiative, in a remarkable turnaround for two of the biggest holdouts against the climate agenda.

Under pressure from shareholders and litigants to make up for decades of denial, they are making a show of support for clean energy and carbon taxation.

It will not satisfy their critics, but the move highlights how passé the Trump administration’s outright rejection of science has become.

Such public declarations of climate action must always be set against the lobbying that goes on behind closed doors to water down policy.

BusinessEurope has been exposed for plotting against efforts to raise the EU’s 2030 climate target. Its membership includes wannabe greenies such as Facebook and Google, as well as the usual suspects in heavy industry.

France is behind on 8 out of 9 climate and clean energy goals, according to analysis by the Observatory on Energy and Climate. The building sector, in particular, is lagging on its lagging.

It is somewhat embarrassing for President Emmanuel Macron, who is plugging the catchphrase “make our planet great again”.

Coming on top of the resignation of environment minister Nicolas Hulot, it’s a reminder that climate action starts at home.