Experts say drought, flooding and storms can force people from their homes and urged the UN chief to develop a system-wide strategy 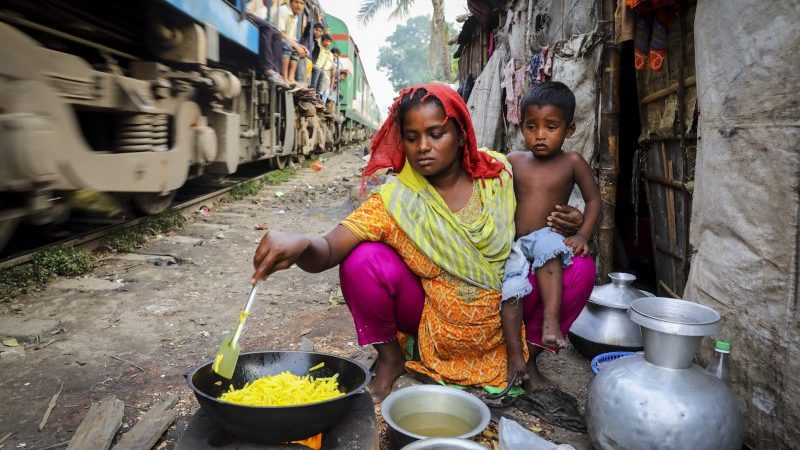 Rita Begum moved to Dhaka after losing her home and her baby daughter to severe flooding in northern Bangladesh (Pic: Civicus/GMB Akash)

The UN needs a coordinated approach to assist people forced to move by floods, storms, drought and other impacts worsened by global warming, an expert panel has found.

In a report released this week, the ‘task force on displacement’ called for better data collection and analysis on climate migration trends, and finance to help those hardest hit.

“The UN currently lacks a system-wide lead, coordination mechanism, or strategy on disaster displacement, including related to climate change,” wrote the authors, who mostly represent UN agencies. They called on secretary general Antonio Guterres to develop a response.

Special feature: What will become of Bangladesh’s climate migrants?

The UN committee responsible for “loss and damage” related to climate change discussed the recommendations in Bonn this week and will report back to the main annual UN climate summit this December.

NGO observers expressed frustration at a perceived unwillingness from developed countries to provide new money for this agenda.

“It is a step forward,” said Care International’s Sven Harmeling of the report, “but there is much more that needs to be done to make these recommendations really meaningful.”

UNFCCC WIM ExCom: objective of rich countries to include "Avert, Minimise" #lossanddamage now clear. They want to put #lossanddamage back under #adaptation, to claim they've provided all the #finance.

Concern about people suffering on the ground? Zerohttps://t.co/vrXirDDtxu

A growing body of research shows how the strains of a changing climate can prompt people to leave their homes. Their journeys may be triggered by an acute disaster like an extreme storm or chronic problems like frequent drought making farming unprofitable.

At a climate action summit in California last week, Mohammad Sayeed Khokon, mayor of Dhaka South City Corporation said he was dealing with a dramatic influx of people.

As a low-lying and densely populated country, Bangladesh is vulnerable to flooding, sea level rise and tropical cyclones, which bear the fingerprints of climate change.

“A lot of the people affected from the rural areas, they migrate to the cities, they live on the streets of the cities. It is one of the big challenges for us to take care of those people who are homeless, who are not employed and living a really very hard life,” Khokon told reporters.

As mayor, he is building social housing and trying to provide services, Khokon said, adding: “We need your support; we need your attention.”