France is lagging on 8 out of 9 climate targets, watchdog warns

For all President Macron’s talk of “making our planet great again”, emissions are not falling fast enough in most sectors, according to an NGO scorecard 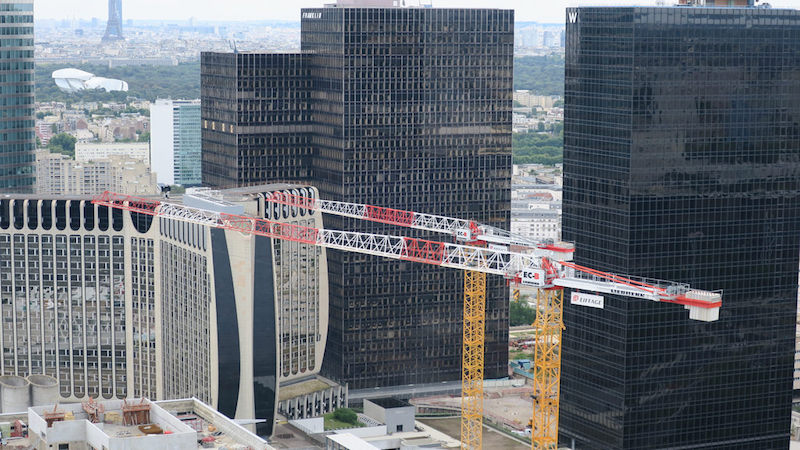 France is lagging behind its climate targets, according to data compiled by the Observatory on Energy and Climate, an independent initiative, released on Thursday.

Diversification of the energy mix was also behind schedule. Renewables scraped to 15.7% of the energy mix in 2016, compared to a 17% goal, while the consumption of fossil fuels rose by 4.5%. Greenhouse gas emissions in agriculture also crept up, exceeding the climate target by 3.2%.

Only the industrial sector was on target, trimming its emissions by 0.8% more than planned.

The figures act as a reminder that, for all of his talk of “making our planet great again”, president Emmanuel Macron has yet to implement his climate pledges at a national level.

“When we’re close to 3% of [fiscal] deficit, the government is desperate. This should be the same when we exceed our carbon budget by 6%,” Anne Bringault, coordinator for the energy transition at the Network for Climate Action, told French environmental publication Reporterre.

Researchers were cautious about pinpointing why the country was behind target. “The objectives are very ambitious, that could explain the difference,” ventured Bringault. “But this is also because we’ve yet to move gear on the volume of [building] renovations.”

Compiled by the NGOs Climate Action Network (Réseau Action Climat) and the Network for Energetic Transition (CLER-Réseau), the scorecard aims to provide the public and politicians with a tool to keep track of France’s progress on climate change.

Researchers behind the Observatory on Energy and Climate cited the UK’s Committee on Climate Change as a model for government accountability on climate change.

“The committee is an independent committee of experts,” says Andreas Rüdinger, a researcher at the Institute for Sustainable Development and International relations, “with a budget of €4 million and a secretariat of 30 people, to monitor the country’s carbon budget and produce an annual report. On this basis, parliament summons the government and holds it to account. In France, these two aspects of expertise and parliamentary control must be strengthened.”