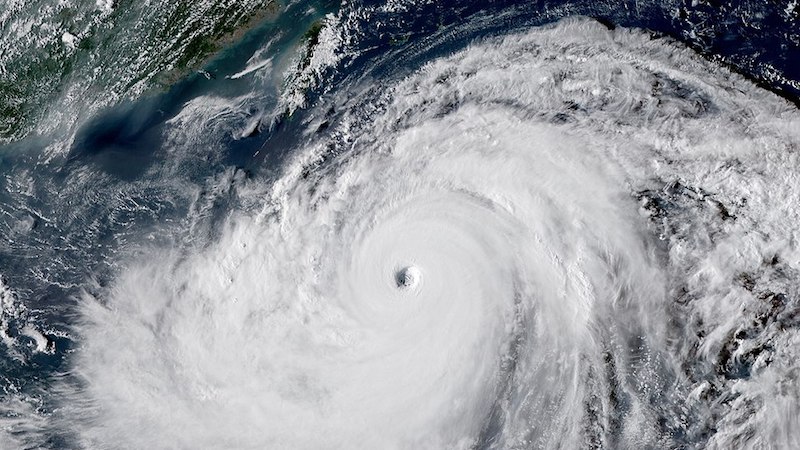 Record numbers fled their homes as Typhoon Mangkhut approached the Philippines last week, saving many lives, according to the UN.

On Saturday, the category 5 typhoon cut across the main Philippines island of Luzon, with winds reaching 285km/h, before moving on across mainland China. On Tuesday, the UN reported the storm had displaced 206,000 people. More than 100 people may have been killed across the Philippines, although reports are uncertain as many remain trapped in landslides.

Despite the ferocity of the storm and the widespread damage, Denis McClean, chief of communications for the UN Office for Disaster Risk Reduction (UNISDR), told a press briefing on Tuesday that many lives had been saved.

“We are seeing relatively low mortality because of the success of weather forecasting early-warning systems and better understanding, better public understanding, of disaster risk,” he said. “The most visible sign of this is the record numbers of people who have been evacuated out of harm’s way over the last ten days.”

The Philippines National Disaster Risk Reduction and Management Council was placed on “red alert” on 11 September – five days before the storm arrived – and at least 15,328 people were pre-emptively evacuated, according to a spokesperson from Oxfam’s Philippines office.

“There is evidence of strong planning, communication, and preparation a week before,” said the spokesperson.

Five years before Mangkhut, the powerful Typhoon Haiyan swept across the same region, killing more than 7,000 people and affecting over 16 million lives. The Oxfam officer said the Philippines had showed this week that the lessons of Haiyan had not gone unlearned.

Clare Nullis, a media officer at the World Meteorological Organization (WMO), told CHN a fact-finding mission in the wake of Haiyan showed a large number of casualties were linked to people ignoring warnings and staying in danger zones because they did not understand the scale of the threat.

That highlighted the need for forecasts that explained the impacts of major weather systems, said Nullis. “In other words, it is no longer enough to know what the weather will be, we are trying to explain more about what it will do.”

In the Philippines, clearer symbols were developed to communicate the risks of extreme weather. As Mangkhut approached, warnings were issued through social media, TV, radio and SMS. Community leaders were also used to convey the risks.

“With Mangkhut, it does seem that the warnings were indeed, for the large part, heeded,” said Nullis.

Across the world there has been a ten-fold reduction in loss of life from weather-related hazard as the forecasting and communication of the dangers posed by extreme weather improves, Nullis said.