2015: A year for carbon pricing, peer pressure and Paris

There are three big UN deals due in 2015: what happens in the markets and on the streets will be critical 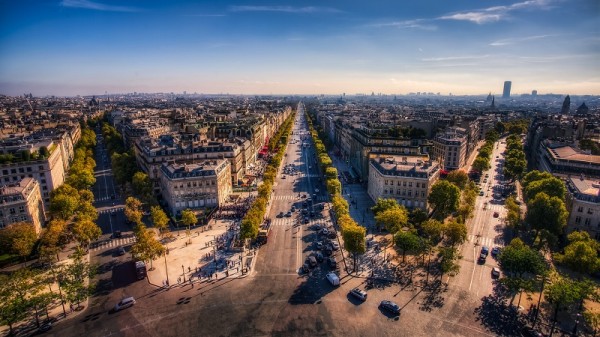 Which path to Paris? It’s all to play for
(Pic: Flickr/Justin Brown)

The year 2015 is burned into climate watchers’ brains, and internal satnavs set to Paris.

In December, this is where negotiators from around the world are set to strike a global deal to tackle climate change.

What happens in the next 12 months politically, economically and environmentally could make or break that deal.

Parallel efforts on disaster risk reduction and sustainable development will be critical to protect vulnerable communities and grow green industries.

Meanwhile, the future of fossil fuels is in the balance, as negotiators contemplate an almost total phase-out by 2050.

More universities, faith groups and local authorities are lining up to divest from fossil fuel companies than ever before. Their concern is over the climate impact of pumping money into the industry.

Mainstream investors, too, are increasingly alive to the “carbon bubble” risk – that climate action could kill the energy sector cash cow.

They are pressing the likes of Shell, Exxon Mobil and BP to explain how their business plans fit with the international goal to limit warming to 2C above pre-industrial levels.

Effective action on climate change means investment in expensive projects like tar sands will not pay off – a danger the last six months’ oil price freefall from US$115 to US$60 a barrel has underscored.

Some US$200 billion of high-cost projects have already been cancelled and Goldman Sachs estimates another US$1 trillion are at risk from sustained low oil prices.

As for coal, the Carbon Tracker Initiative, which popularised the term “carbon bubble”, predicts fire sales of mining assets.

Coal demand is growing in Asia, but not as fast as producers expected. Driven by concern about deathly smog engulfing its cities, even energy-hungry China is pursuing alternatives.

For the first time, the Bank of England is considering whether the carbon bubble threatens the stability of the whole financial system.

If it comes up with the answer “yes”, that will profoundly influence the market, giving a boost to low carbon sectors and financial instruments like green bonds.

After a surprise ban on fracking in New York state on health grounds, activists are setting their sights on California, with plans for a rally in February.

When they take control of Congress in January, Republicans plan to push through the controversial Keystone XL pipeline, which would transport oil from Canada’s tar sands to the US.

It remains to be seen whether president Barack Obama will exercise his right to veto the pipeline, which has become a touchstone of the climate debate, although his recent comments suggest he’s veering towards rejection.

European Greens are resisting moves to ease trade in fossil fuels across the Atlantic – not least the carbon-intensive tar sands.

They fear the comprehensive economic and trade agreement (CETA) agreed with Canada and the transatlantic trade and investment partnership (TTIP) under negotiation with the US will water down environmental protection.

Down under, the focus is on a proposed port development next to the Great Barrier Reef that would open up trade for new coal mines.

As rising temperatures shrink the Arctic’s sea ice, Shell is planning to drill for more oil in the pristine wilderness – a move likely to attract fierce opposition from Greenpeace.

India’s Mahan forest, which won a reprieve from coal mining as a result of a corruption probe, will come under renewed threat.

Amid upheaval in the energy markets and popular movements against fossil fuels, governments must consider what they can do to encourage a shift to green growth.

The IEA estimates governments dished out US$550 billion to coal, oil and gas companies in 2013, four times the support for renewables.

Then there are growing efforts to put a price on climate pollution, whether through taxes or emissions trading schemes.

Building on seven regional pilot schemes, China is set to reveal details of a national carbon market, which will overtake the European Union’s as the largest in the world.

With some of the world’s leading economic authorities backing a price on carbon, governments will be under pressure to act in 2015.

More than 1,000 businesses have backed a World Bank call for carbon pricing and a detailed study from the IMF showed it brings immediate economic benefits.

Against this backdrop, the Lima Call for Climate Action agreed in the last round of UN climate talks will be put to the test.

It outlined how countries must put forward the building blocks for that global climate deal to be signed in Paris next December.

In the first three months of the year, rich countries are expected to submit national plans for cutting their greenhouse gas emissions to the UN. This is not obligatory, but to refuse is to risk international pariah status.

While many already have government policies to encourage clean energy and penalise polluters, it could prompt laggards like Australia and Canada to pull their fingers out.

In spite of a US Congress hostile to climate action, President Obama is set to confirm measures to curb emissions.

The European Union, under newly appointed climate commissioner Miguel Arias Canete, will set out details of its strategy to curb emissions “at least” 40% on 1990 levels by 2030.

Developing countries, too, are encouraged to set out climate plans if they can, by June.

This represents a break with the climate regime of Kyoto, under which only the richest states had to cut emissions.

China, the world’s biggest emitter, is promising to reveal more details of its strategy to peak emissions by 2030.

More than ever, the plans of emerging economies like Brazil, South Africa and India will go under the spotlight.

After November’s groundbreaking US-China climate pact, all eyes turn to India when Obama visits in January.

Washington and Delhi have denied reports the US is putting pressure on India to name a year for peak emissions, but a climate-related announcement seems likely.

The average Indian is responsible for less than 2 tonnes of carbon dioxide a year, compared to 7t for China and 16t for the US.

Yet with 1.2 billion Indians, that adds up to 7% of global emissions. The country’s investment choices over the next few years – coal or solar power, cars or public transport – are critical.

The poorest countries have little in the way of emissions to cut, but may choose to highlight their adaptation needs and opportunities for green growth – and the support they need to realise them.

This brings us to climate finance. The UN-backed Green Climate Fund has hit its start-up target of US$10 billion. Now it needs to spend it. Officials have said the first projects could be approved by June.

Two separate UN processes have the potential to either complement or confuse the situation.

Countries are set to agree a disaster risk reduction plan in March and the post-2015 sustainable development goals in September. Both include a finance element.

The former is relevant to climate adaptation, as many of the disasters it prepares for are extreme weather events that are becoming more frequent and severe with climate change.

The latter may or may not include climate action, as countries seek to pare down the list to a manageable number of goals.

By 1 November, a month before Paris, the UN will tot up all the national contributions to see how much warming they imply.

The agreed goal is to limit global average temperature rise to 2C above pre-industrial levels.

The UN will conclude its review on the chances of a 1.5C limit, which the countries most vulnerable to climate impacts continue to demand.

While scientists say that tighter goal is still technically feasible, politically it looks challenging, to say the least.

On the whole, diplomats do not expect next year’s voluntary submissions to set the world on the most cost-effective path to 2C, which entails steep emissions cuts.

They talk about a Paris deal that keeps 2C “within reach”, in the hope that peer pressure will spur governments to greater ambition in future.

That is what looks most likely now, at any rate. But the draft text includes some radical options that could yet make it into the final version.

What is possible inside the negotiating chamber will, as always, be determined by the market and cultural forces outside it.

Campaigners, businesses, politicians: there is everything to play for.