Tax oil, wipe out emissions by 2050, divide up a carbon budget: how high could the Paris climate agreement aim? 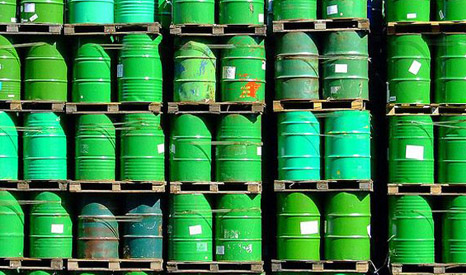 In little over two months, 192 countries will start work on one of the most ambitious international agreements ever conceived.

They will attempt to curb the use of oil, gas and coal, fuels that have formed the bedrock of modern civilisation.

In doing so they will set the world on a different economic pathway, boosting cleaner forms of fuel and providing financial help to poorer parts of the world.

Recent UN climate negotiations in Lima concluded with the approval of a 37 page document outlining various “elements” that could form the building blocks of such a deal.

None have been approved. Many will disappear. Some new ideas may spring up. All will be fiercely scrutinised in the coming year.

But the current set of proposals do offer a sense of the ambition and direction countries are heading in. Here are seven worth looking at.

Everyone knows that fossil fuels are already subject to taxes. What makes this different is that it would be a levy on oil exports from developing to developed countries.

The idea was presented to OPEC by Ecuador in 2013. Labelled the Daly-Correa tax after Ecuadorean president Rafael Correa and former World Bank economist Herman Daly, it could raise $40-60 billion a year for the Green Climate Fund.

The OPEC cartel, which includes Venezuela, Iran, Saudi Arabia, Nigeria, Ecuador and Angola, could impose it unilaterally, but would require wider support from other leading oil and gas producers.

The concept of a global carbon emissions budget was elevated by the Intergovernmental Panel on Climate Change (IPCC) at the end of last year, when it published its major review of climate science.

They warned that less than 1,000 gigatonnes of CO2 (GTCO2), or about 30 years of emissions, can be released from burning fossil fuels before warming of over 2C is locked into the earth’s system.

What is proposed here is that each country is allocated a slice of that pie, based on “historical responsibilities, ecological footprint, capabilities and state of development.” If agreed (unlikely) that means the US and Europe would have to radically decarbonise.

3. Zero net emissions (p8)
If the world could achieve carbon neutrality by 2050, this would be in line with trajectories laid down by the IPCC to ensure the planet avoids warming of beyond 2C.

It would also wreck the business model of Exxon, Chevron, Shell and BP, not to mention Russia and all the OPEC states.

The idea of a long term carbon neutrality target has garnered political support from World Bank chief Jim Kim, along with France, Sweden, Norway and the EU, and gained considerable media attention at the recent Lima talks.

If the development of carbon capture technologies were accelerated, it could also be possible to meet this goal while burning limited quantities of oil, gas and coal.

4. Cash. Lots more (p14)
Finance is the killer issue at global climate talks. If the money was flowing it would be a lot easier for countries to agree to curb carbon.

One proposal is that developed countries (those classed as rich in 1992) put forward US$150 billion a year for mitigation and adaptation from 2020.

In one sense the figure is conservative. Former World Bank chief economist Nicholas Stern says trillions will be needed in the next decade for investment in infrastructure, and argues this should all be directed at low carbon projects.

But given developed countries barely scraped together $10 billion for the Green Climate Fund this year, it also seems ambitious.

5. More cash (p20)
Another idea to raise funds (yes, this is a contentious issue) is for developed country parties to provide 1% of GDP from 2020 to the Green Climate Fund.

If that seems practical, the official development assistance goals of G7 countries show how challenging it could be. Earlier in 2014 the UK met its goal of directing 0.7% of gross national income (GNI) to ODA projects. That made it the first to meet a target agreed by international donors in the 1970s. According to the OECD, the average ratio is 0.3%.

6. Equity reference framework (p37)
One critical question is how the contributions of countries to a global climate pact are assessed. Who judges what is an adequate emissions reduction target, or what level of cash is appropriate?

This is currently being left to individual governments to decide. But there is a push for tougher analysis. One idea is for an equity reference framework, which in theory would bypass political arguments by offering neutral guidelines based on the responsibility, capacity and need of states.

Earlier this year, scientists at the Stockholm Environment Institute and EcoEquity built a calculator and ran the numbers. They worked out the UK needs to cut emissions 94% by 2020, US by 73% and China just 9.4%. It could be a hard one to sell.

7. Sanctions  (p38)
How to ensure countries play ball? Canada pulled out of the Kyoto Protocol, the world’s only legally binding climate deal, as it said it could not comply. The US never signed up. Japan and New Zealand pulled out. In all of these cases there was no comeback.

One idea mooted is “sanctions for recurring non-compliance”, another is the “use of economic sanctions such as market mechanisms as a way to promote compliance”. A third option suggests “facilitative” measures for developing countries and “sanctions” for developed.

It’s hard to see major economies like the US, China, Russia or India accepting any of these, but without a way to ensure compliance, how tough will the proposed 2015 deal really be?